DEMRE AND PATARA: THE LAND OF SANTA CLAUS 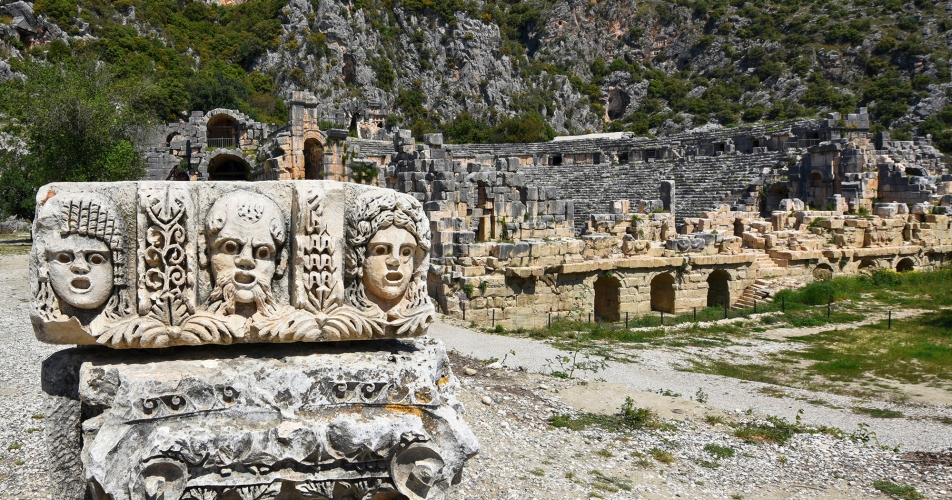 Santa Claus, who is portrayed as an old man wearing red-and-white clothing and driving a sleigh pulled by a team of flying reindeer carrying gifts to children, was actually Saint Nicholas who was born and bred, lived to become a bishop, achieved sainthood, and eventually buried in the land which is in the present day borders of Türkiye.

Saint Nicholas, who is involved in many a childhood memories, was born in and lived his life in lands which is part of Türkiye. His birth place is the ancient city of Patara, which is adjacent to the Gelemis village of the Antalya province. Following his education, Saint Nicholas became the bishop of Myra, present day Demre town. There is a church in Demre built in memory of Saint Nicholas which also harbours his grave. During your visit to Türkiye, you may follow the footsteps of Saint Nicholas by visiting all settlements in a couple of days, and enjoy the natural beauty and historical heritage they offer to you.

From St. Nicholas, Patron Saint of Poor, Children and Sailors, to Santa Claus

Nicholas was a Lycian, and he became a world renowned saint because of his life dedicated to doing kindness to needy and on the merits of miracles attributed to his intercession. He was the only son of a wealthy family and chose to become a priest. Saint Nicholas shared his wealth with poor, but hr did this through secret gift-giving. He was renowned for secretly providing assistance to the needy in the form of gifts delivered secretly through windows and chimneys, and his memory is converted into the present day popular belief in Santa Claus.

While Demre is most associated settlement with Saint Nicholas as he was the bishop there, and the church bearing his name and his grave are there, his birth place Patara where he spent his youth also upheld the memory of the saint. The city where the miracles of Saint Nicholas have taken place was Patara. Patara was the capital city of Lycian League and the extraordinarily well preserved ruins would attract your attention. The structures most visited are the Theatre, the restored Boule (council house), the Light House, the Triumphal Arch, the colonnaded high street, a temple, and numerous chapels. Great portion of the ancient city has been buried under the sand dunes carried by the Mediterranean Sea. While the shifting sands rendered the commercial harbour of Patara unusable, it has also created one of the longest and most beautiful beaches of the whole coast of Mediterranean Sea. During your visit to Patara you may have excursions to the ancient ruins, and enjoy sun and sea on the beach which is renowned for being the nesting site of loggerhead sea turtles (Caretta caretta).

Demre (Myra): Visiting the Church and Tomb of Santa Claus

As Saint Nicholas served as the Bishop of Demre, he is identified with the town. Also, he died and was buried in the town, and a church built over his tomb. During the Medieval era, the church was a centre of pilgrimage and even today visitors inundate the church. In the past seafaring pilgrims to Jerusalem stopped over Andriake, the port city of Demre, travelled inland to visit the Saint Nicholas Church and sought cure from the holy oil cult. Since 1983 every 6 December, the day of his death, activities centred on the "Santa Claus World Peace Appeal" are organised in Demre to commemorate this important saint of the Christian world. Adherents of different faiths participate in prayers for peace during the ceremonies, to remind an era when different cultures and religions lived together in peace for thousands of years in Anatolia.

Myra is one of the cities of antiquity adorning the Mediterranean coast of Türkiye. The city is 7 km inland. According to Strabo, Myra is one of the six major cities of the Lycian League. There are remarkable rock tombs hewn into the cliff faces which are identifiable to Lycia cities. Most of the ancient city is under the layers of earth awaiting exploration while the theatre is the principal building available to visit.

Demre and Patara are in Antalya province which is one of the principal tourist destinations of Türkiye. The Antalya international airport has direct scheduled flights as well as chartered flights from a multitude of countries. Demre and Patara could be visited by coaches and shared-minibuses departing from Antalya city centre. The distance between Antalya and Demre is 140 km, and between Antalya and Patara is 230 km. Patara could also be reached from Dalaman international airport which is 125 km. to the west. 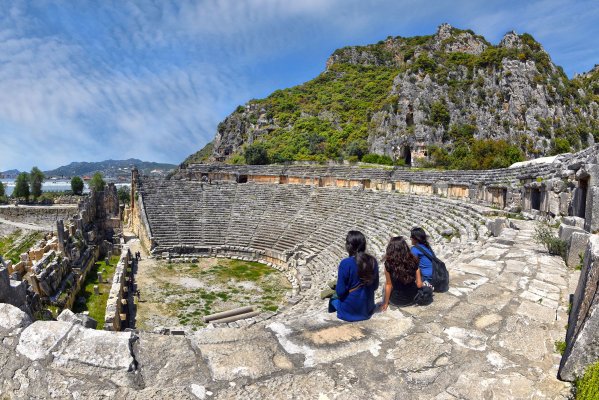 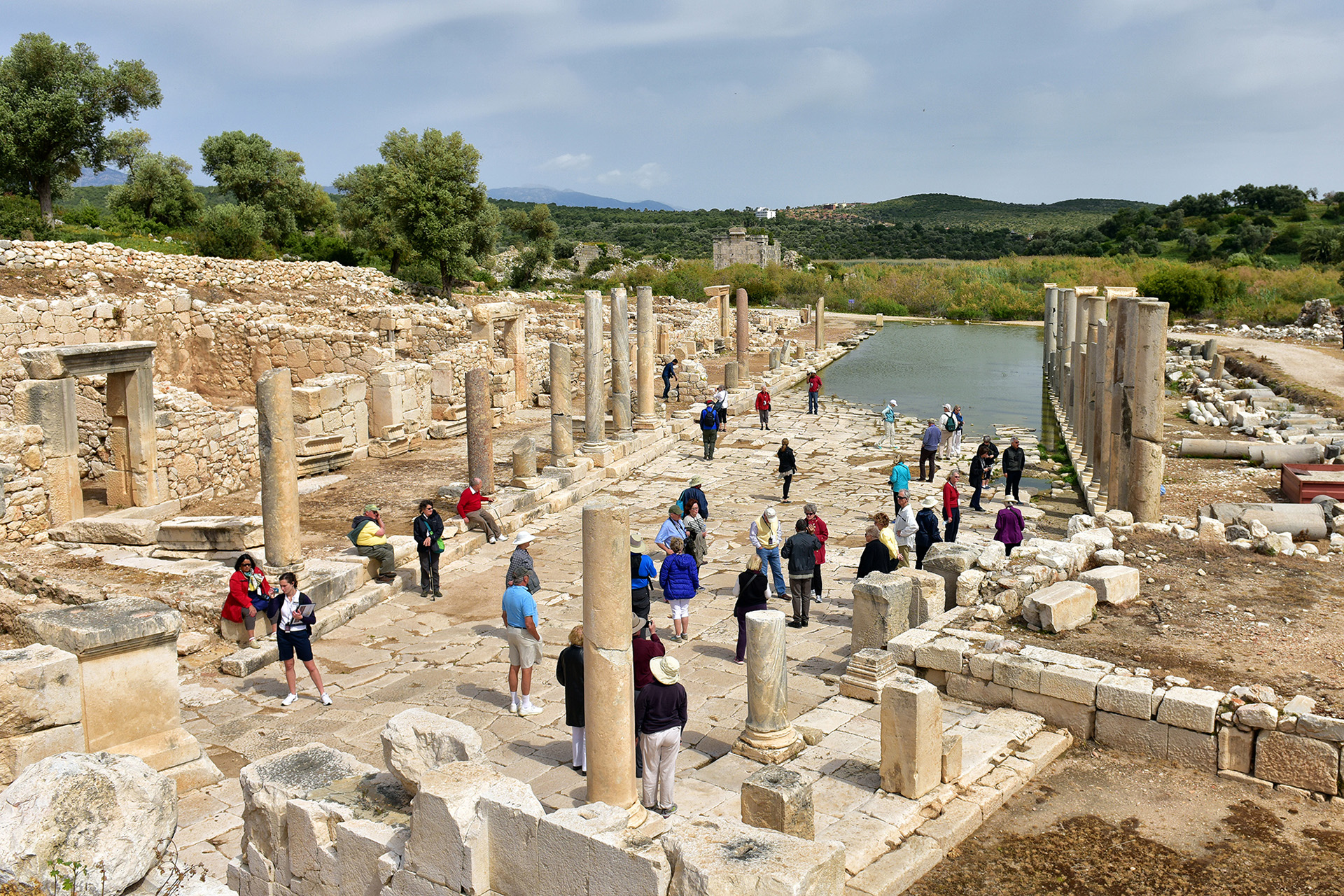 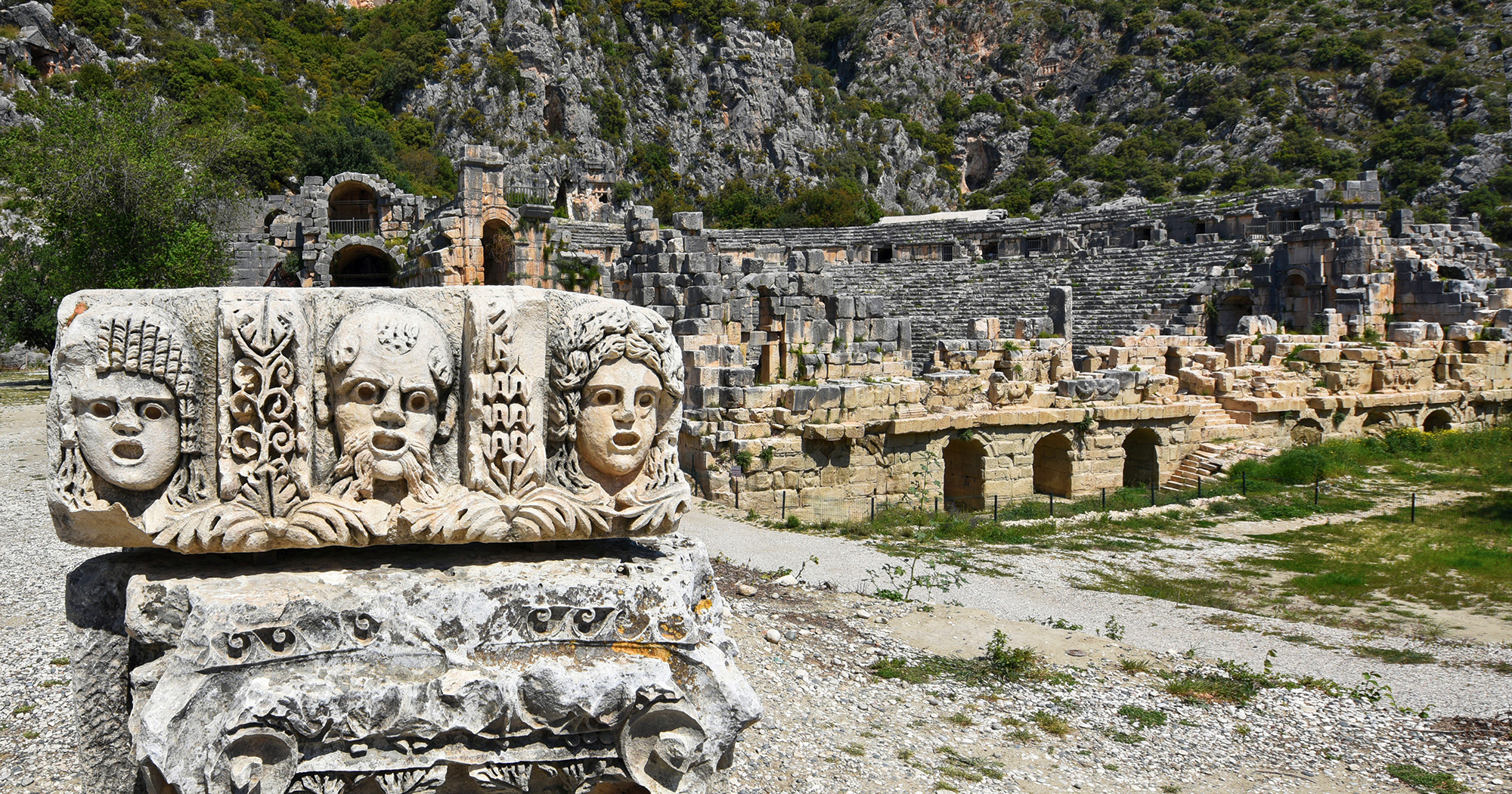 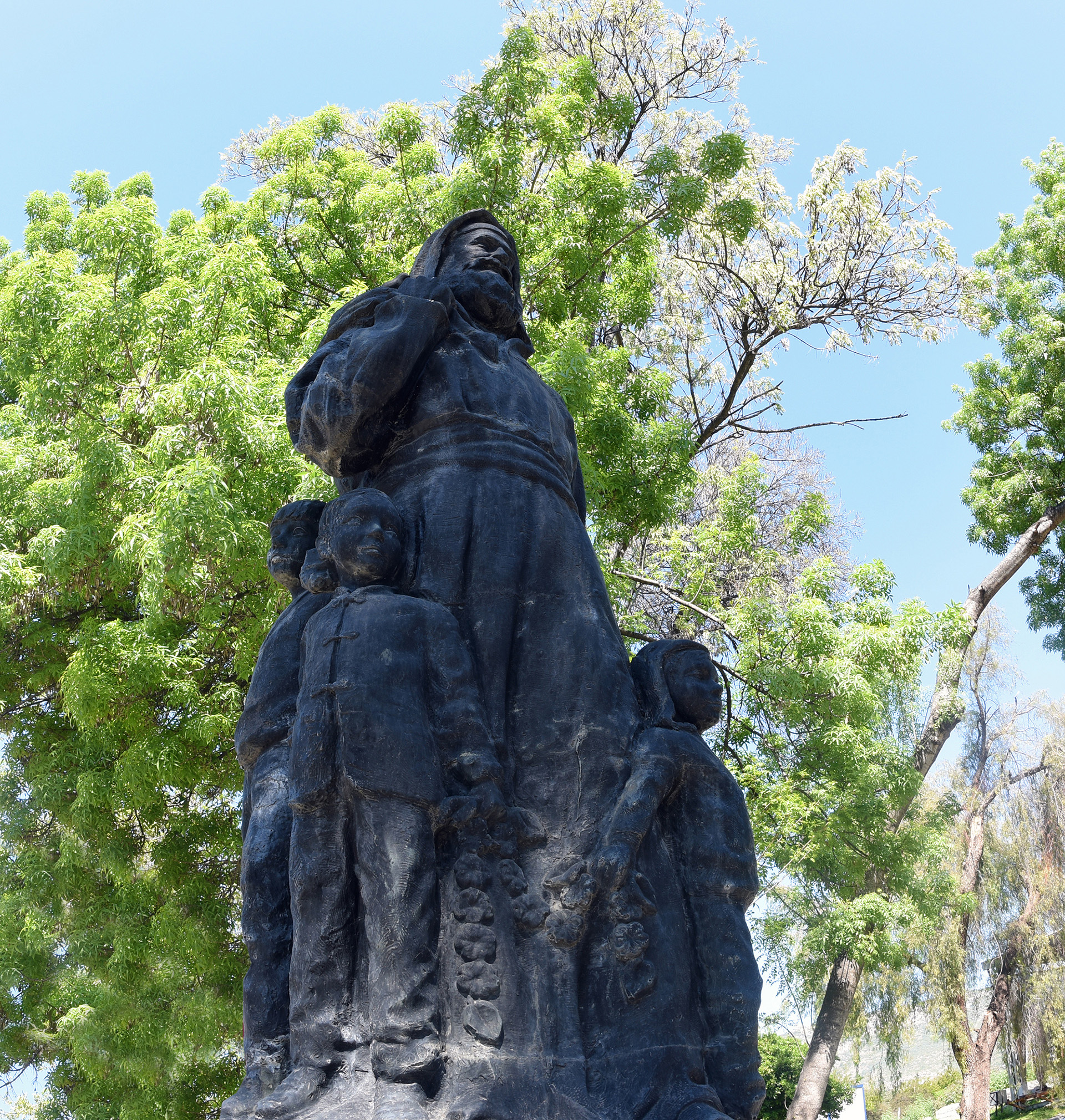 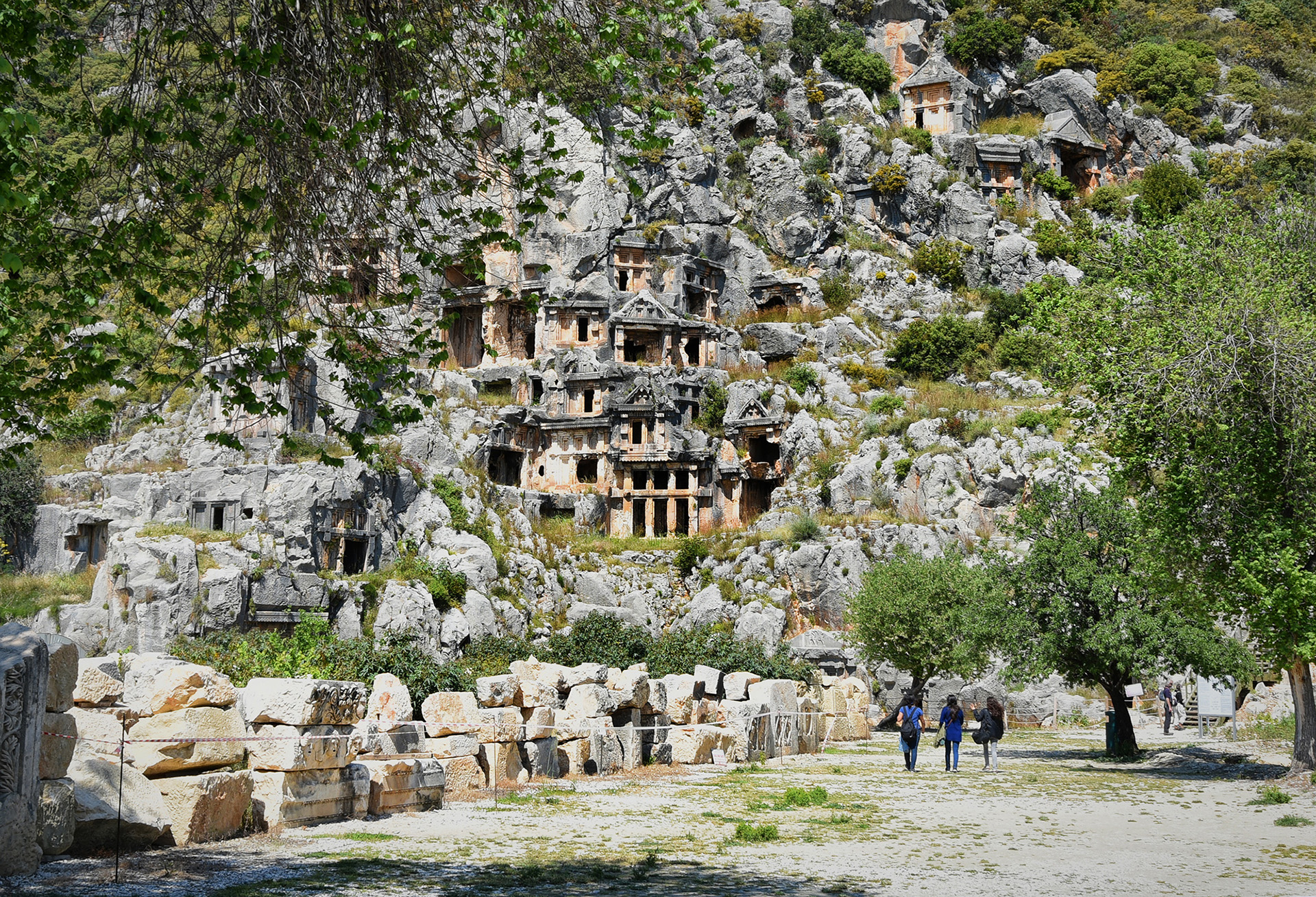 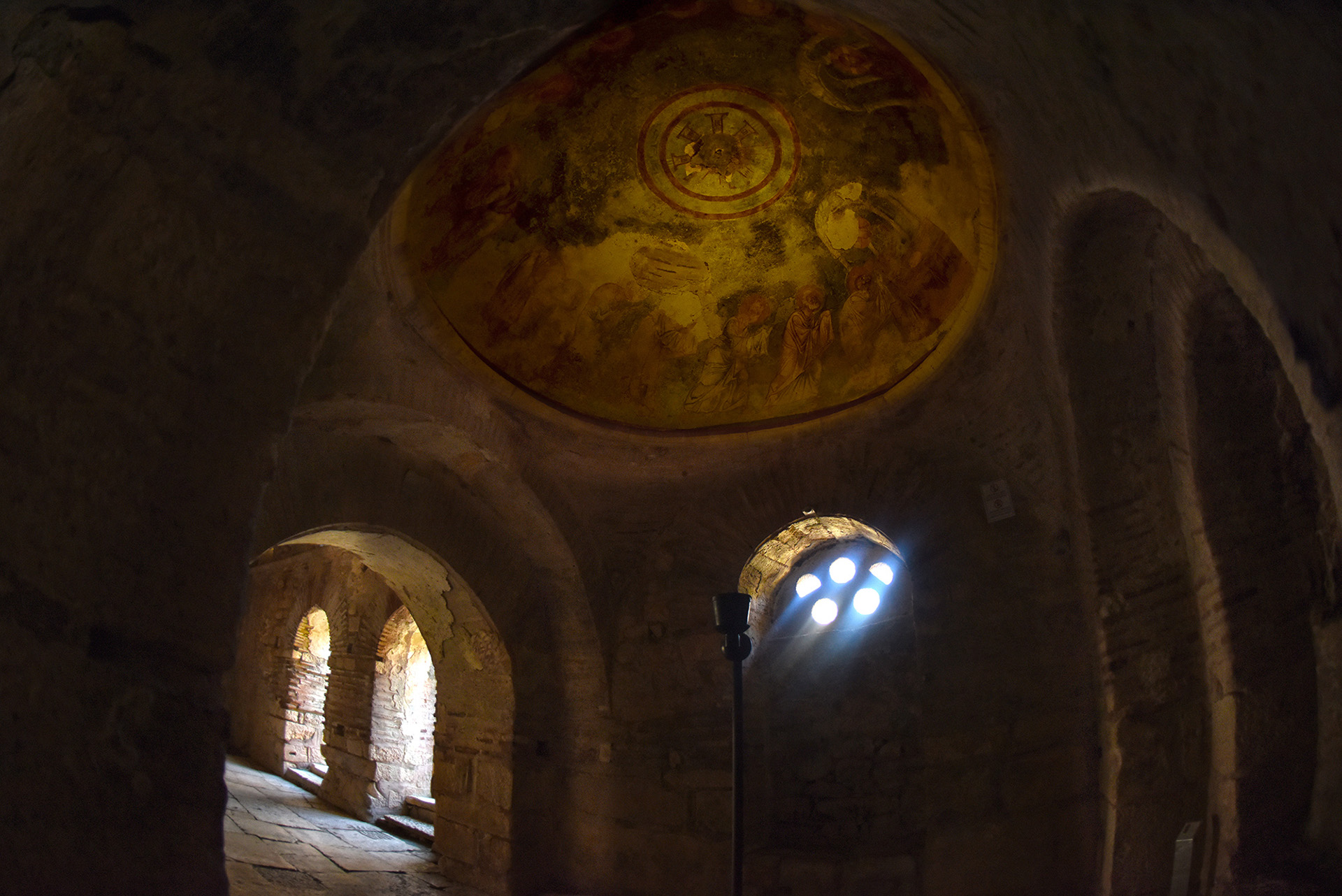 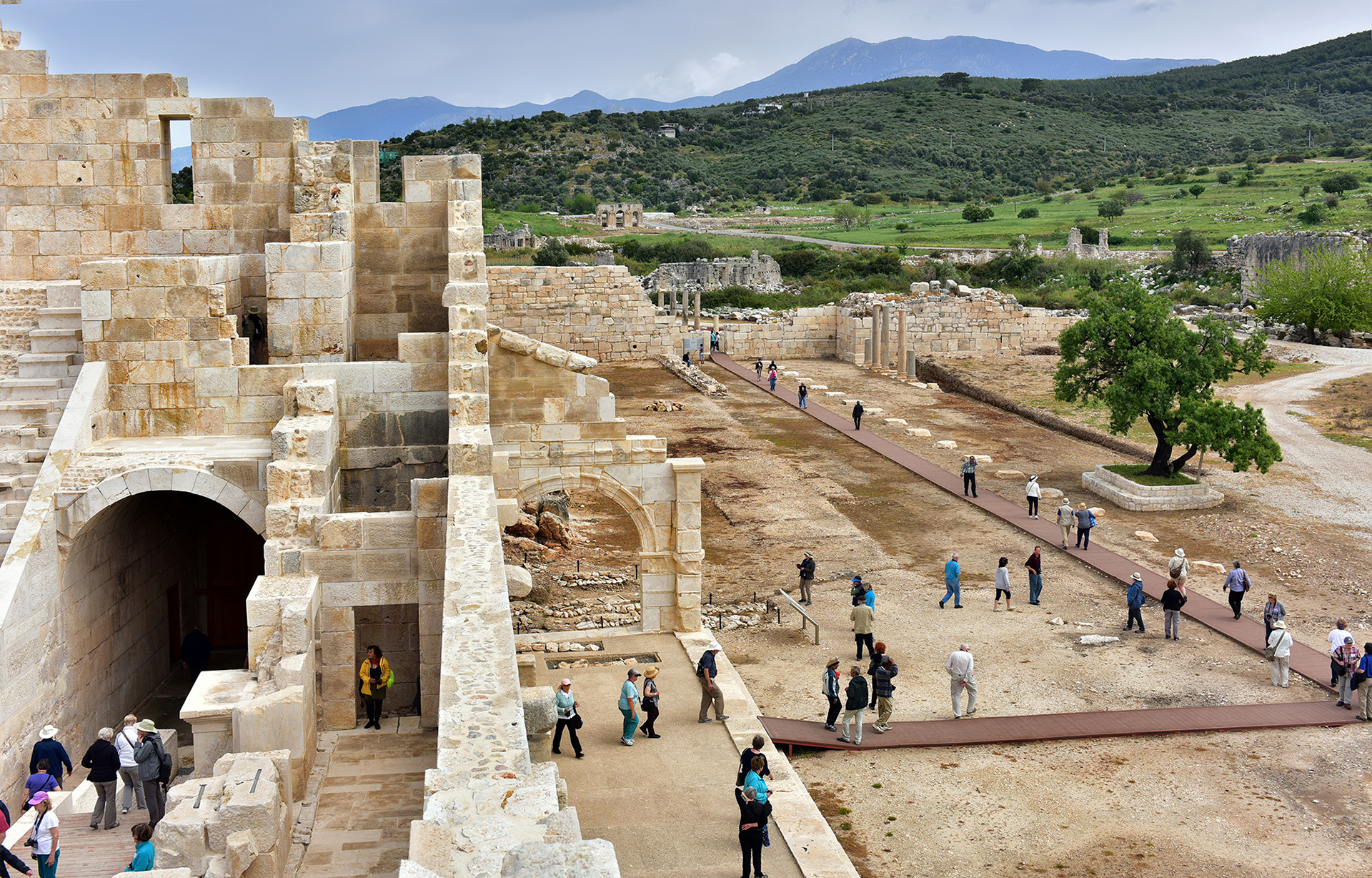 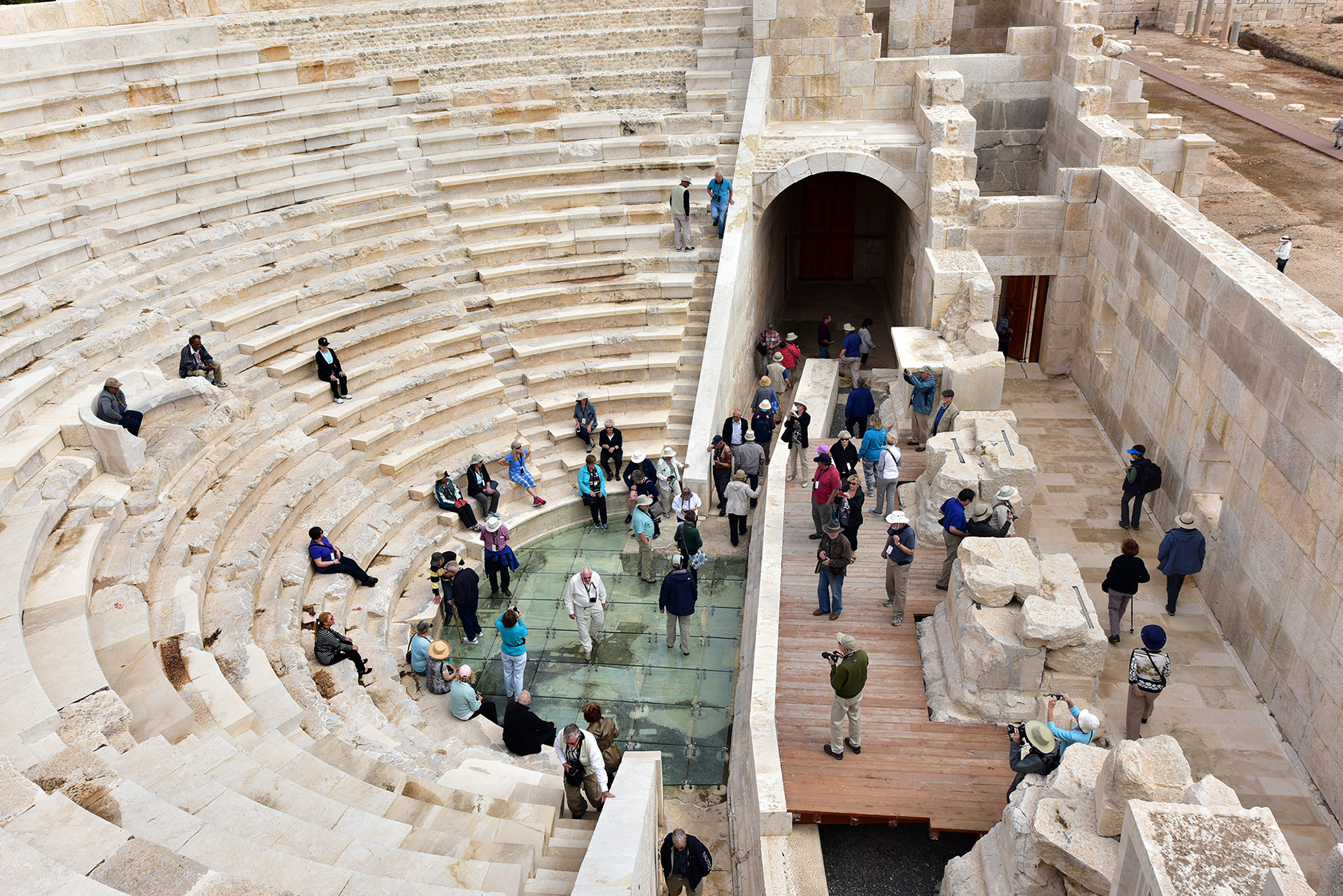