CANAKKALE: FROM TROY TO GALLIPOLI 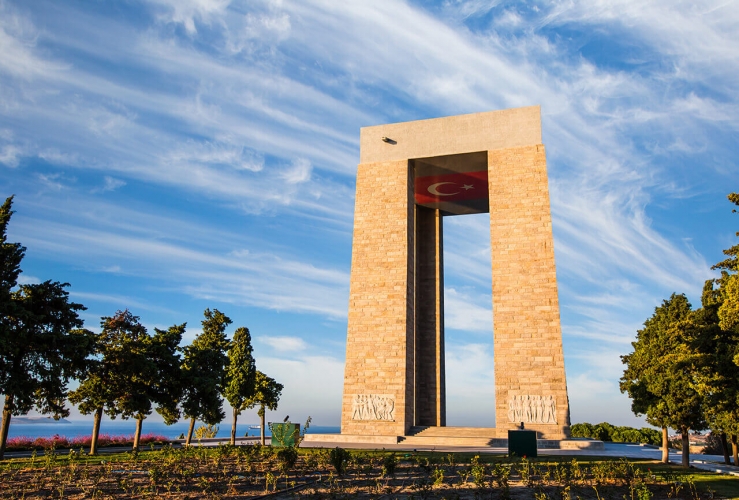 Çanakkale is an honourable resting place for the soldiers who lost their lives in Gelibolu.

The city of Çanakkale lies at the narrow 1200m entrance to the Çanakkale Strait (Dardanelles) that connects the Sea of Marmara and the Aegean. Passenger and car ferries run daily between Çanakkale on the Asian side and Eceabat and Kilitbahir on the European side. Yachts navigating the straits stop at the well-equipped Çanakkale Marina to allow tourists more time in the area. Hotels, restaurants and cafes along the promenade offer visitors a place to enjoy the harbour, as well as providing a view of the Kilitbahir Fortress and Çanakkale Archaeological Museum. What is more, the Archaeological Site of Troy was added to the World Heritage Cultural List of UNESCO, inviting history fans to its magnificent ancient settlement ruins.

The Historic National Park of the Gelibolu Peninsula was established to honour the 500,000 soldiers who lost their lives in Gelibolu, also known as Gallipoli. In 1915, Mustafa Kemal, the commander of the Turkish army, led a successful campaign to drive out allied powers from the area. The park accommodates memorials, monuments and cemeteries as well as the natural beauty of the Arıburnu Cliffs and Tuz Gölü (Salt Lake). The beauty of the green hills, sandy beaches and blue waters are an honourable resting place for the soldiers who bravely fought and died in this historic battle. One cannot help but sense the heart of the Turkish nation in the patriotic spirit of Gallipoli. As the largest of the Turkish islands, Gökçeada is ringed with pristine bays.

Its hills covered with the green of pine and olive trees are dotted with sacred springs and monasteries. Regular ferry boats make the trip from Çanakkale and Kabatepe possible and in August both islanders and tourists gather for colourful local fairs.

As you get near to Bozcaada Island, the Venetian castle captures your attention. Then your eyes are drawn to the glistening white houses and restaurants and cafes which line the promenade. Wine seems as plentiful as water on this island and a tour reveals many vineyards and wine cellars. There are good sandy beaches at Ayazma, Poyraz and İğdelik.

Homer immortalized Troia (Troy) in his stories of King Priam, Hector, Paris and the beautiful Helen. Archaeological excavations have revealed nine separate periods of settlement here including ruins of city walls, house foundations, a temple and a theatre. A large and symbolic wooden Trojan horse marks the legendary war today. The ancient harbour of Alexandria-Troas was built in the 3rd century BC and St Paul passed through the city twice on his third missionary journey going on to Assos. The acropolis of Assos (Behramkale) is 238m above sea level, with the Temple of Athena being constructed on this site in the 6th century BC. This Doric temple is currently being restored to its former glory and role as guardian of the Biga Peninsula and Gulf of Edremit. Wander around to see the moonlight scattered through the temple ruins! Or rise early for the awakening dawn over the acropolis! From the top you can take in the magnificent vista of the Gulf of Edremit and appreciate this heavenly location. On the terraces descending to the sea are agoras, a gymnasium and a theatre and from the northern corner of the acropolis, you can see a mosque, a bridge and a fortress, all built by Sultan Murat I in the 14th century. Down below lies a tiny and idyllic ancient harbour. Assos has gained the reputation of being the centre of the Turkish artistic community with its lively, friendly and bohemian atmosphere – this may be the place you will always remember for years to come. In the village of Gülpınar, 25km west of Behramkale, is the ancient city of Chryse where the 2nd-century BC temple of Apollo is located. Babakale, a scenic village of houses terraced on a cliff which drops to the sea, is 15km west of Gülpınar that is located on an unmarked road that follows the jagged coastline.

The town of Biga has given its name to an entire peninsula; it is a town of parks and a good place to see houses built in the traditional style. The closest beaches are at Karabiga, Şahmelek and Kemer where you will find reasonably priced accommodation. Karabiga was associated in ancient times with the god Priapos and thus has roots of fertility cult. Çan is well known for its ceramics and sulphur springs which are thought to be helpful for various disorders of liver, intestine and urinary tract. Two other hot springs can be found at nearby Külcüler and Kirazlı.

Kaz Dağı (Mount Ida, 1774m) is situated at the southern tip of Çanakkale and in the beautiful Kaz Dağı National Park among its magnificent landscapes, restful green areas and several hot springs. Here in Pınarbaşı, the world’s first beauty contest was held between Aphrodite, Hera and Athena. According to the legend, the Evil Goddess of Discord, Eris, who was not invited to the marriage banquet of King Peleus and the sea nymph Thetis, threw a golden apple marked "For the fairest" into the banqueting hall. All the goddesses wanted it and in the end the choice was narrowed down to Aphrodite, Hera and Athena. They asked Zeus to judge but he refused and told them to go to Mount Ida, near Troy, where the young prince Paris would judge their cases. Paris was doing shepherds´ work as his father Priam, the King of Troy, had been warned that this Prince would some day be the ruin of his country, and so had sent him away. The goddesses all offered him bribes so the choice was not easy. Hera promised to make him the Lord of Europe and Asia; Athena that he would lead the Trojans to victory in war; and Aphrodite that the fairest woman in the world should be his. He chose the last and gave Aphrodite the golden apple. That was the judgement of Paris, famed everywhere as the real reason behind the Trojan War.

A knowledge of mythology is not a prerequisite for enjoying the beautiful, restful green of Pınarbaşı though with its hundreds of fresh springs, beautiful trees shading the picnic areas and the invigorating hot springs of Güre. At the northern entrance to Kaz Dağı National Park, via Bayramiç and Evciler, are the main daily camping facilities. Haklım, Hamdibey and Akçakoyun are the towns popular for nature tourism. In Bayramiç, 60km from Çanakkale, can be found the beautiful 18th-century Ottoman Hadimoğlu Mansion with an ethnographical museum. 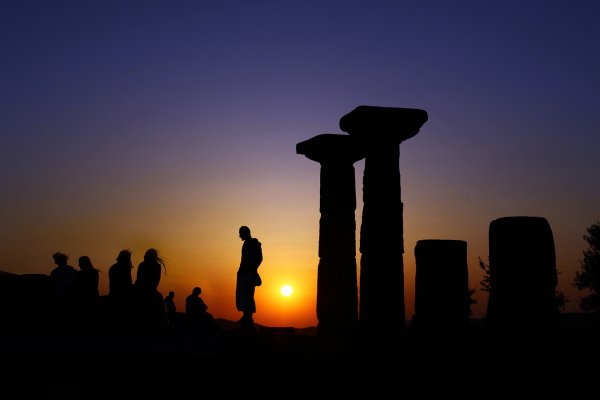 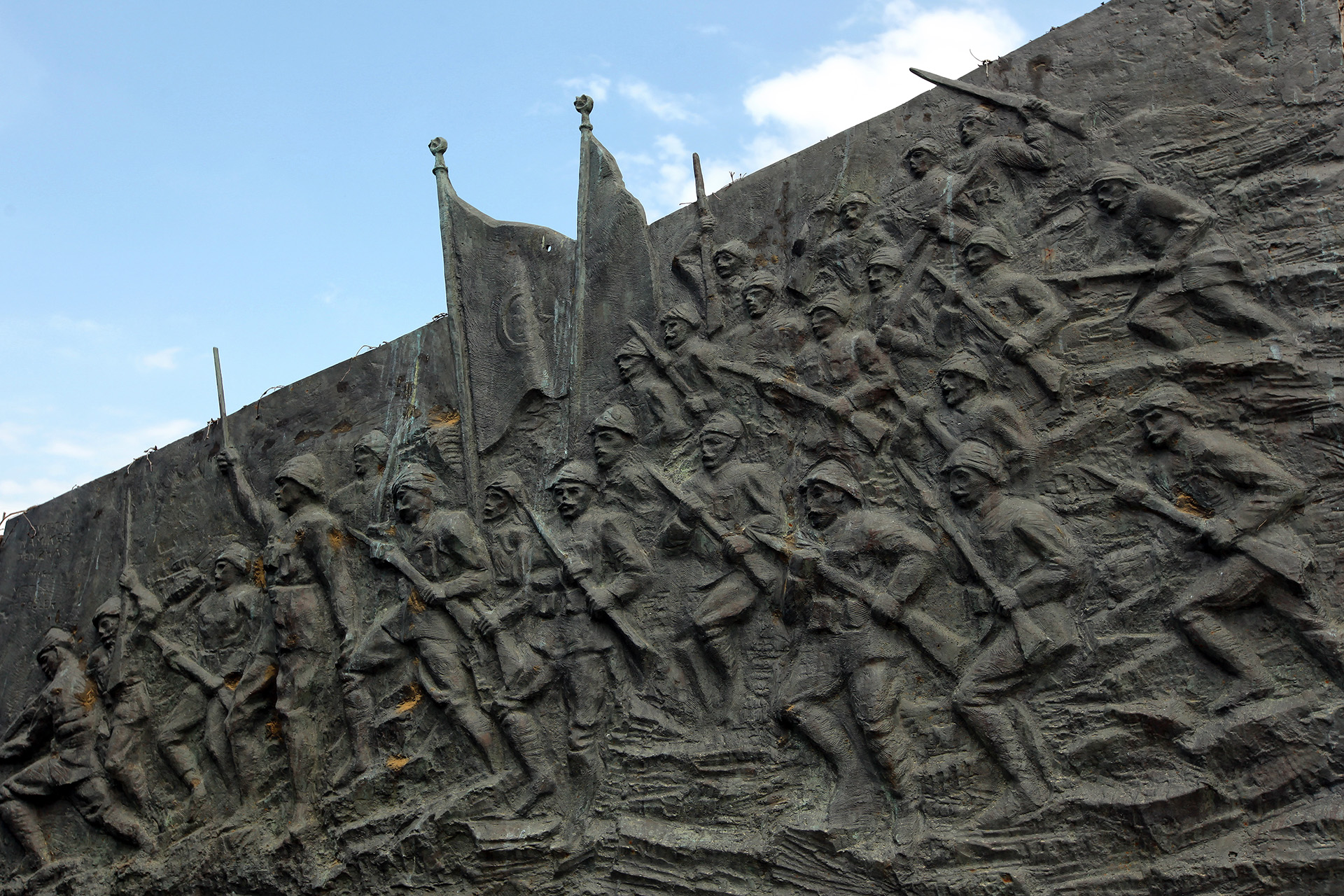 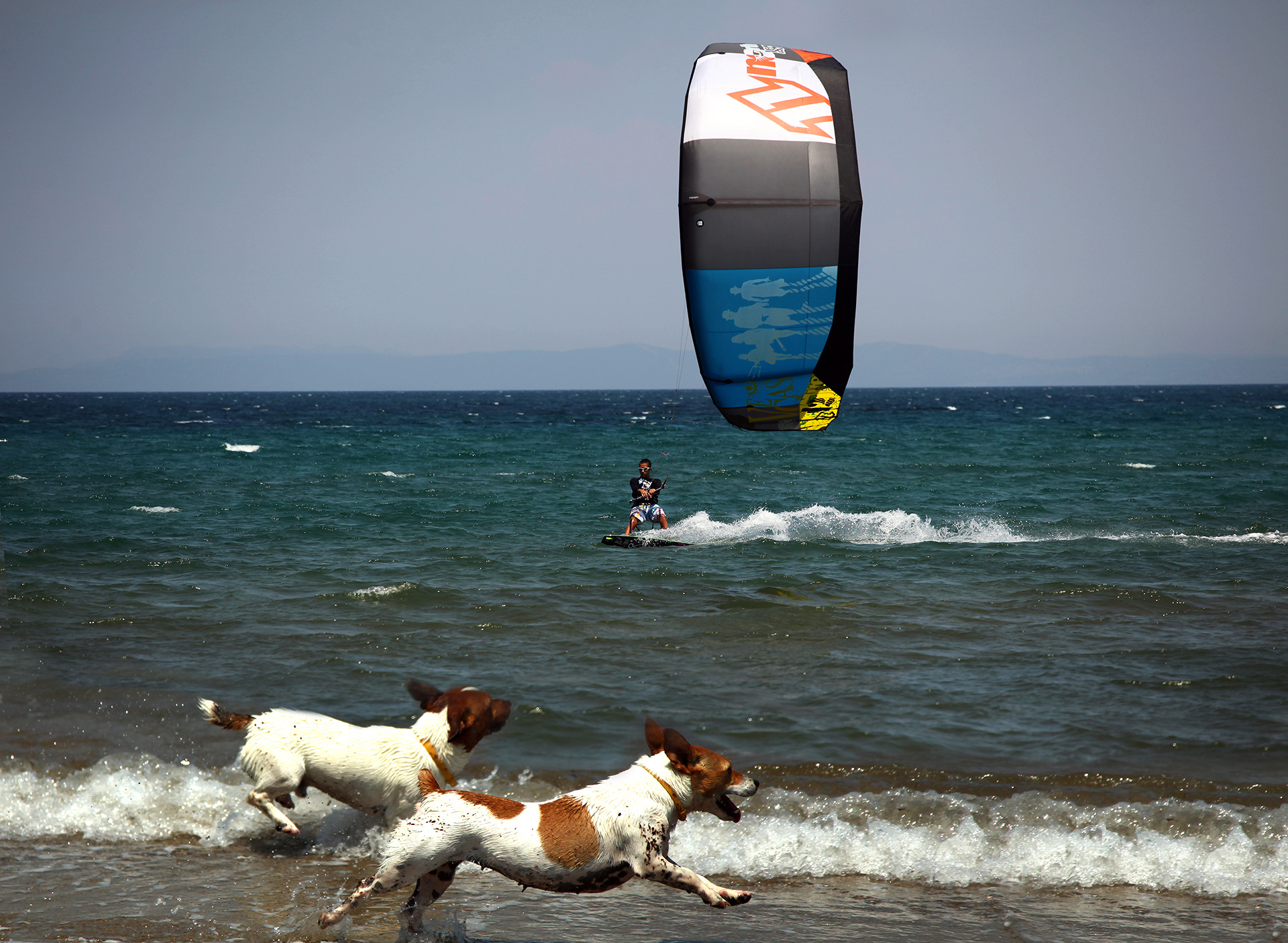 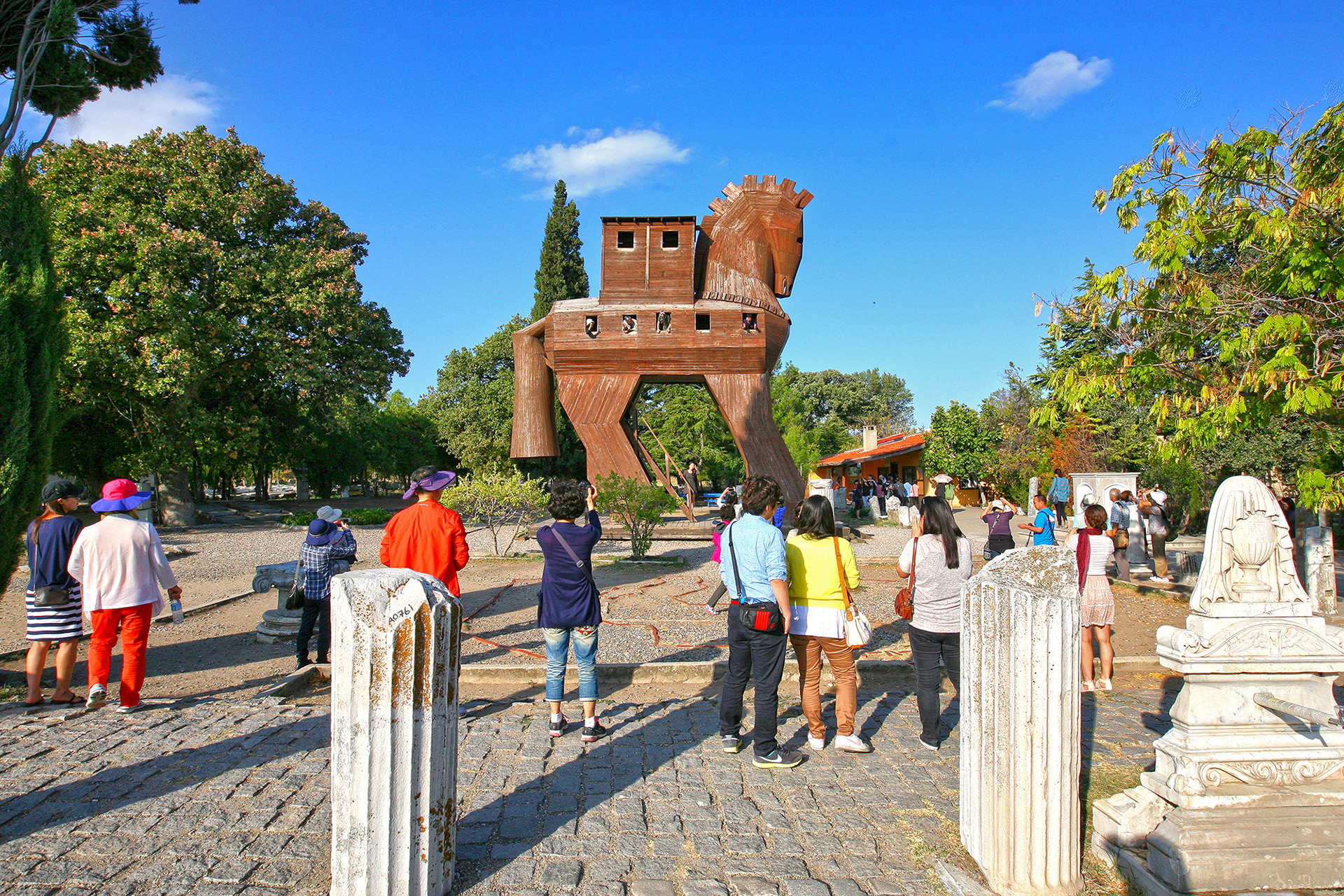 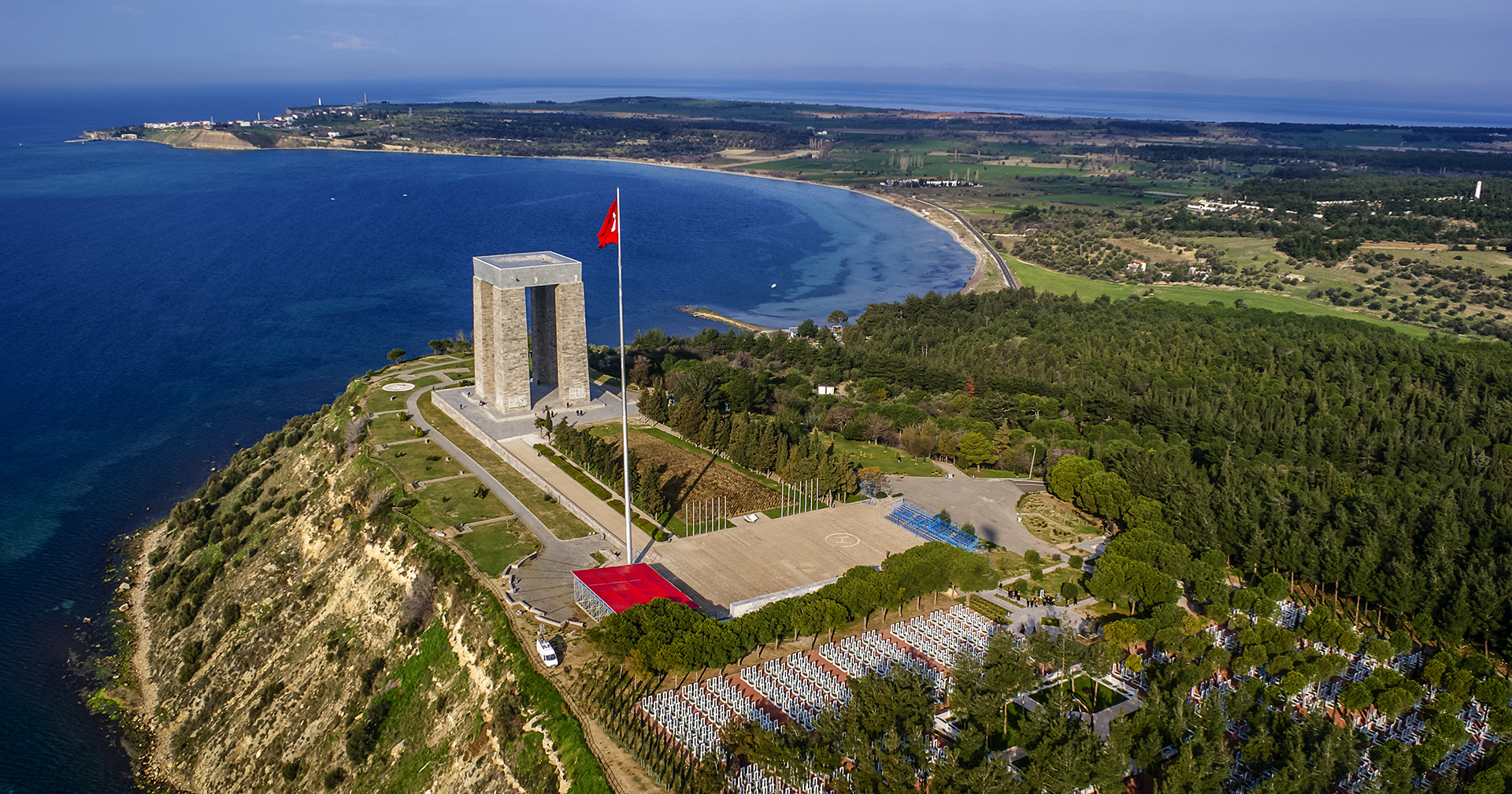 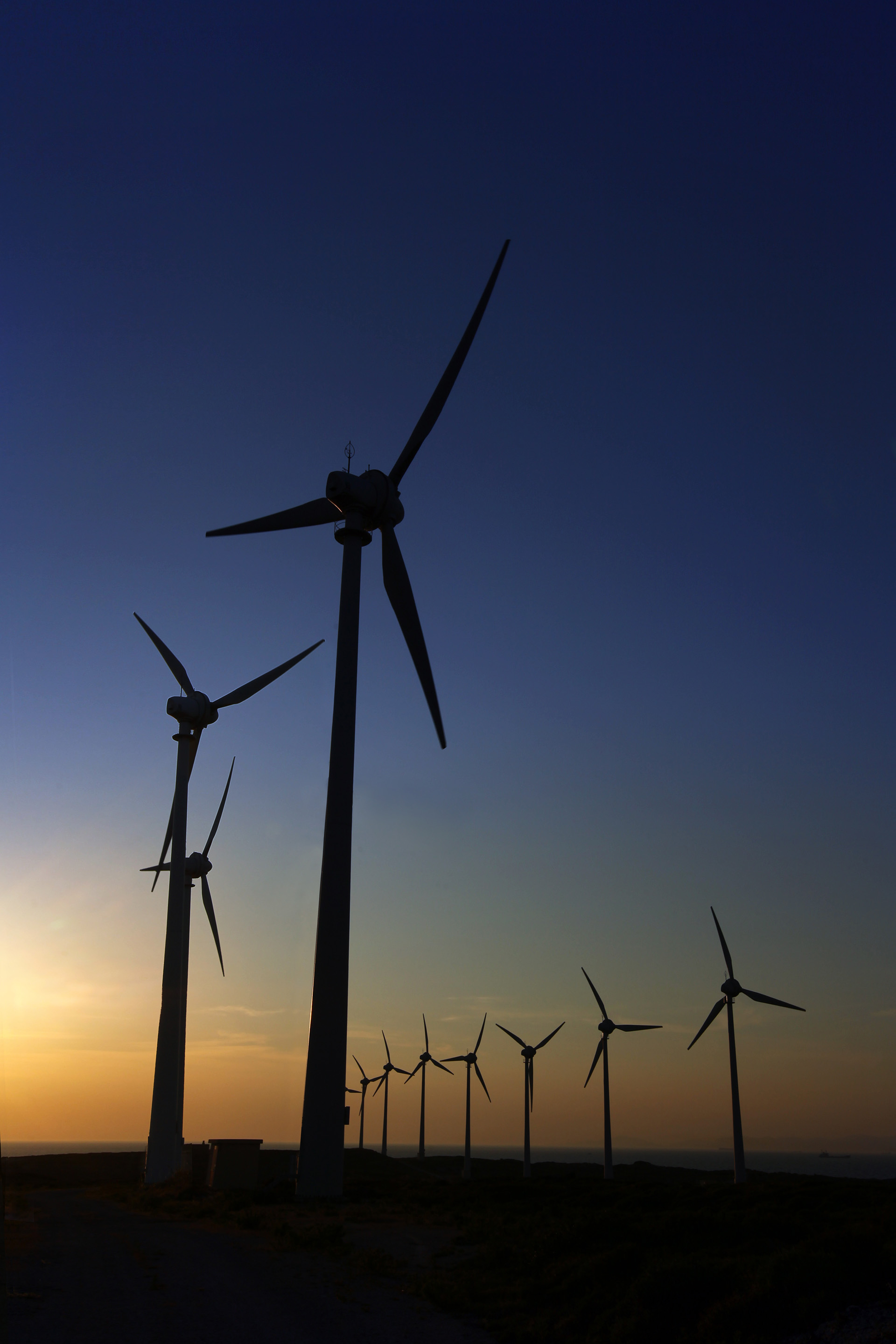 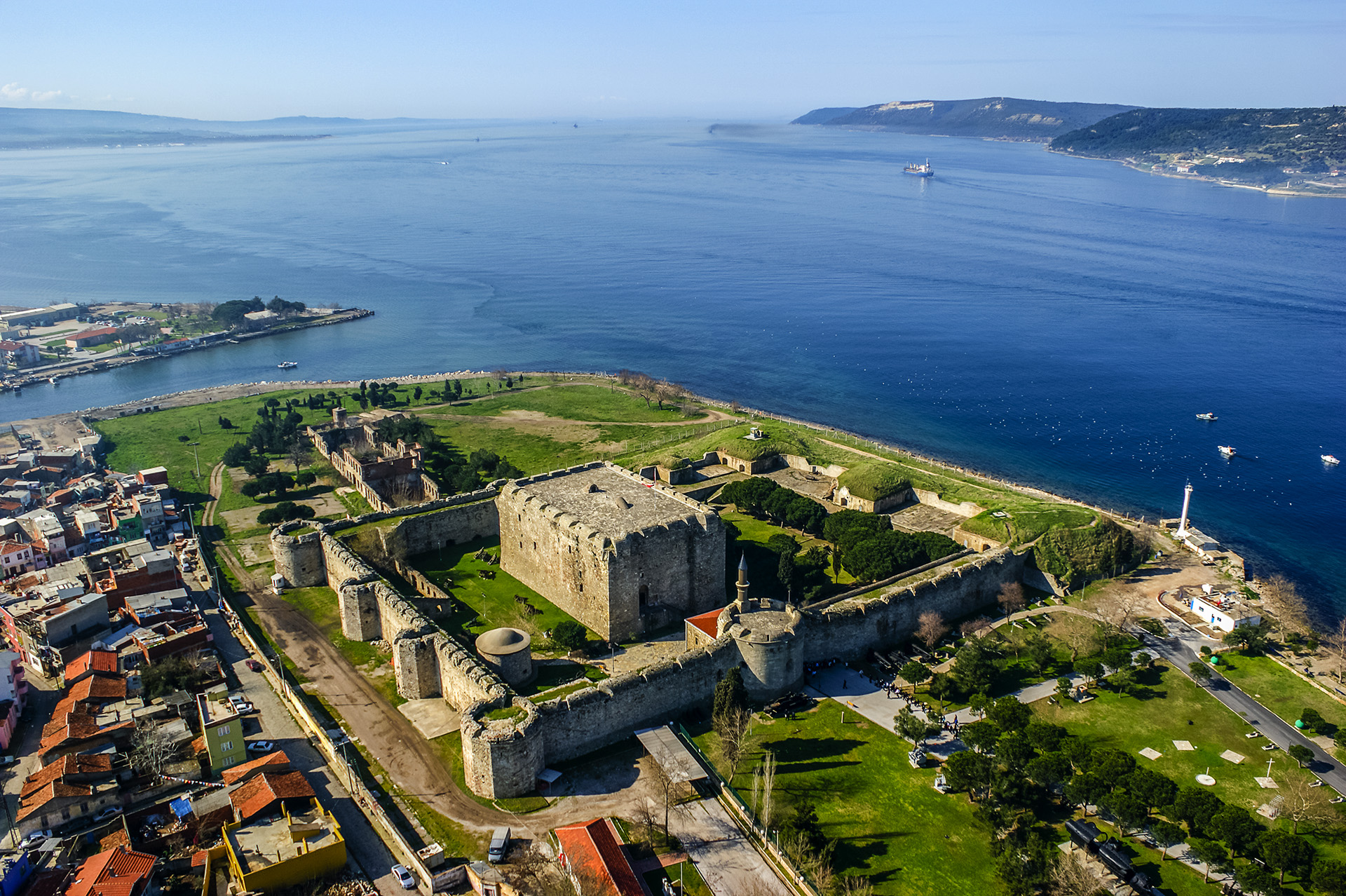 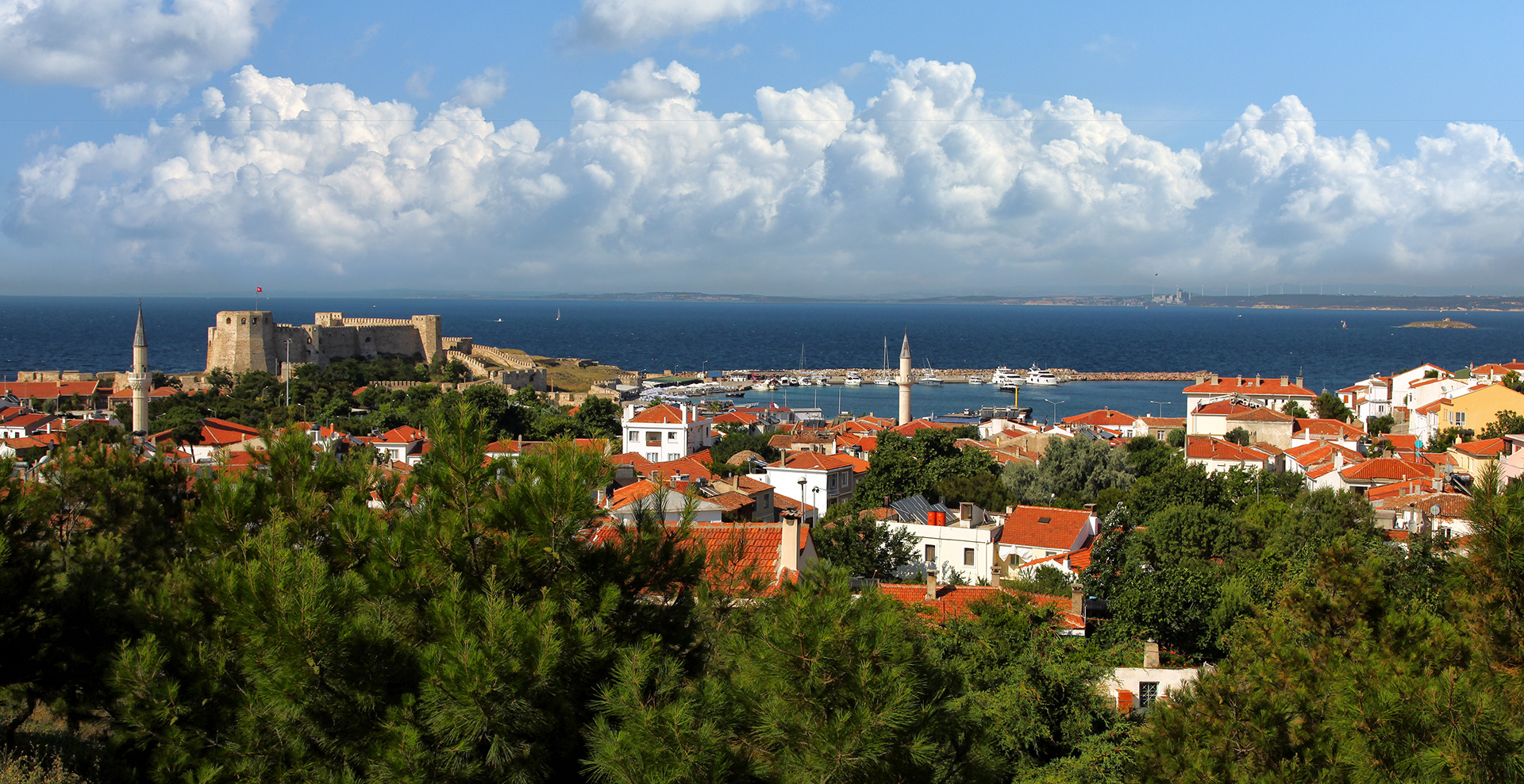 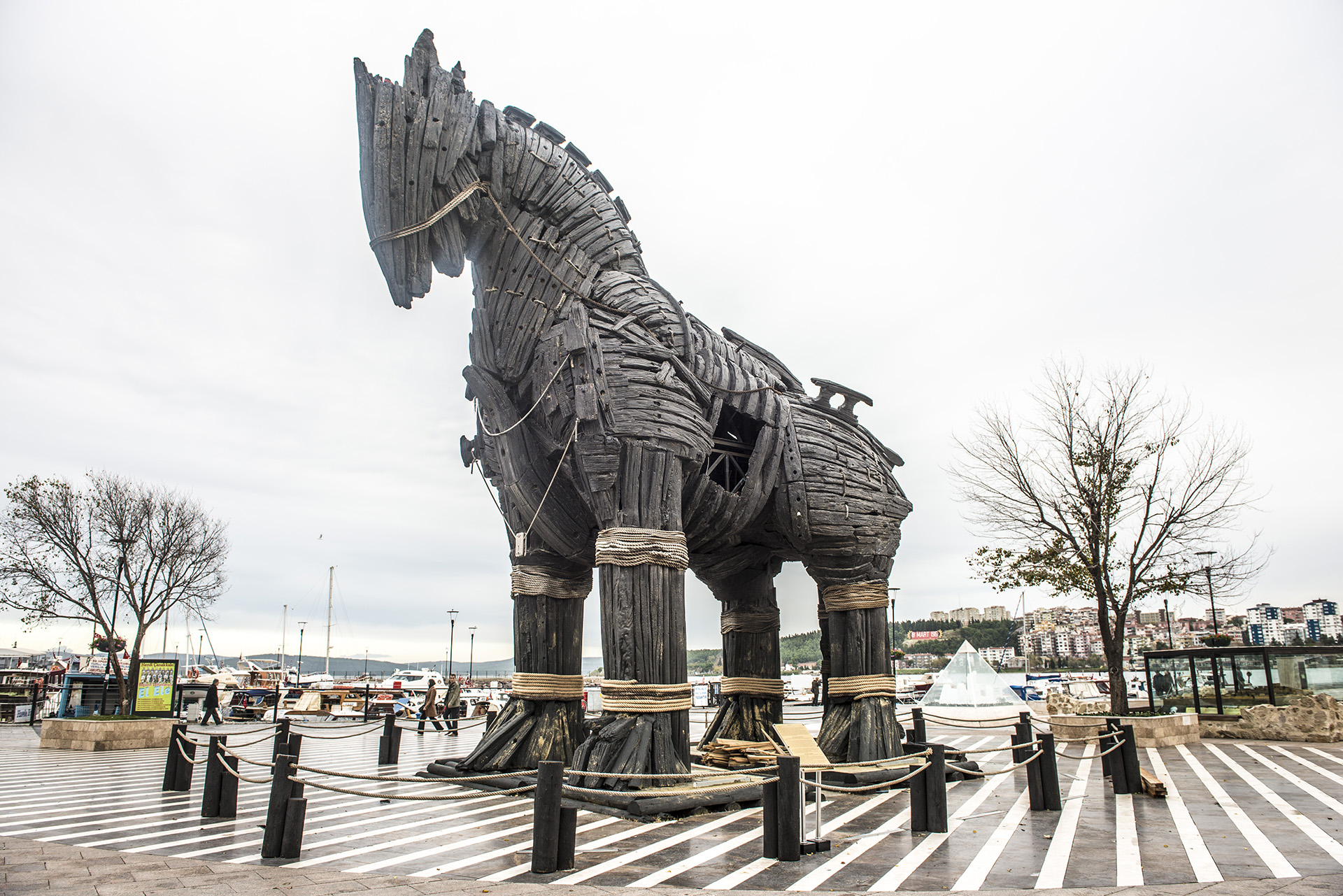 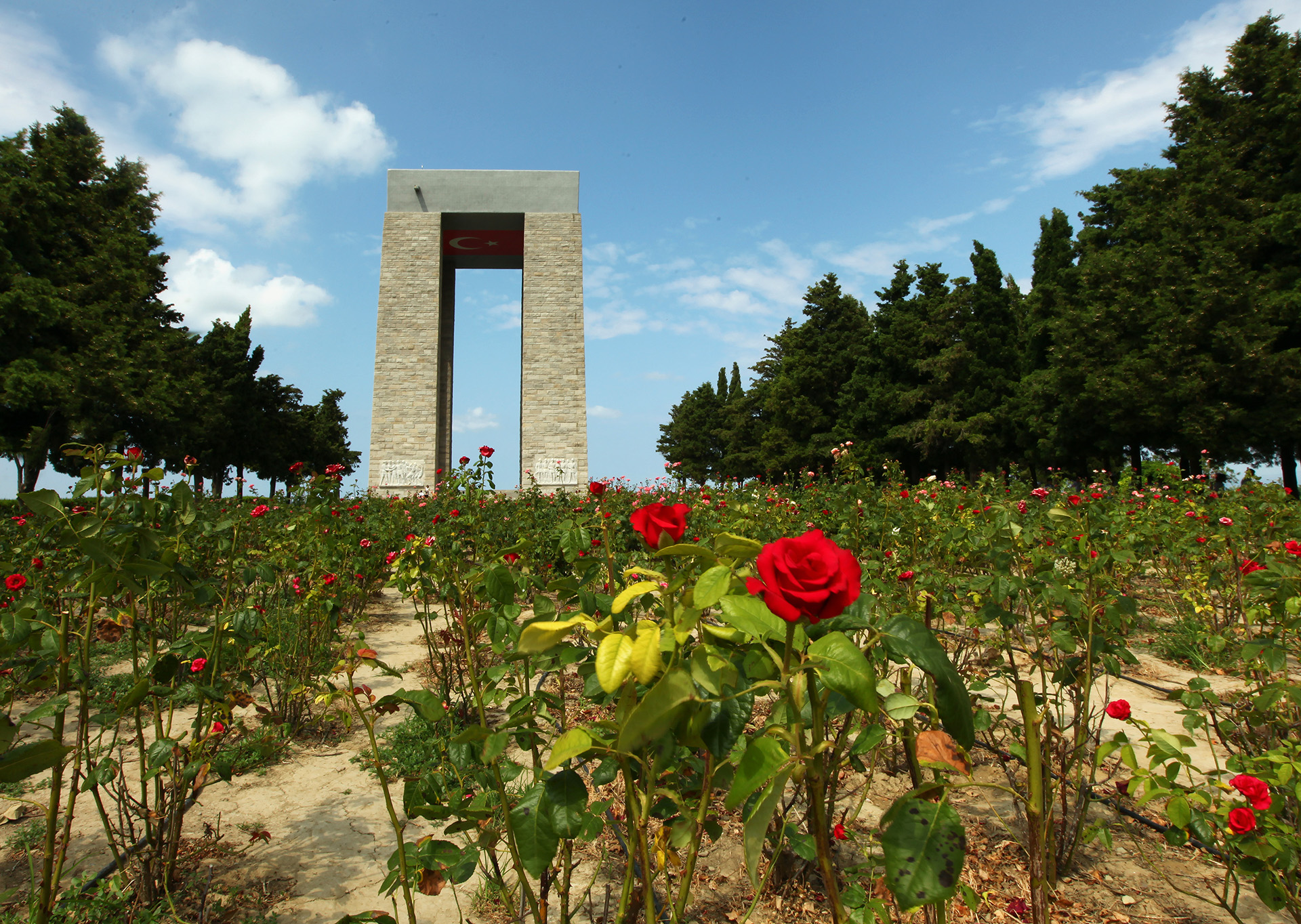 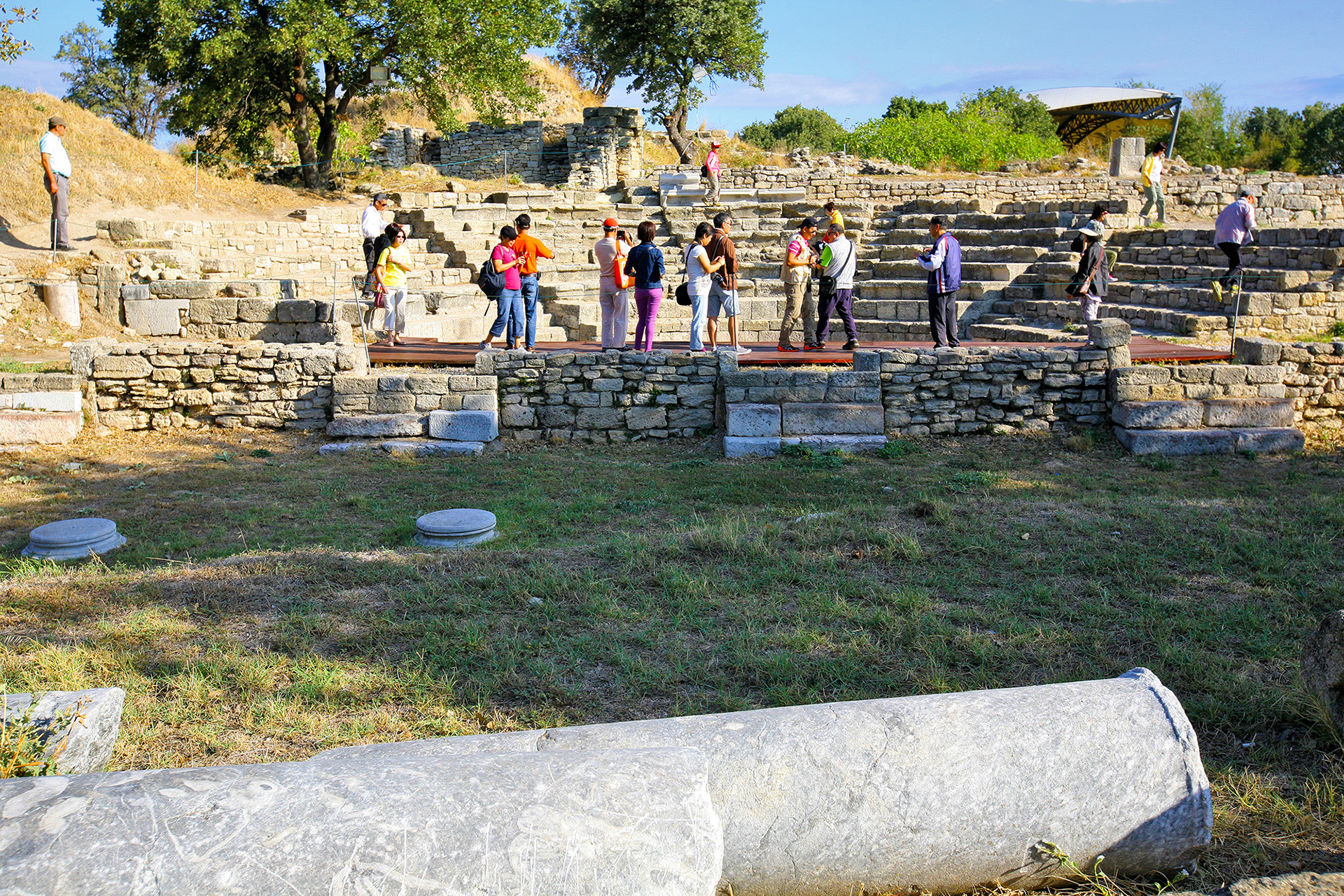 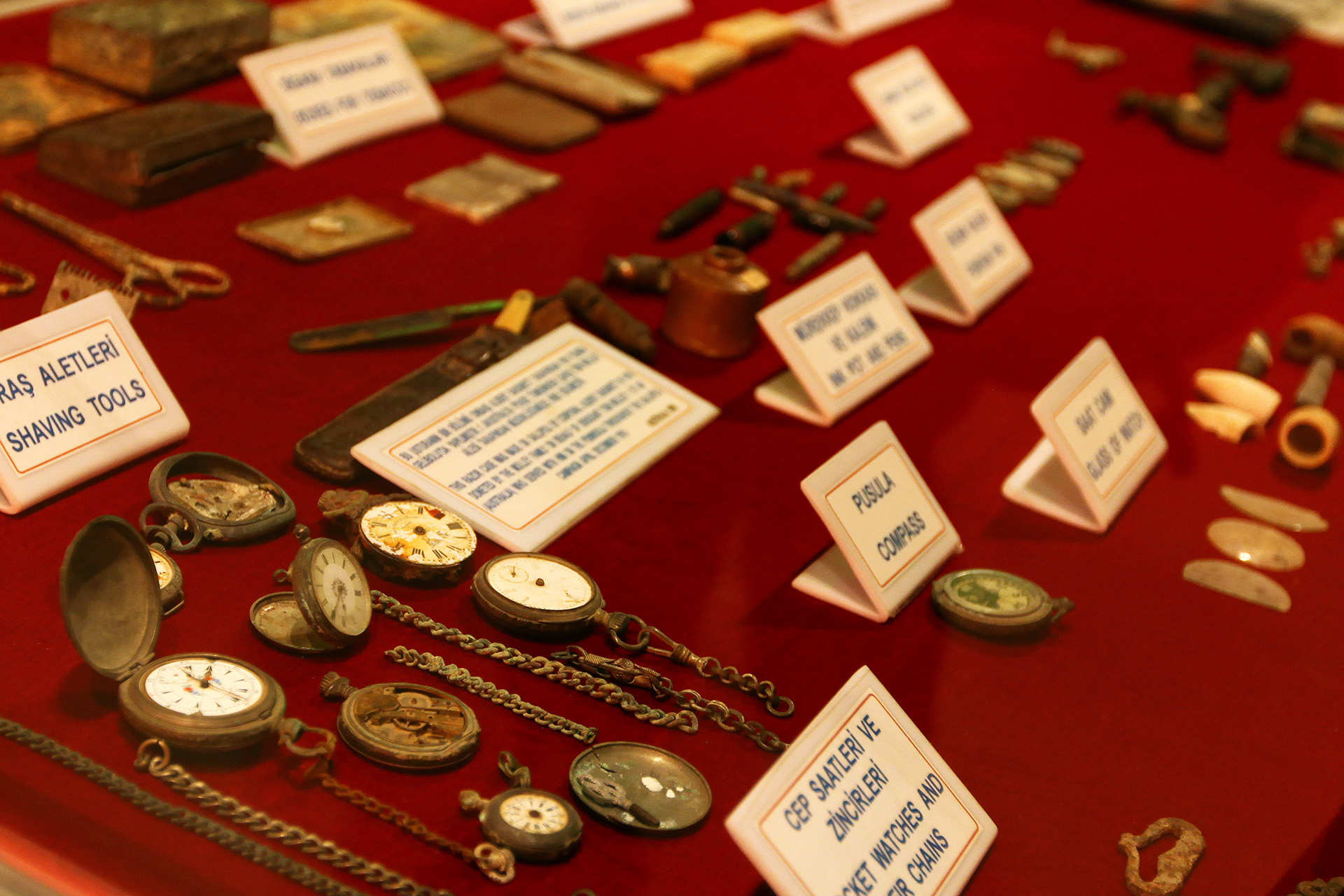 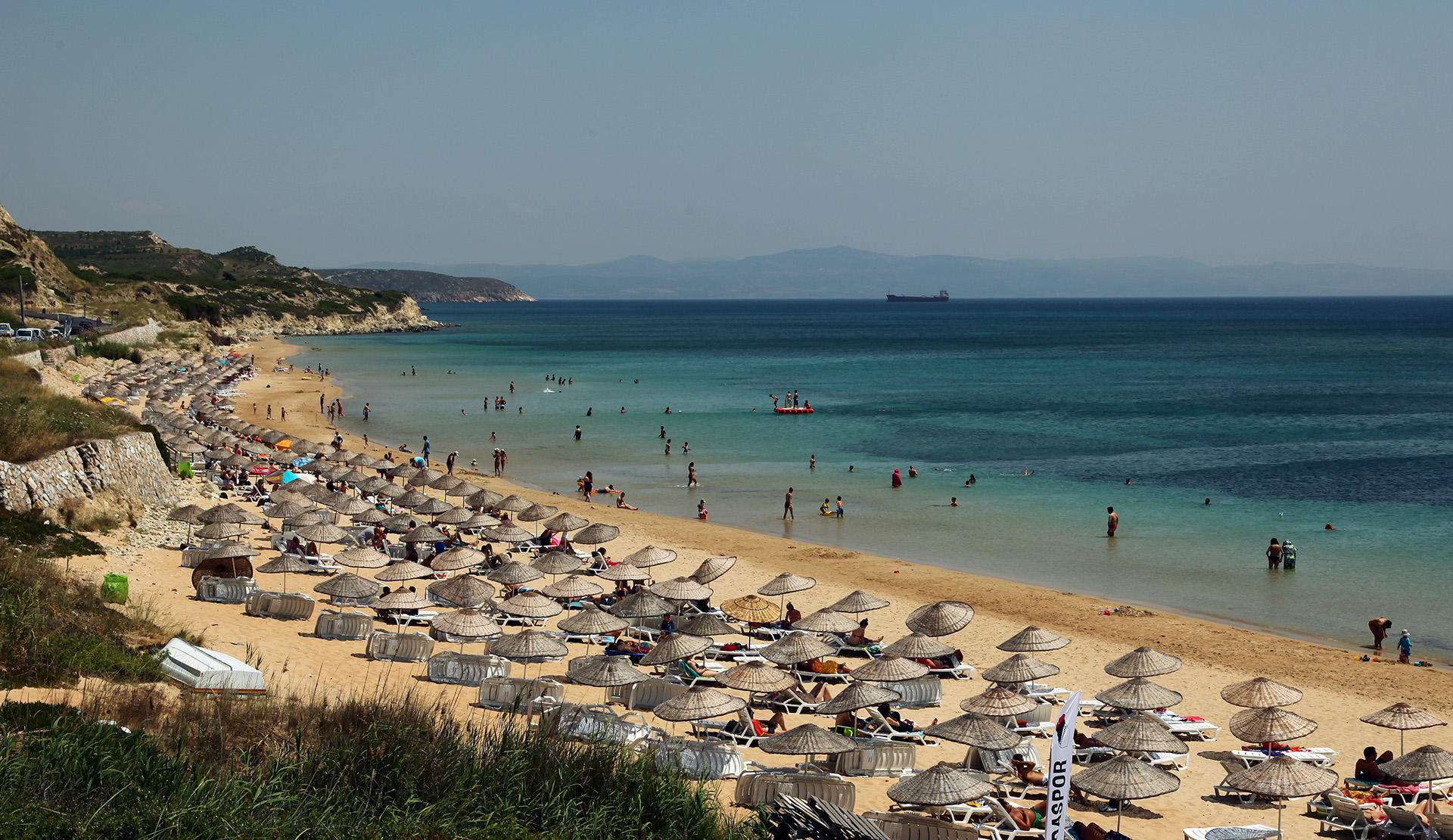