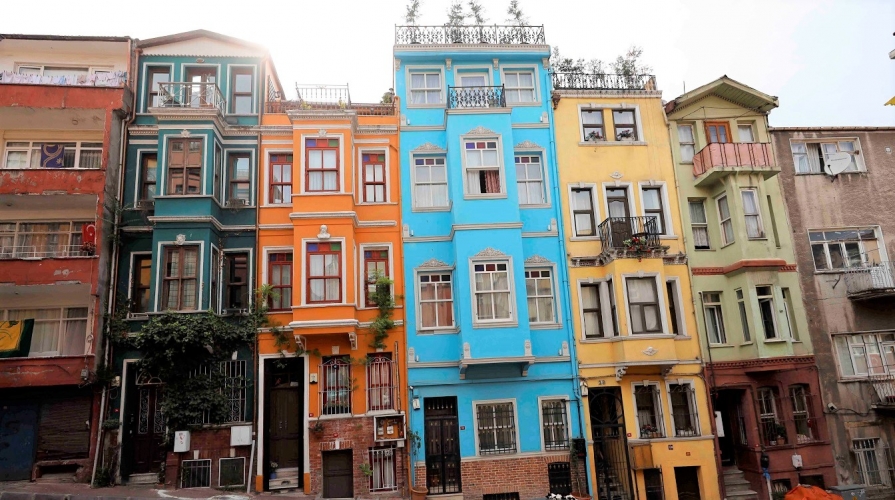 The estuary, Haliç in Turkish, was called as the Golden Horn by the Byzantines. According to legend it was formed by the thrust of Io’s horns that was transformed into a heifer by Zeus. Another legend relates that the plentiful palamut fish (Atlantic bonito) makes the water shimmer with their reflective skin. Actually the sunrise and sunset lends its golden reflections to the still waters.

The Golden Horn was closely associated with the Tulip Era, the most controversial period of Ottoman history. During this period rich royal yachts plied the waters, splendid kiosks and mansion houses were built along the shores of the Golden Horn, and all the gardens displayed the most colourful examples of glorious tulips, which lent their name to the period. It is a pity that none of those kiosks or tulip gardens survived to the present day. However, we will visit three important buildings, each of them belonging to a different religious community and each built during the Ottoman and Byzantine periods, over the hills with a commanding view of the Golden Horn.

At present two districts of İstanbul, Balat and Fener, are closely associated with the Golden Horn. Sultan Mehmet the Conqueror granted privileges to the Christian and Jewish communities living in the city to perform their rituals free of intervention. Those privileges are considered to be fine examples of Ottoman tolerance, and helped to keep the Christian community in the city. The Sephardic Jews who were expelled from Spain were accepted with open arms by the Ottomans and settled in the same part of the city. So Balat and Fener became a centre for the religious minorities of İstanbul. There, mosques, churches and synagogues can be seen side by side as if a living proof of the fraternity of religions.

The Synagogues of Balat

Balat, the district mostly populated by Jewish in the Ottoman Period was the scene of many important Jewish buildings, and some of them are still fulfilling their religious functions. The synagogues of the Sephardic Jewish community survived intact until 1940s when a great part of the community opted to resettle in Israel. However, there is still a thriving Jewish community living in the area. Two of their synagogues are on the Vodina Street, and the first one to visit is Çana Synagogue. The Ahrida Synagogue is on the same road though it was not built by Jews expelled from Spain but by those who emigrated from Macedonia. The shape of the synagogue resembles a ship, as a reference to the wandering Jew. The third synagogue is the Yanbol Synagogue which is situated on the Düriye Street, a street crossing the main road. It was built by the Jews who emigrated from Bulgaria. Along the shores of Haliç the Or-Ahayim (Light of Life) Hospital has attractive architectural features and was built as a Jewish hospital in 1896.