AYVALIK: THE MOST IMPRESSIVE GEOGRAPHY OF THE AEGEAN 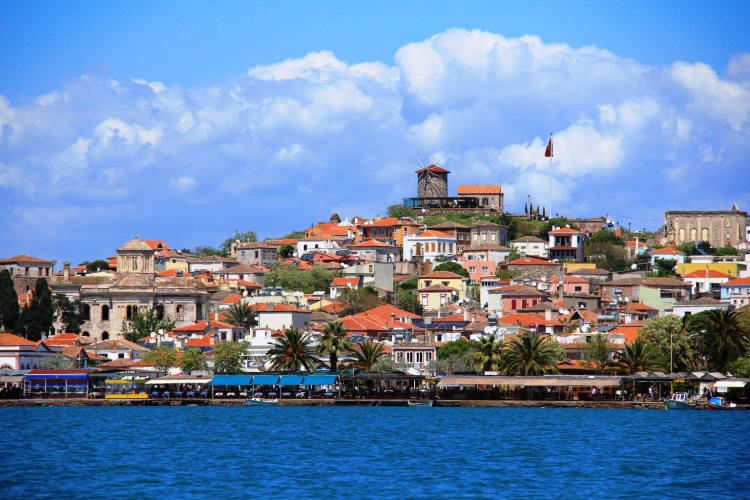 Ayvalık, where health-giving olives grow in abundance, is ready to share its age-old traditions and vibrant cultural present with you.

Ayvalık is a county of Balıkesir Province in the Aegean Region of Türkiye, and it is one of the country’s fast emerging but still largely untouched tourism destinations. The impressive geography is complemented by pine forests and olive orchards that grow in the region´s fine, clean air. The island of Lesbos is right across the bay, and the Ayvalık Archipelago, consisting of 24 small islands, surrounds the town. The county is located on the Aegean Seaboard, with the sea to its west, Gömeç County on its northern border, Dikili County of the İzmir Province in the south, and Bergama County of the İzmir Province in the east.

Ayvalık has the unique atmosphere of a historical city set amid remarkable natural beauty. The vestiges of 18th and 19th century life are still visible in the streets. The county’s fishing culture and other maritime activities, along with olive cultivation and olive oil pressing has deeply shaped not just the economy but the life of the area. Home and city life in Ayvalık carry the eternal feel of Mediterranean culture. The streets, the relation of the people to the sea, and the architecture bear the common soul of Italy, Spain and Greece. The doors and windows of houses are wide and high, and the internal and external spaces are arranged according to their correlation with the sea. The streets are laid perpendicular to the shoreline, and a grid created by streets that run parallel to the shoreline reflects continuity with the ancient cities of the region. The local volcanic ruff stone, quarried from the Sarımsaklı Peninsula and locally named as sarımsak stone, was used in the decorations of the front facade and is regarded as the characteristic feature of the Ayvalık Houses.

Architecture of Ayvalık is noted for the elements it has borrowed from the Ionic and Corinthian styles, such as columns, decorations, wall panels, windows, doorknobs, and bells. The ground floors of the houses feature a large entrance hall. The basements are used as shops or storage spaces where gigantic terracotta olive oil jars have a prominent position. Large cisterns were built under the ground floors to meet water demand during the dry season. Another characteristic feature of Ayvalık Houses is a massive beam made of the trunk of a cedar tree that carries the joists of the ground floor. While bearing the massive load of the house, the cedar beam also helps regulate humidity. The ceilings of the houses are decorated with paintings that reflect the particulars of the period in which they were painted.

The beautiful nature of Ayvalık also provides the backdrop for activities such as trekking, bird watching, plant observation, jeep safari and photo-safari. There are many travel agents who organize fully equipped tourist excursions and enjoyable alternative activities.

The beautiful nature of Ayvalık also provides the backdrop for activities such as trekking, bird watching, plant observation, jeep safari and photo-safari. There are many travel agents who organize fully equipped tourist excursions and enjoyable alternative activities.

The beaches of Ayvalık offer visitors several ways to enjoy a holiday of sea, sun and sand. The most notable beach is the Sarımsaklı Beach, which is renowned for sands that do not stick to the body. Bamboo beach bars and coastal restaurants serving fresh juices and the local cuisine let visitors have a nice break from sea and sun.

Its 24 islands, 60 diving spots, year round diving options, and rich under water fauna and flora make Ayvalık a diver´s paradise. The "red coral" that can be seen in 34 diving spots along the Ayvalık coast is enchanting: there´s more of the stuff here than in the Red Sea itself! Divers prefer Ayvalık for its abundant coral reefs, crystal clear seawater, and a multitude of diving spots with different bottom characteristics.

With its optimal climate conditions and favourable wind and waves, Ayvalık is also a very popular destination for windsurfers and sailing enthusiasts. Professional trainers are on hand and organised activities are available, so that enthusiasts of all skill levels can enjoy the sports safely.

The Ayvalık Cuisine falls within the best traditions of the Aegean Cuisine, and the most valuable ingredient of the cuisine is olive oil. Fresh seafood, dishes prepared using locally grown herbs and vegetable dishes prepared with olive oil satisfy even the most demanding palates. The fried sprat (papalina) is a speciality of Ayvalık cuisine, while sea urchin is served during the winter season accompanied with a few drops of fresh squeezed lemon juice. The cheeses served at breakfast are also local specialities. Mihaliç (a salty and porous cheese with a strong flavour and a hard rind), sepet and lor cheeses are among them. One of the specialities of Ayvalık is Ayvalık Style Toast with cheese, spicy sausage, and mixed fillings served with delicious accompaniments in almost every cafe and teahouse. Special breads, cheese and vegetables enhance the taste. Local vegetables and fruits generally accompany dishes and are cooked in many different styles.

Symbol of peace and abundance, The Olive

Ayvalık is renowned for the hospitability of its people, for the tranquillity it affords and for the purity of its sea air. The region offers the produce of its soil to humanity to engender peace and promote health. Humanity first discovered the wondrous olive 8000 years ago, and since then olives have been a delicious and healthy part of the culinary arts.

According to the legend the prophet Noah, adrift in the Great Flood, sent out a white dove. The white dove returned to Noah’s Ark with an olive branch that heralded the end of the flood. Since then the white dove with an olive branch has been recognized as a symbol of peace. In the Christian cultures the olive is a symbol of good fortunes and peace, and when envoys come, they are presented with olive branches. The holy book of Muslims, the Holy Quran, refers to the olive tree as a sacred plant, and advised that dates, water and olives should be eaten to break the daily fast during Ramadan. Aegean civilisations and Romans only allow honourable and good men to cultivate olives, and take part in the growing and harvesting activities to honour the sacred olive plant.

Archaeological excavations at the Palace of Knossos seat of the King Minos, revealed ancient terracotta jars that were once filled with olive oil. Scholars note this as evidence of the olive oil trade, a big part of the economy of Crete in 2500 BC.

At present Ayvalık is the olive capital of the Aegean Region, with its orchards exceeding 2.5 million trees. These orchards add to the charms of the region, and put Ayvalık on the map for nature loving gourmets everywhere. 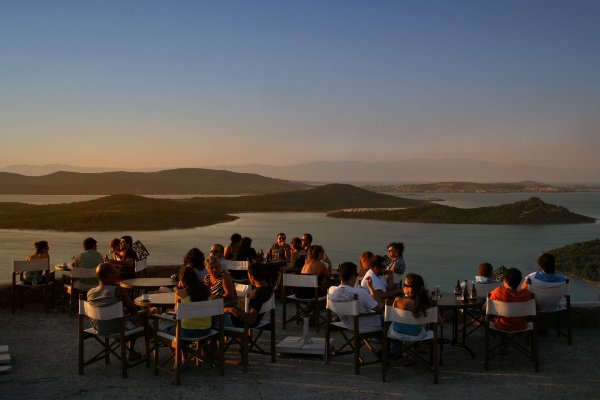 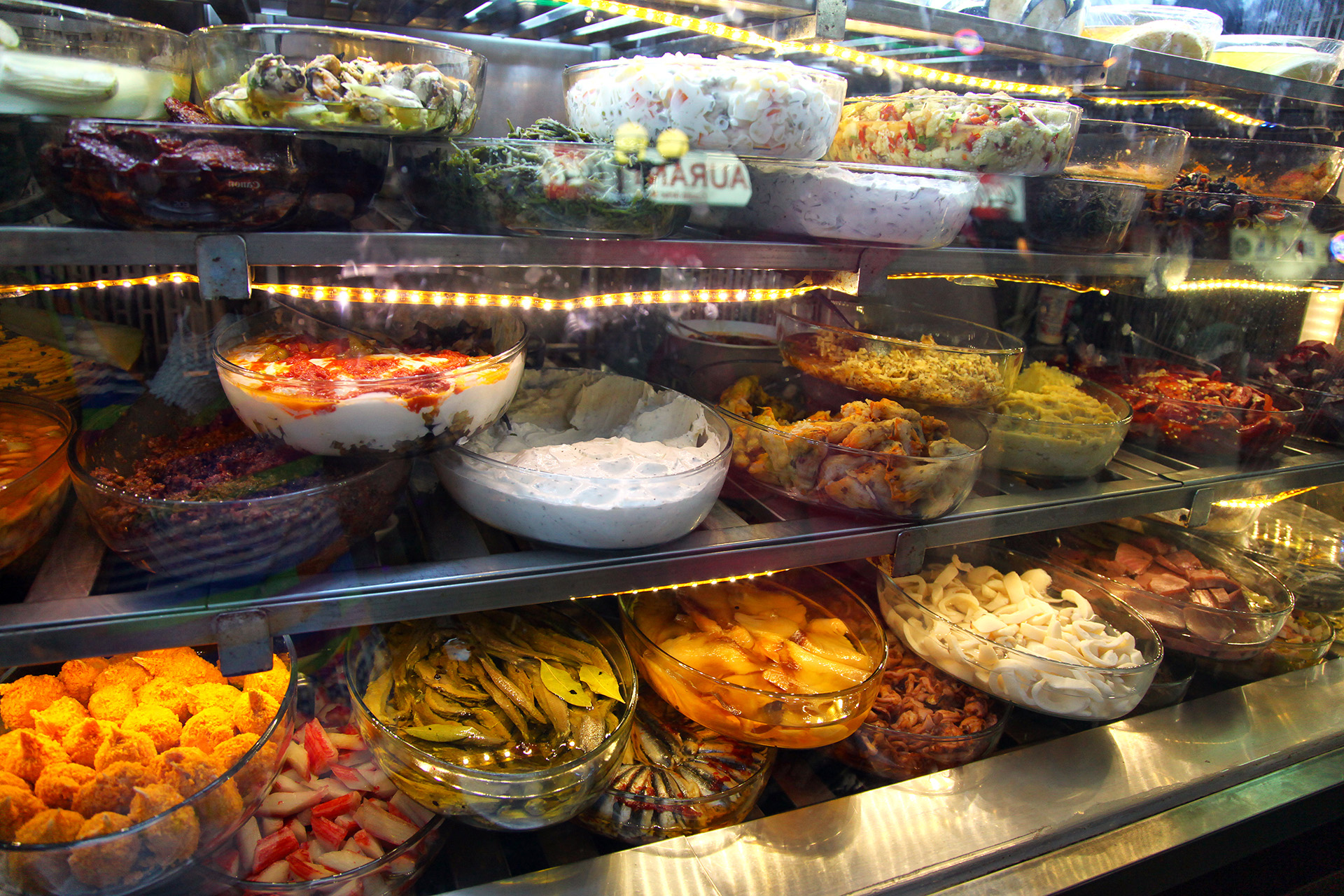 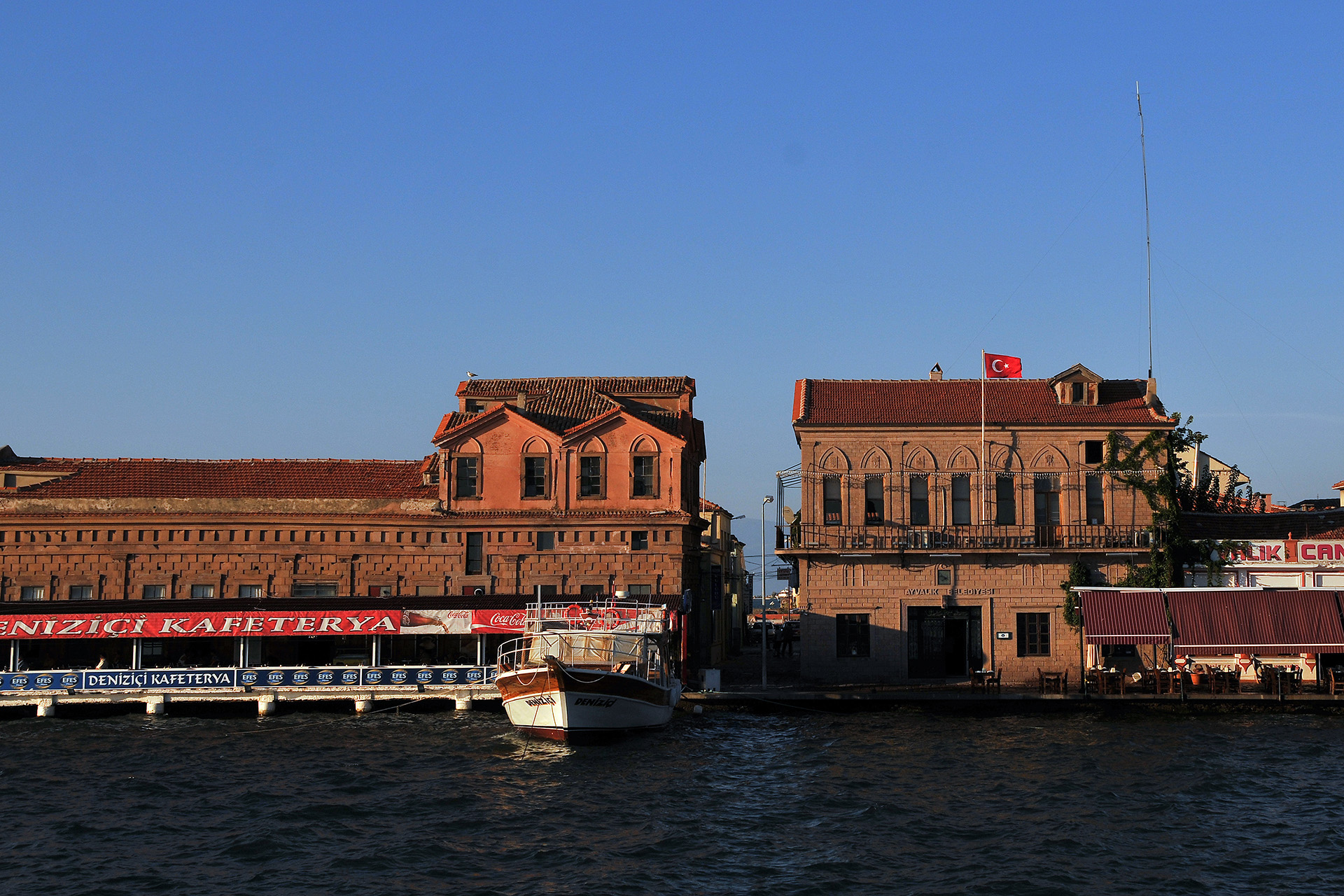 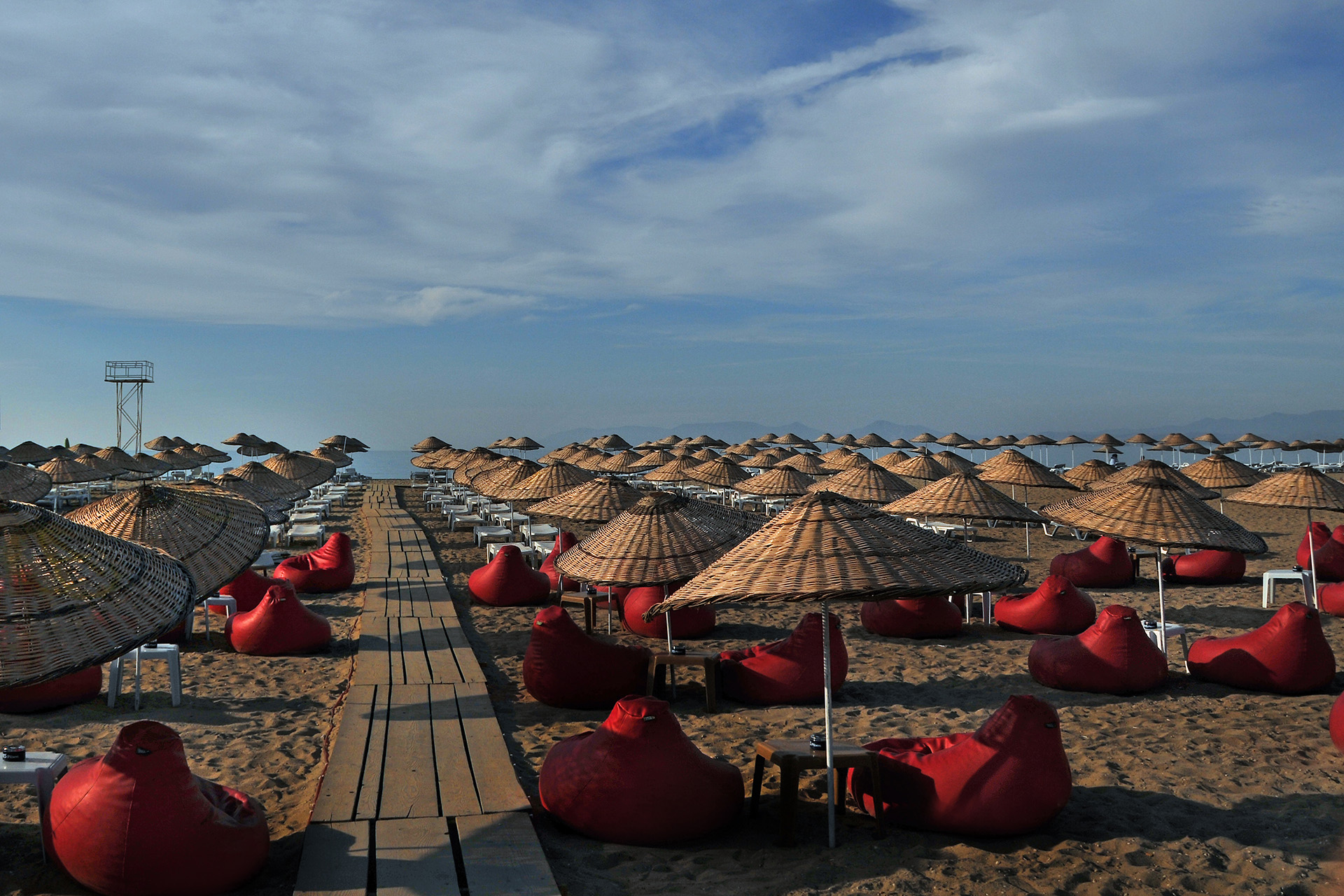 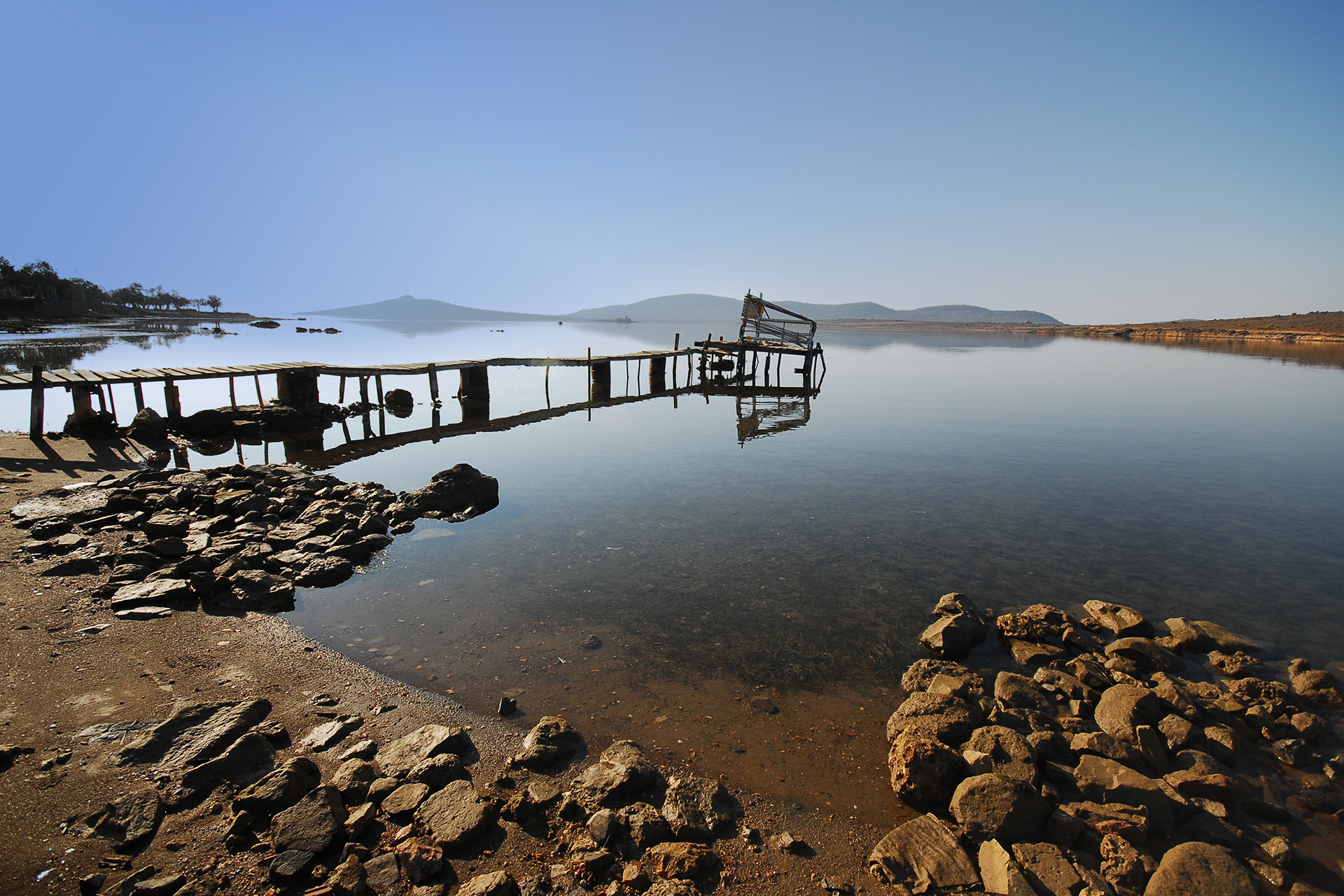 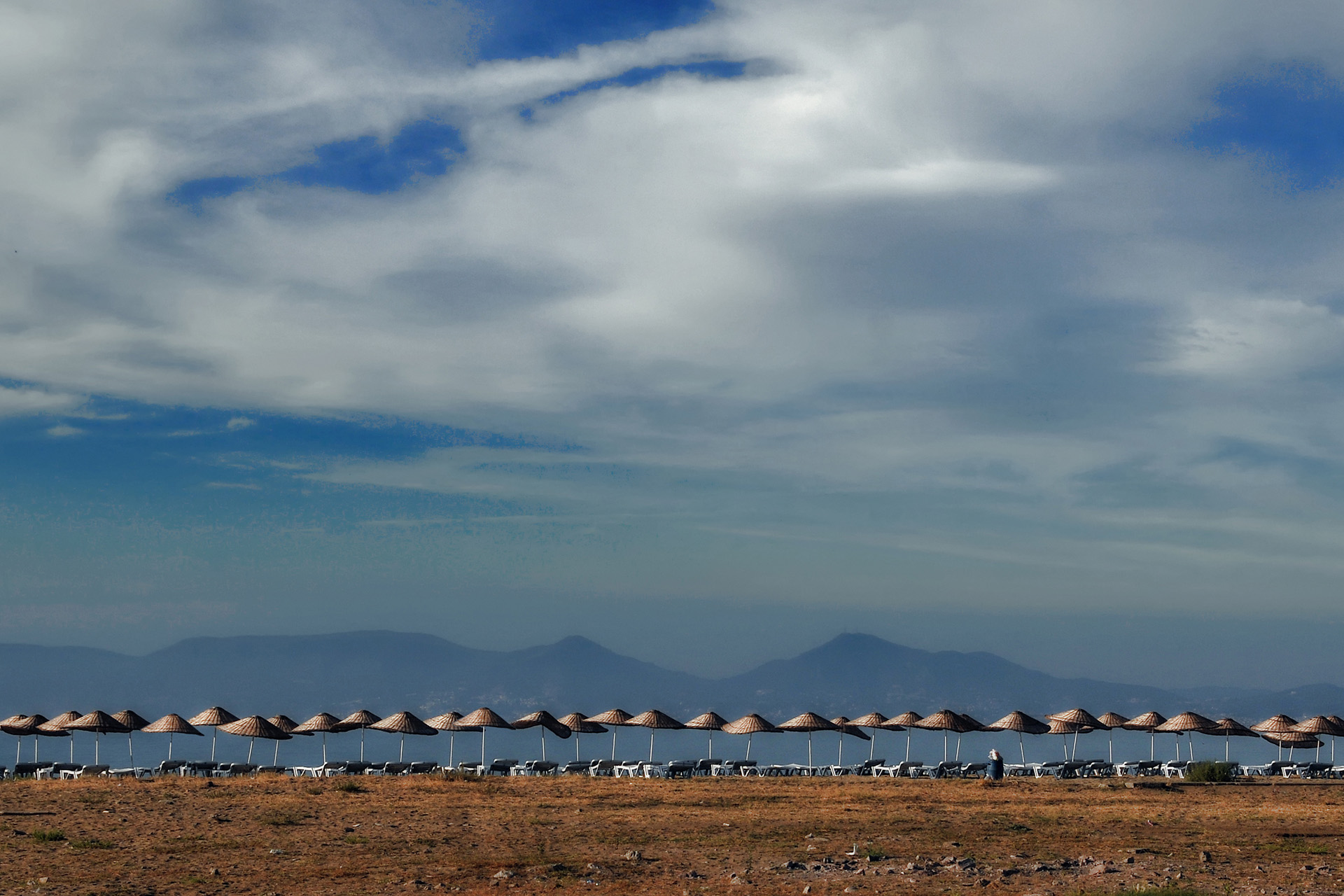 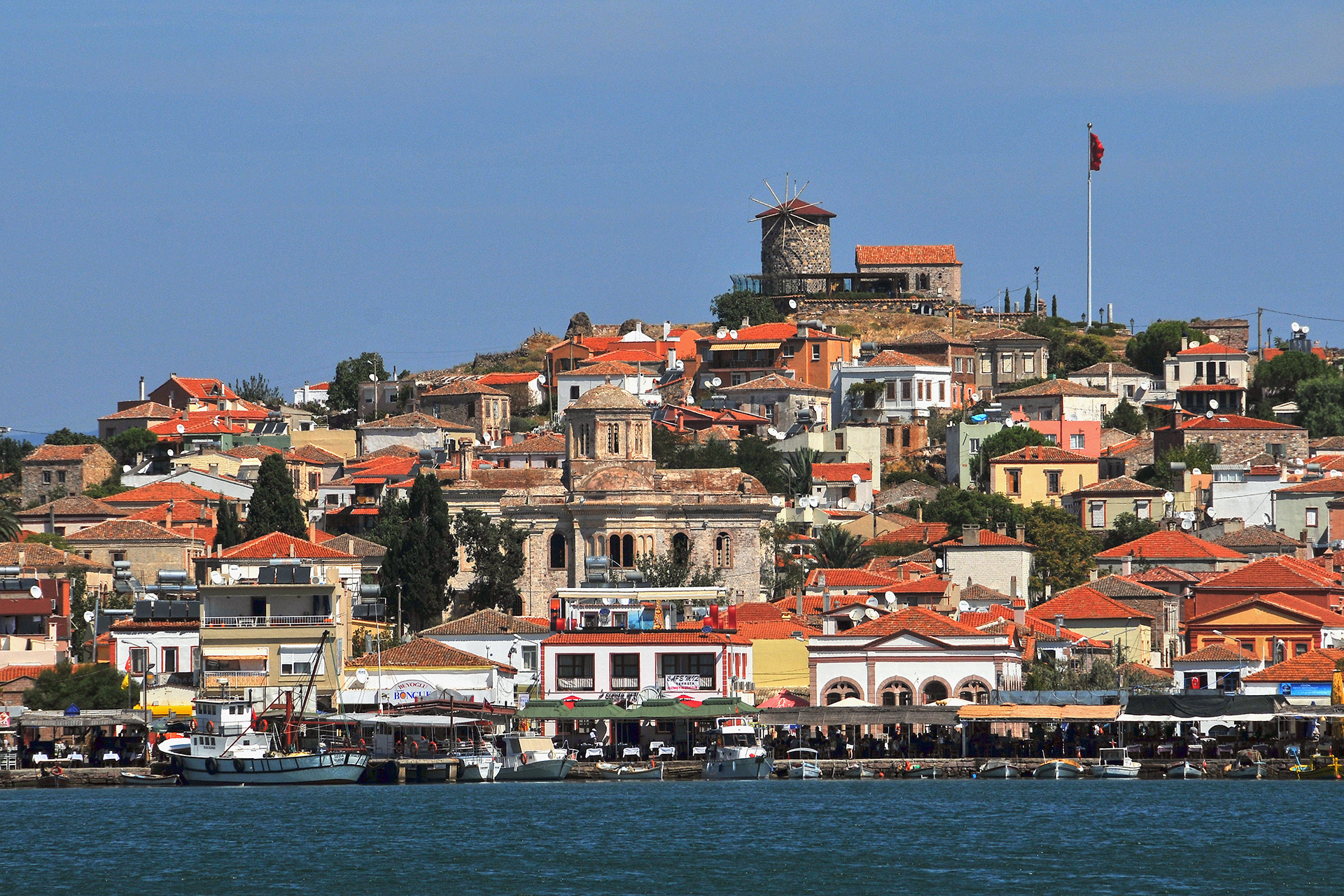 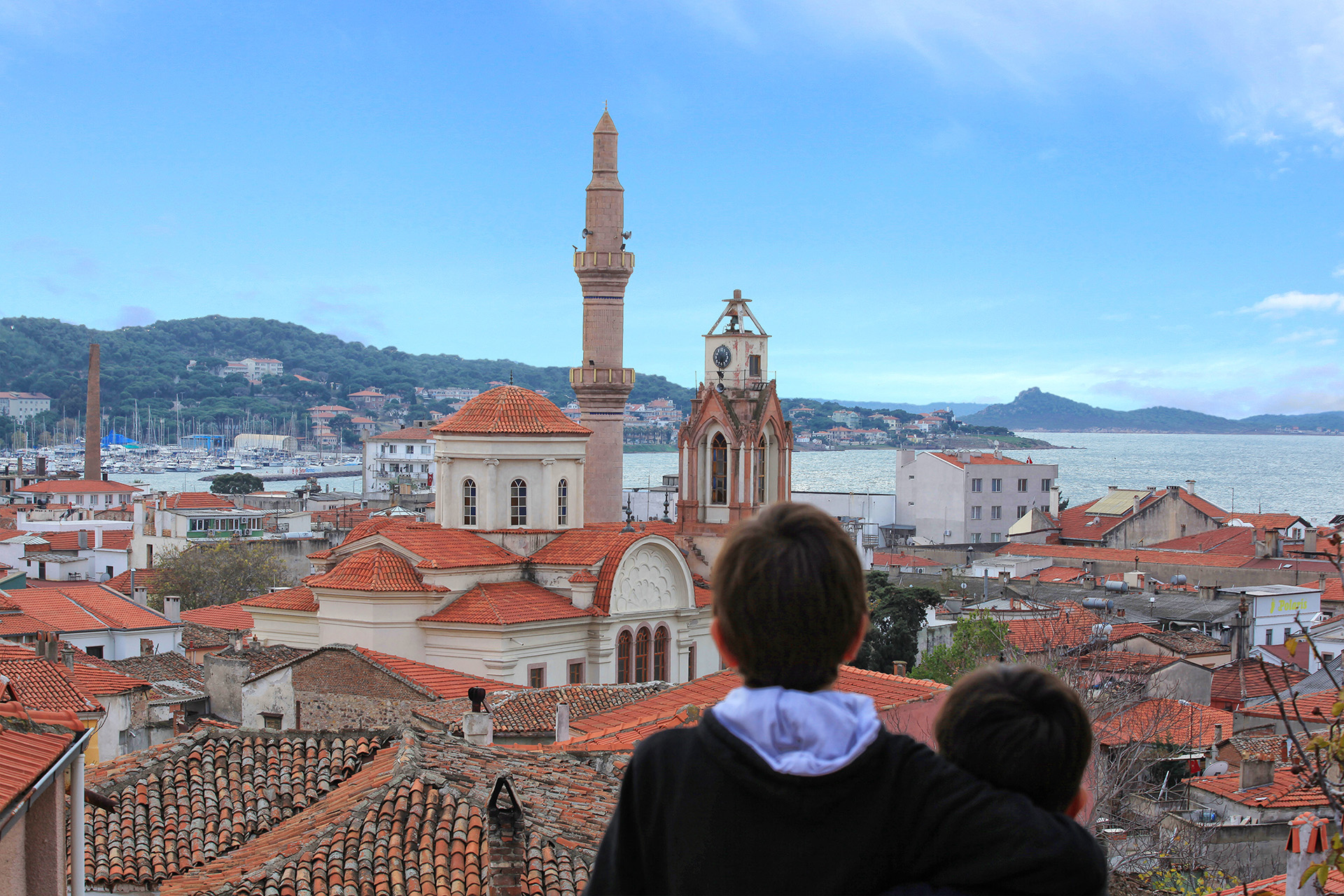