TRABZON: AN INSPIRATION FOR TRAVELLERS 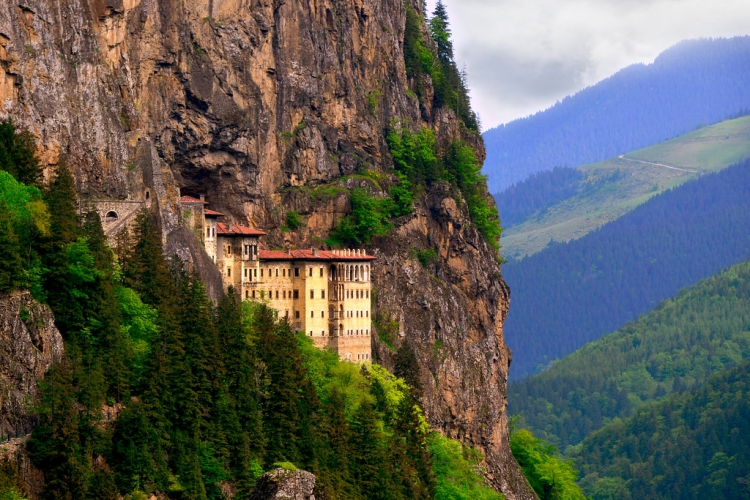 An inspiration for world-renowned travellers like Xenophon, and Evliya Çelebi who immortalized Trabzon in his travel book.

Trabzon, whose history stretches back into very early times, is a hub of cultural and natural riches in the eastern Black Sea Region. Located on the historic Silk Road, the city has been a melting-pot of religions, languages and cultures for centuries. It played an important role in history due to its harbour and vital position on the legendary Silk Road. Such was its fame that Marco Polo visited the city in the 14th century. Trabzon has also been an inspiration for such other world-renowned travellers as Xenophon, Evliya Çelebi, Fallmerayer and Frunze, who visited the city and immortalized it in travel books and manuscripts.

Today, the city continues to be an important centre of commerce and culture, replete with museums, monasteries, mosques, tombs, caravanserais, bath-houses, a covered bazaar, city walls, and magnificent examples of civic architecture, markets and a fantastic landscape.

The restored 13th-century Byzantine church of Hagia Sophia, now the Ayasofya Mosque, is the jewel of Trabzon’s Christian monuments. Another gem is the Sumela Monastery overlooking the valley of Altındere, 54km or so south of Trabzon. It is located in Altındere National Park, set amidst the rich flora and fascinating geomorphologic formations of the Altındere Valley. The monastery is perched on the face of a cliff 270m above a deep gorge and it seems from the valley floor to be floating between earth and sky. Surrounded by the ruins of the monks’ dwellings, the monastery’s main chapel is covered with brilliant frescoes both on the inside and outside. It is an exceptional site not only for the singularity of its construction but also for its magnificence. As to the construction of the Sumela Monastery, the legend says one day the Blessed Virgin Mary appeared in a vision to two Athenian monks and asked them to build a monastery in an isolated valley.

To the far east of the Sumela Monastery, the Çamburnu Coast, where migrating birds rest amidst the golden pine trees, is a lovely area for those who would like to have a short break for photographing the wavy sea.

One of the symbols of Trabzon is the Uzungöl Nature Park located 95km from the city. The park has a rich flora and stunning wildlife, and is an area of outstanding natural beauty. There are accommodation facilities, picnic areas and trekking routes for visitors.

Besides natural wonders, Trabzon dazzles the visitors also with a cuisine of considerable charm that offers in the city restaurants many local dishes of great flavour found nowhere else in the world.