DIYARBAKIR: A JOURNEY THROUGH HISTORY 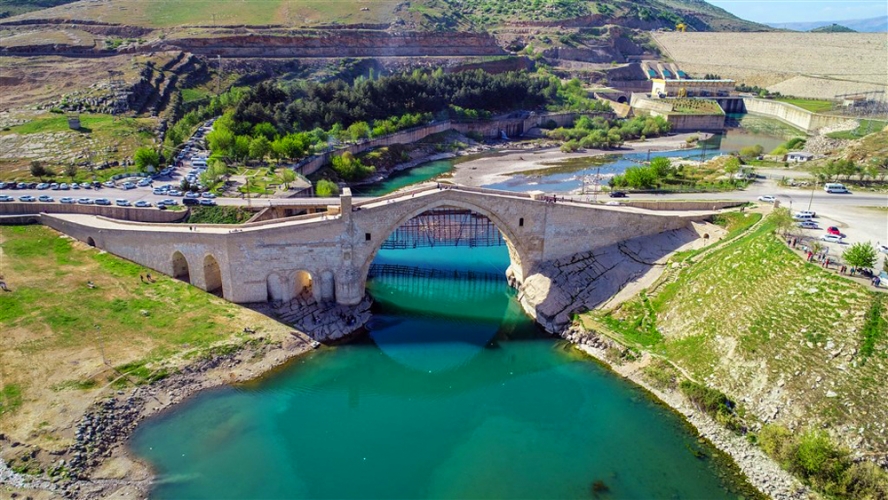 Steeped in history dating back to traces of countless human habitations, Diyarbakır is still a vibrant city with breathtaking cultural landscapes on UNESCO’s World Heritage List.

Diyarbakır, known in ancient times as Amida, has been the cradle of 26 different civilisations throughout its 5000 year history. The city extends across a basalt plateau close to the banks of the Dicle River with the black basalt triple walls encircling the old town and giving the city a rather dark appearance. The city walls are 6 km long and reinforced with 16 towers with five gates. The walls are decorated with inscriptions and bas-reliefs and present a superb example of medieval military architecture.

Ulu Mosque, built by the Seljuk Sultan Melik Shah, is notable for its original design and for its utilization of both Byzantine and more ancient architectural materials. The mihrap (prayer niche showing the direction to Mecca) of the nearby Mesudiye Madrasah is made of the local black basalt. The Nebii Mosque represents the typical Ottoman style, while the Safa Mosque exhibits Persian influences on its tiled minaret. The third century Aramaic Church of the Virgin Mary (Meryemana Kilisesi), which is still in use today, also makes for an interesting visit. As an example of early domestic architecture, the restored home of the author Cahit Sıtkı Tarancı makes it surely worth a visit.

The Deliller Han of 1527, converted and refurbished into a hotel, re-creates the atmosphere of the days when trading caravans stopped in Diyarbakır. Just outside the city walls by the river stands Atatürk´s house, now a museum.

South of town at the Dicle Bridge, built in 1065, you can take a great picture of the Dicle River, the bridge and the city walls.

In Silvan, 77km east of Diyarbakır, you are recommended to stop at the graceful Ulu Mosque, which dates from 1185, to admire the fine flowing lines of stone relief work that outline the pointed arch portal. Çayönü, one of the earliest Neolithic settlements yet to be discovered, dates from the seventh millennium BC.