IZMIR: PEARL OF THE AEGEAN 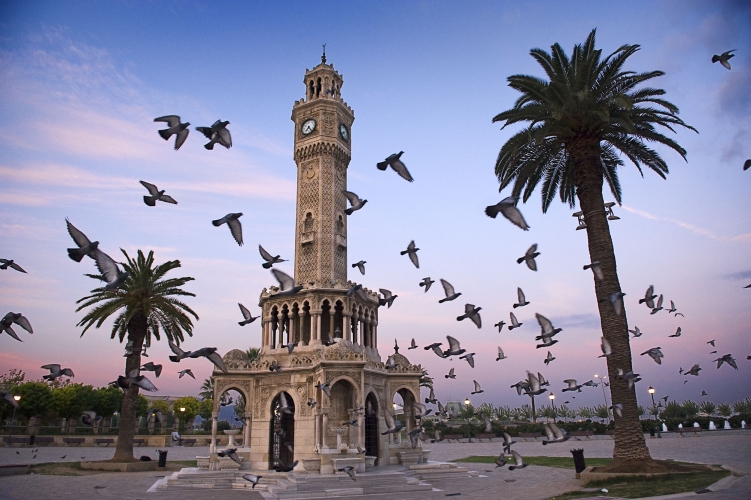 The beautiful İzmir pulls you into a world of picturesque modernity and traditions, with its refreshing touches to the human souls.

İzmir is the ancient city of Smyrna, or "the country of the sacred mother", which existed even before the arrival of the Hittites and was ruled by Ionians, Persians, Romans and Ottomans. The original city was established in the third millennium BC (at present day Bayraklı) and had the most advanced culture, alongside Troy, in Western Anatolia. Excavations at Bayraklı have unearthed a temple dedicated to Athena and the wall of the Ionian city which had flourished there between the seventh and fifth centuries BC. Pottery dating back to the third millennium BC has also been uncovered. By 1500BC, it had fallen under the influence of the Central Anatolian Hittite Empire.

During the first millennium BC İzmir, known then as Smyrna, ranked as one of the most important cities of the Ionian Federation and Homer is believed to have lived here during this period. The Lydian conquest of the city around 600BC brought this period to an end. İzmir remained little more than a village throughout Lydian rule and the sixth century BC Persian rule. During the fourth century BC, a new city was built on the slopes of Mt Pagos (Kadifekale) during the reign of Alexander the Great. İzmir´s Roman period, beginning in the first century BC, was its second great era. Byzantine rule followed in the fourth century and lasted until the Seljuk conquest of the 11th century. In 1415, under Sultan Mehmet Çelebi, İzmir became part of the Ottoman Empire.

Welcome to İzmir of Modern Times!

Today, İzmir is one of Türkiye´s most pleasant cities: its streets are shaded by palm trees, the sideways are beautiful and the houses elegant. As the final destination of the "King´s Road", which goes all the way to Iran, İzmir continues to be a focal point for tourism and entertainment. The city´s coastline is renowned for its fish restaurants along the coast as well as its bars, discos and nightclubs whereas its hinterlands are rich in monuments and ruins which tell the tale of countless ancient civilizations. Also, highly valued since ancient times, the Balçova Springs are found just 10km west of İzmir.

On arrival in İzmir there are many must-see sights such as the Church of St Polycarp, one of the seven churches mentioned in Bible. The Archaeological Museum, near Konak Square, houses a superb collection of antiquities including the statues of Poseidon and Demeter which in ancient times stood in the Agora. Next to the Archaeological Museum is the Ethnography Museum which displays a fine collection of Bergama and Gördes carpets, traditional costumes and camel bridles. On Kadifekale (Mt Pagos) stands the impressive ruins of a castle and its walls which were built by Lysimachus under the reign of Alexander the Great. They still dominate İzmir today. The castle offers an excellent vantage point from where to enjoy a magnificent view of the Gulf of İzmir. The Agora, or marketplace, in the Namazgah quarter was constructed during the rule of Alexander the Great; what remains today, however, dates from the rebuilding under Marcus Aurelius after a devastating earthquake in 178 AD. Built in the 16th century, and restored in the 19th, Hisar Mosque is the largest and oldest mosque in İzmir. In the village of Birgi, the Çakır Ağa Mansion is a fine example of traditional Turkish architecture.

Şirince, a peaceful village nestled in greenery, has a long history just as the other settlements around do. You can enjoy local tastes and visit the houses dating from the Ottoman Period that stretch along narrow streets with stone pavements. As an original Aegean settlement with many other unique characteristics, Şirince Village deserves a visit.

Ephesus: A Monument for All Time

Boost yourself in Çeşme

The district of Çeşme is a very popular summer resort in particular with the residents of nearby İzmir and includes such historical sites as a 16th-century castle and an ancient caravanserai. The white sandy beaches stretch lazily along a road lined with exquisitely built houses, several large hotels and a number of restaurants, serving excellent seafood and Turkish specialties. Most of the hotels are set on beaches outside the centre of town and the peninsula has excellent conditions for windsurfing, with Alaçatı´s beach being one of the best spots.

In Çeşme it is possible to have a complete spa treatment alongside a beach holiday, as the area offers a wide range of hotel accommodation with some of the hotels having their own spas, making use of the area´s natural mineral waters. Ilıca with a white sandy beach of the same name, is the most famous of these hot springs which contain high levels of sodium chloride, magnesium sulphate and calcium bicarbonate. Ilıca hot springs also offer underwater massage and electrotherapy as well as hot mineral pools and baths.

The town of Alaçatı lies to the south of and inland from Ilıca and the coast. Windmills dot the hills above Alaçatı, a delightful and typical Aegean town, with some converted into cafes. There is a good beach a couple of kilometres to the south and many lovely bays along the coast southeast of town are accessible only by yacht, ensuring peaceful and relaxing anchorage in this popular sailing region.

The district of Foça is situated on the site of the ancient city of Phocaea and is said to have been founded by the very same people who founded the French city of Marseilles, Attalia in Corsica and Ampurias in Catalonia. Around 600BC the inhabitants of Foça decorated their buildings, temples and ships with wooden statues of cockerels, and according to a legend, one such statue is still hidden somewhere in the town. 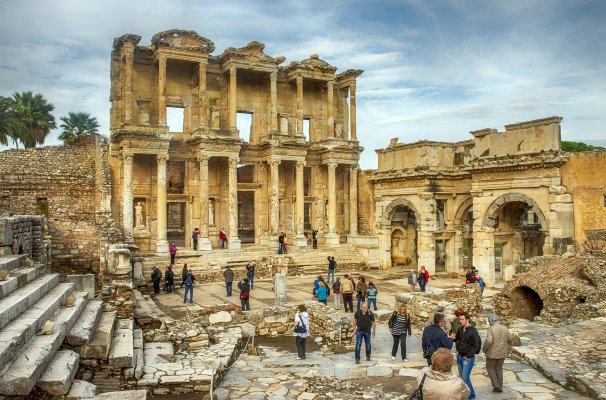 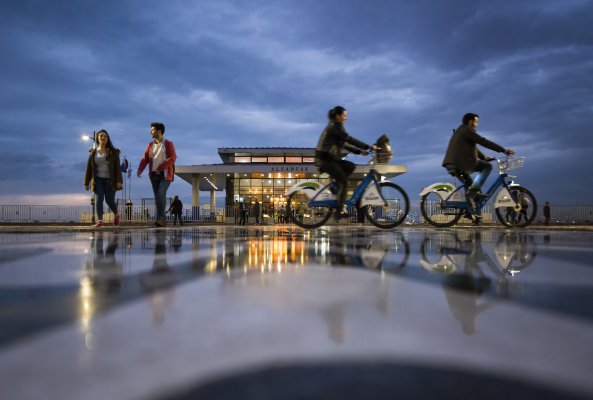 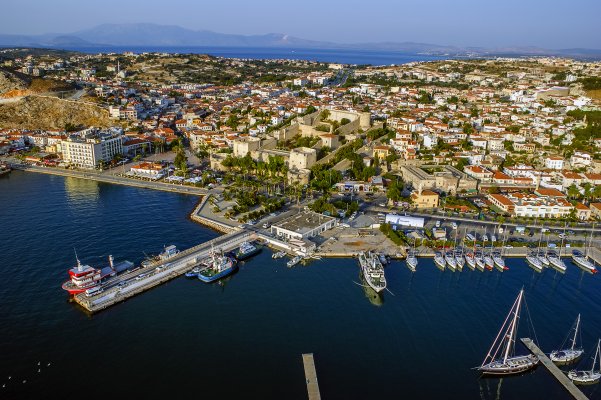 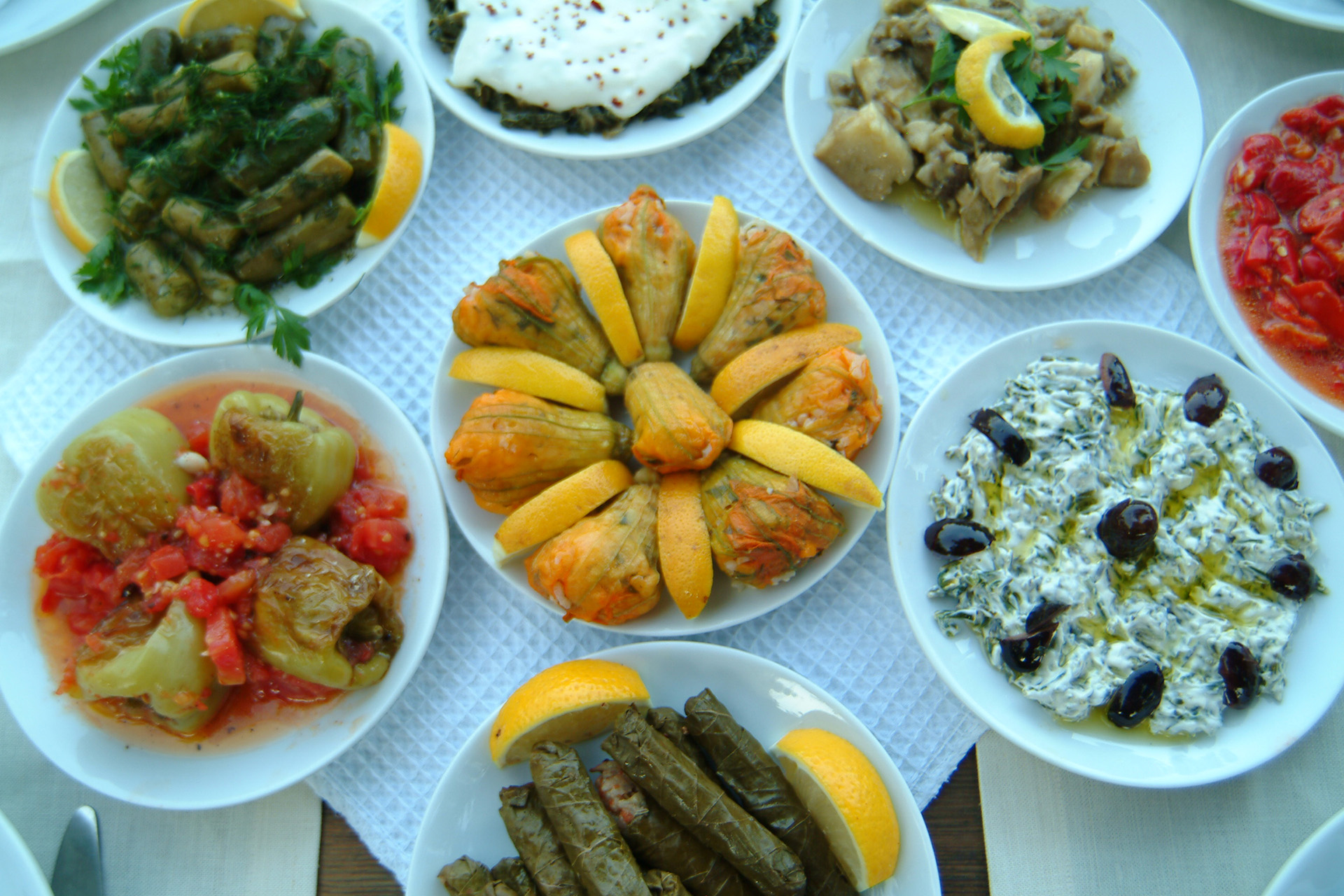 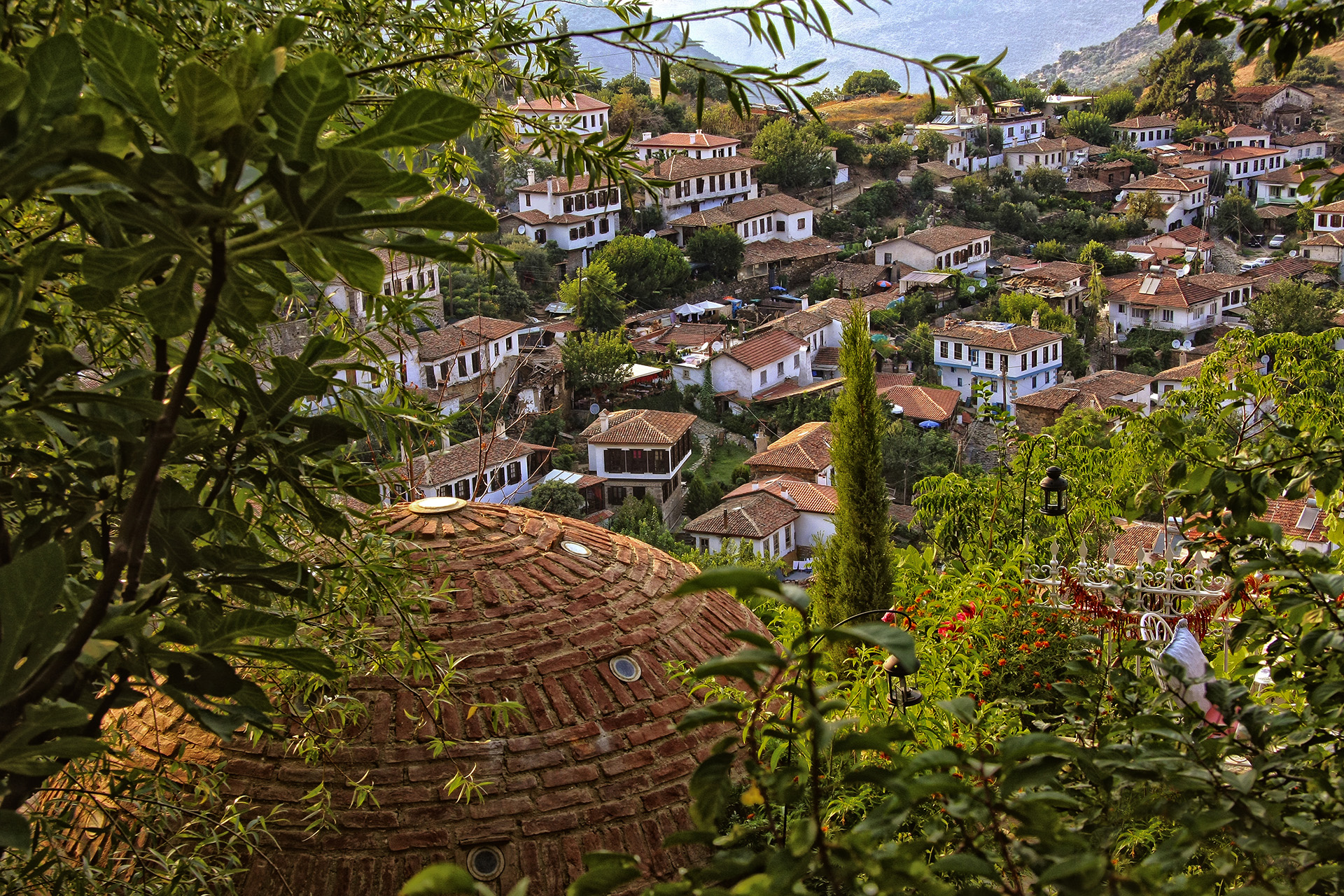 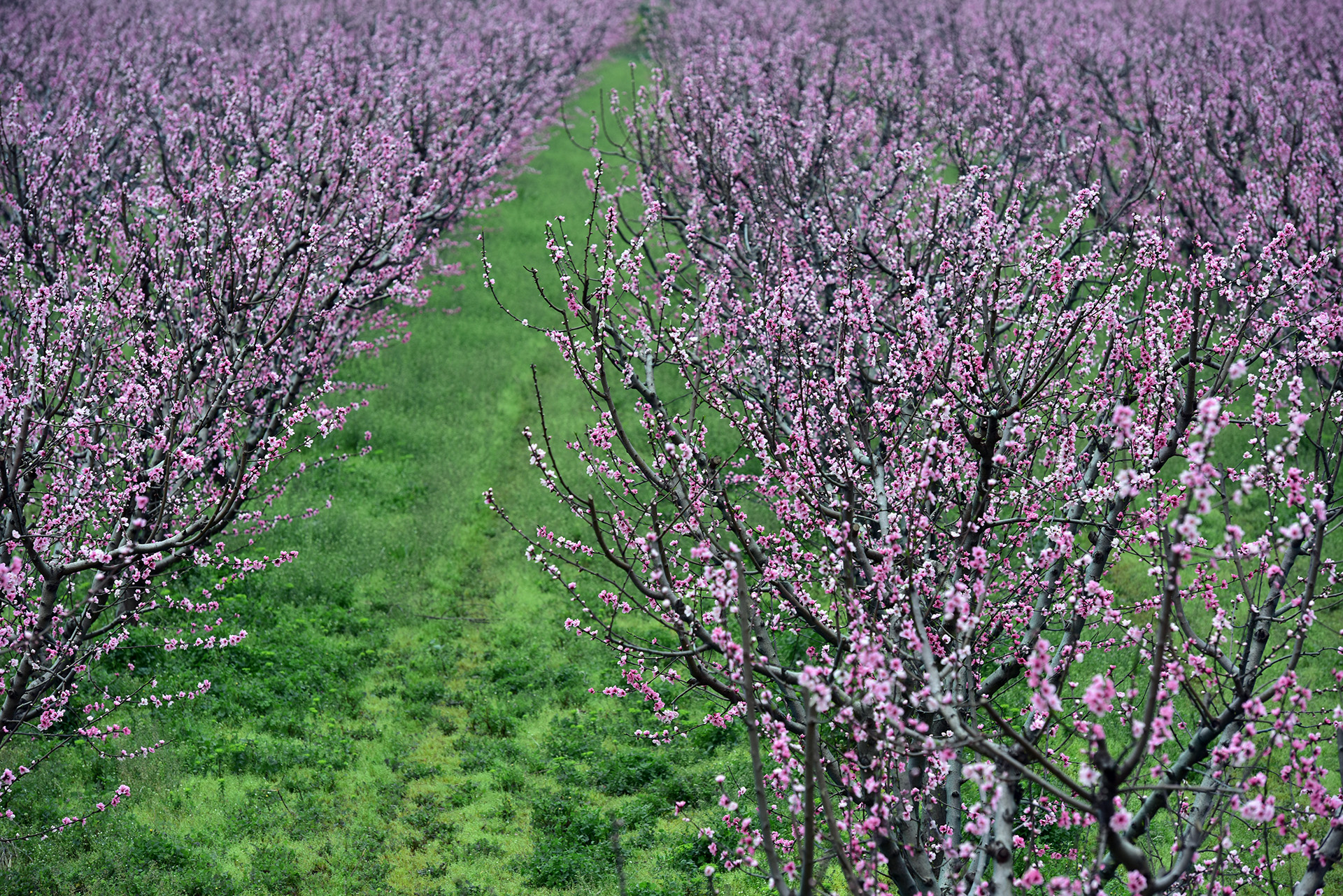 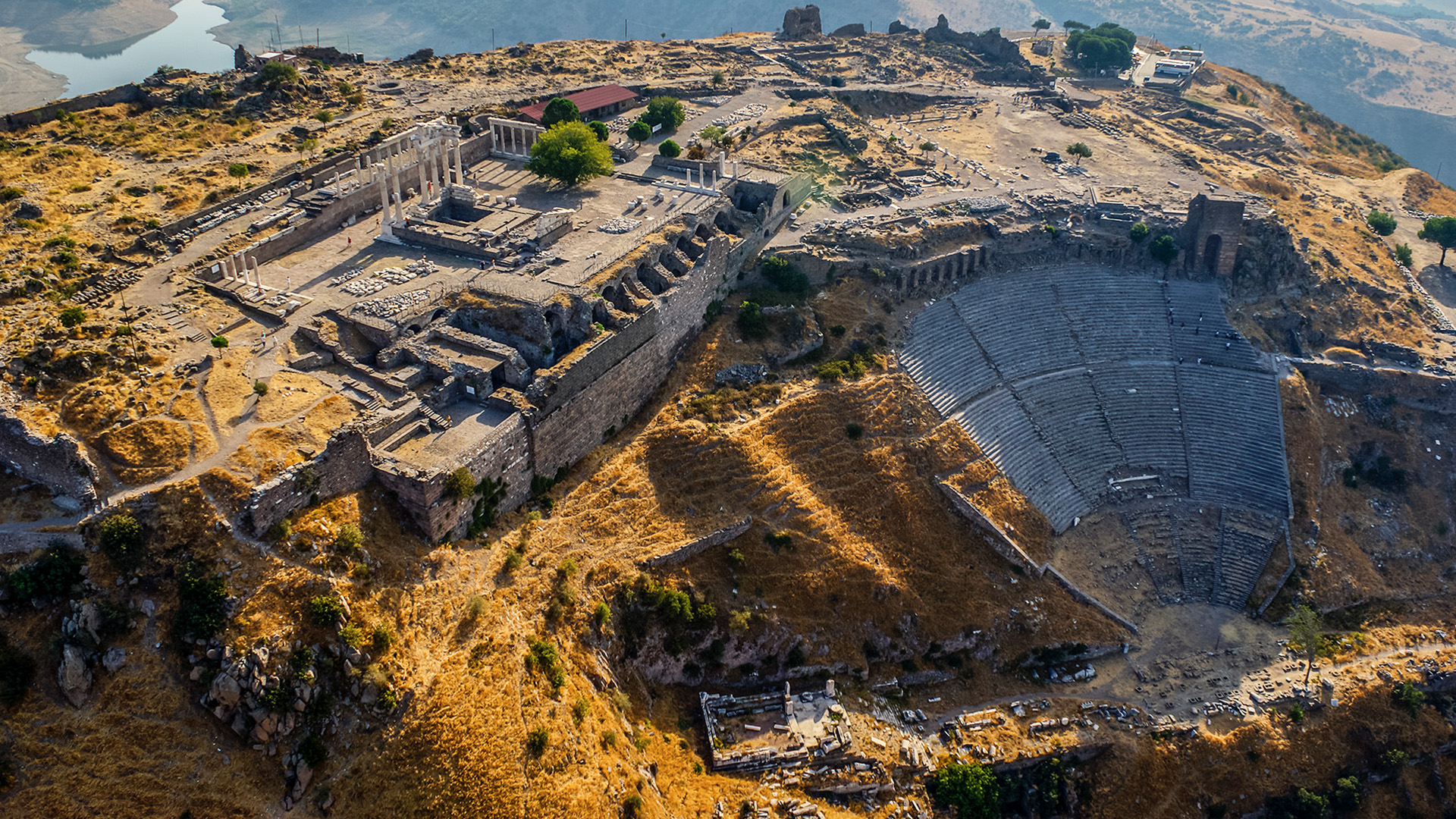 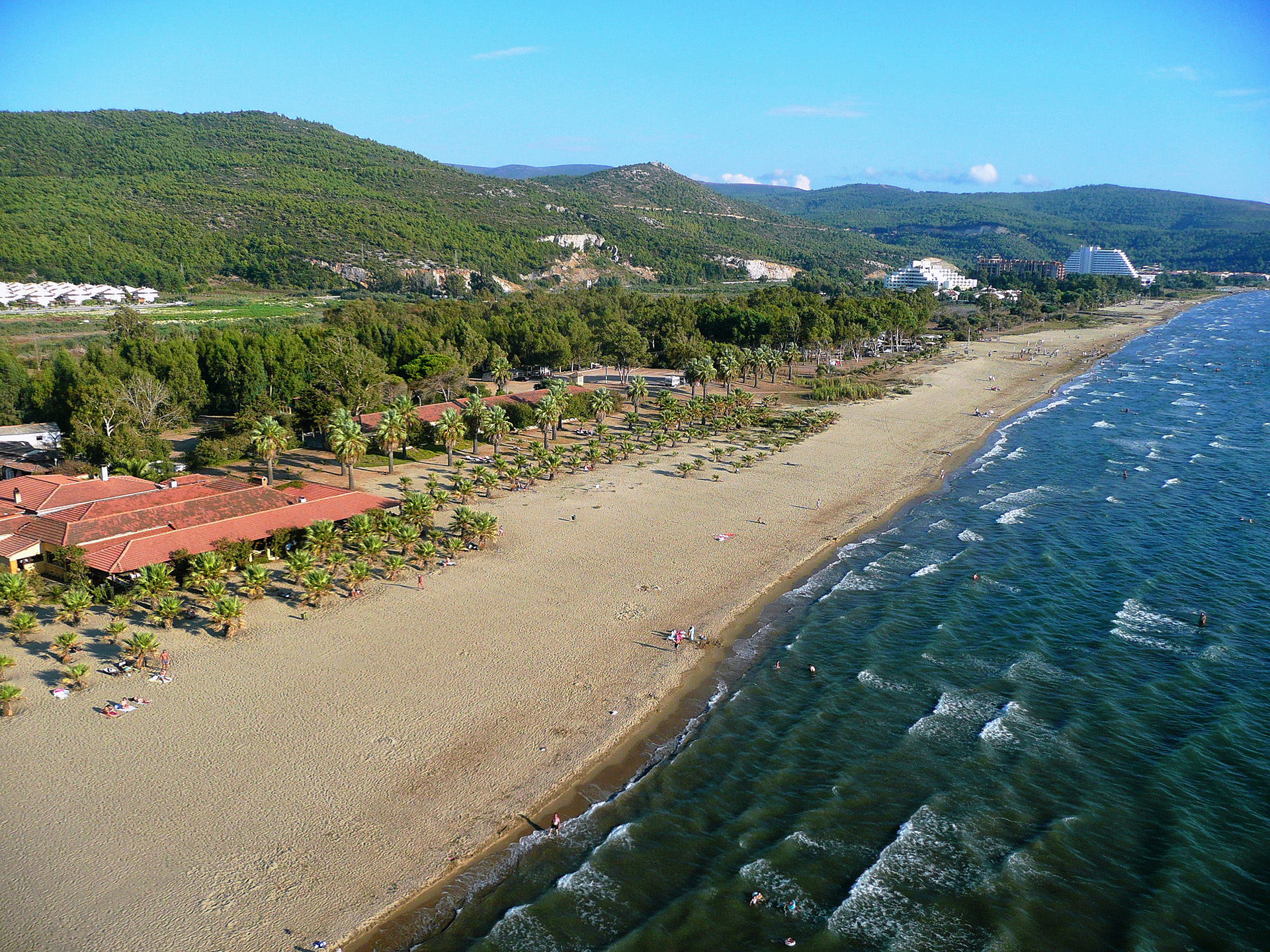 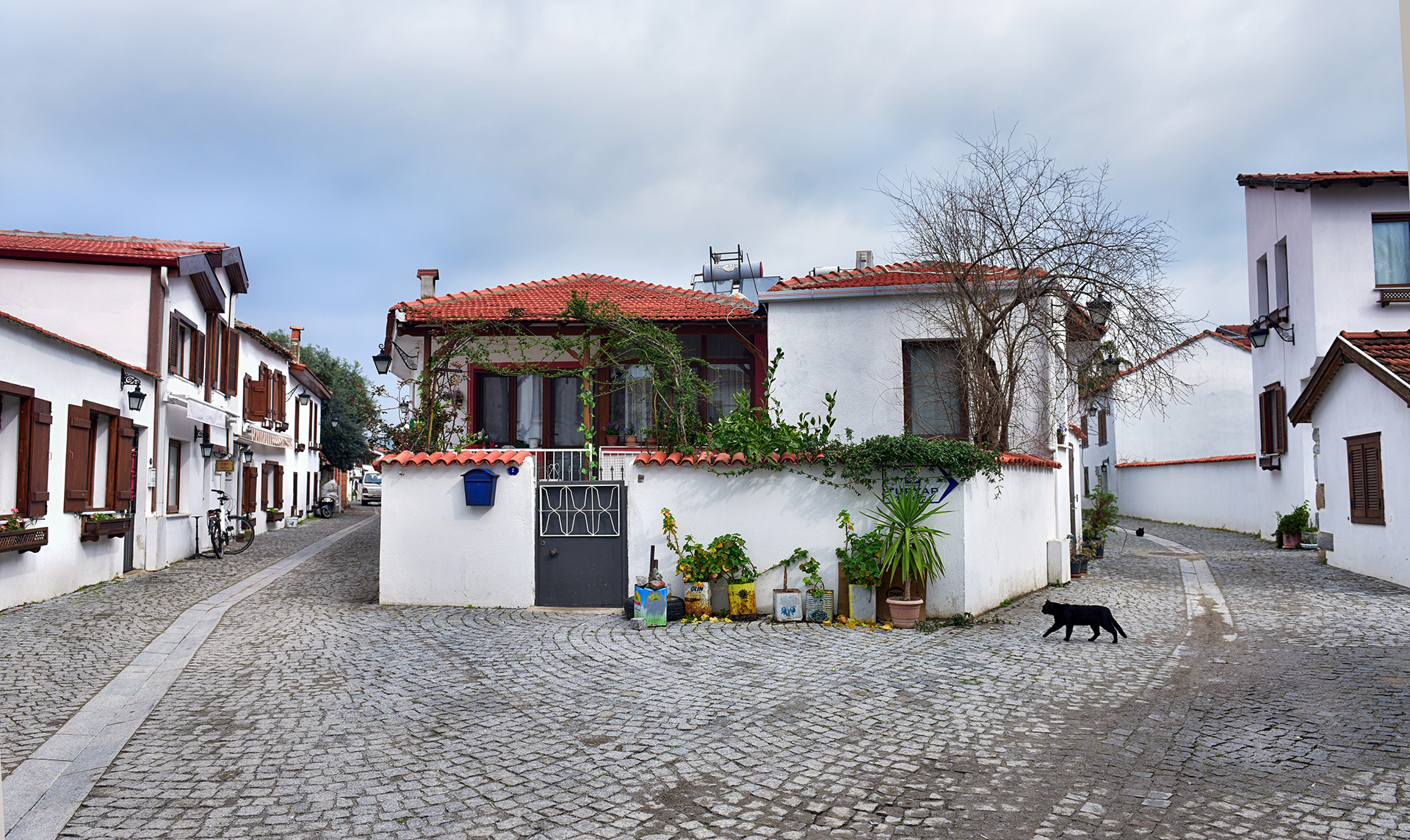 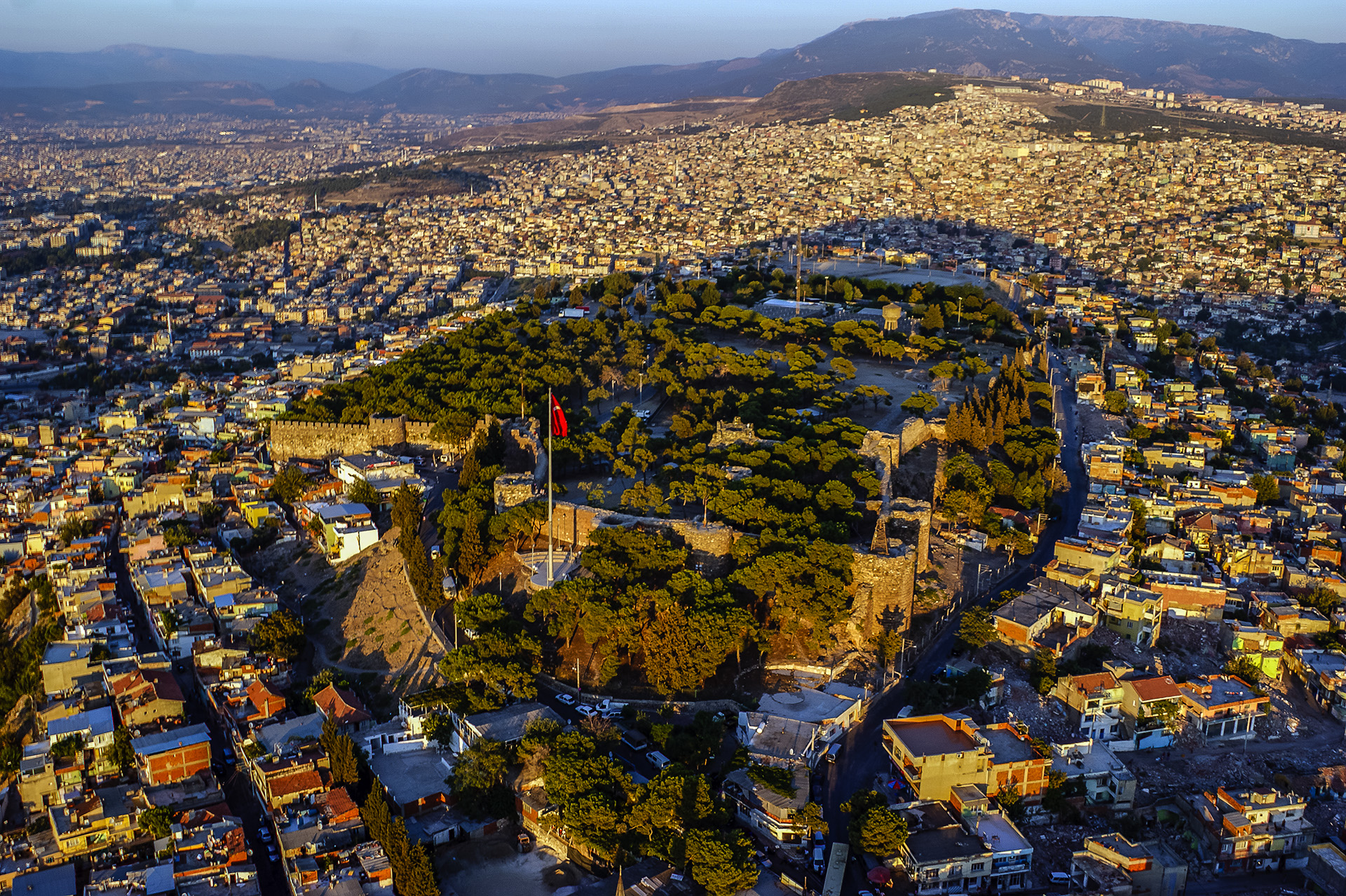 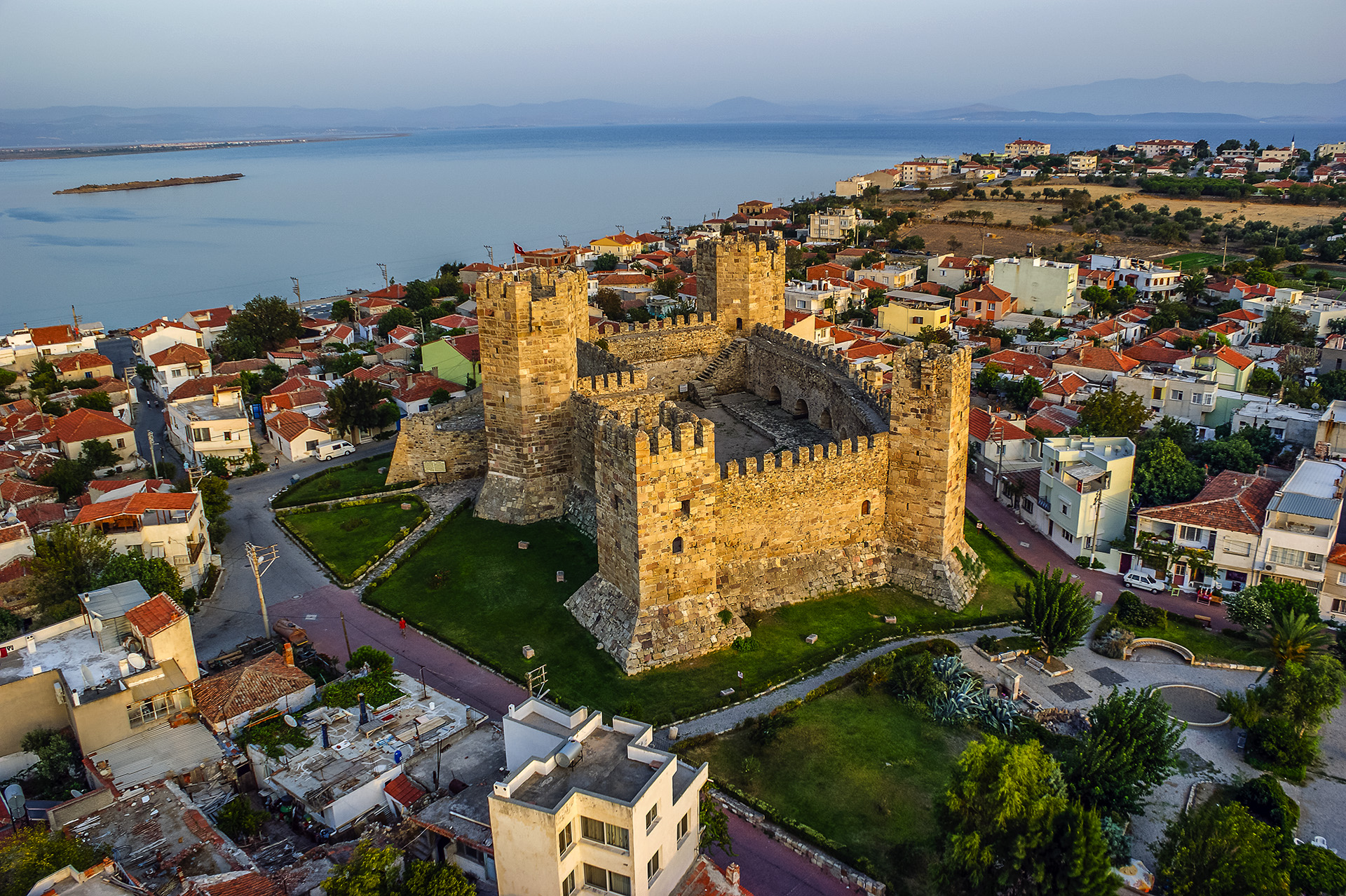 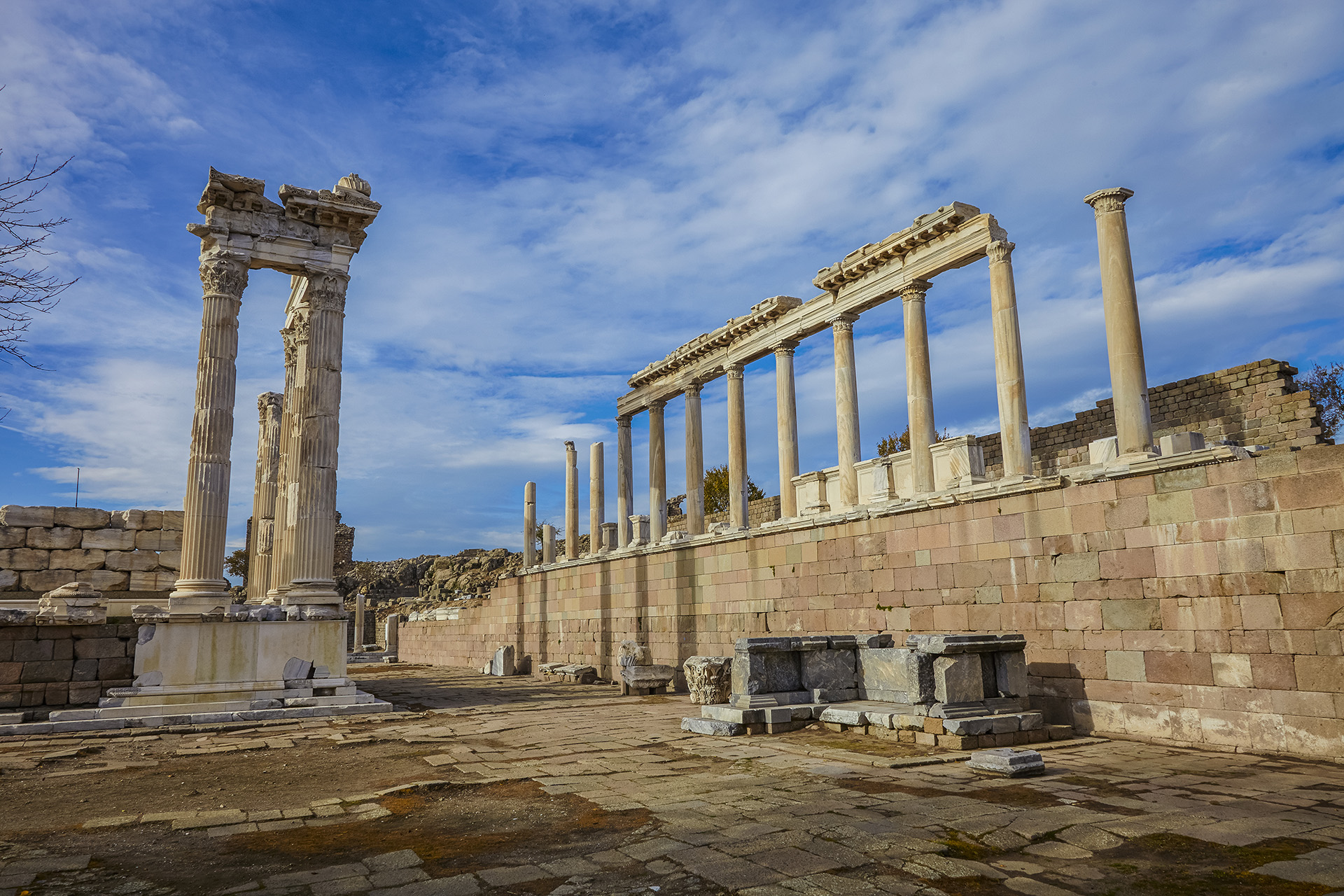 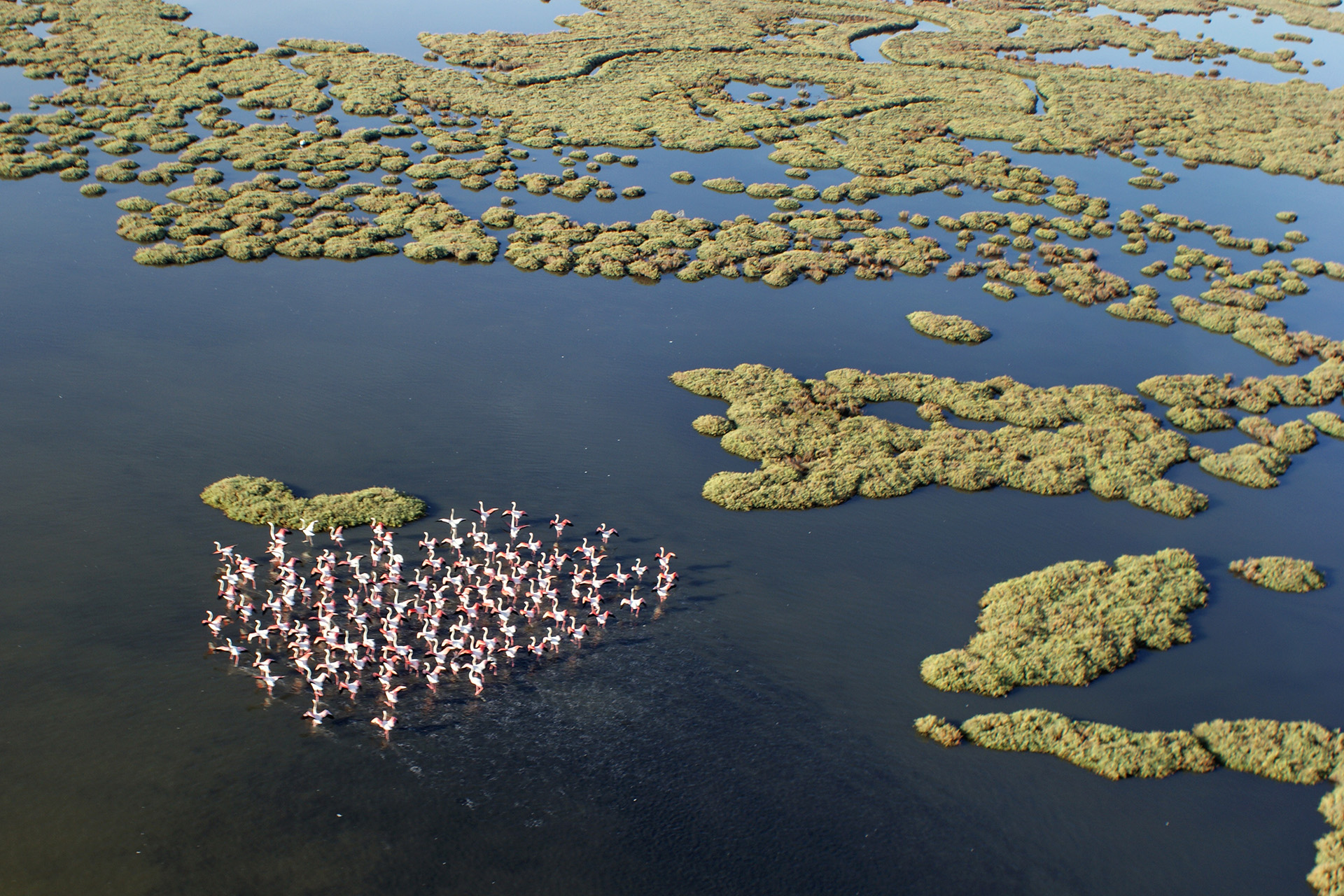 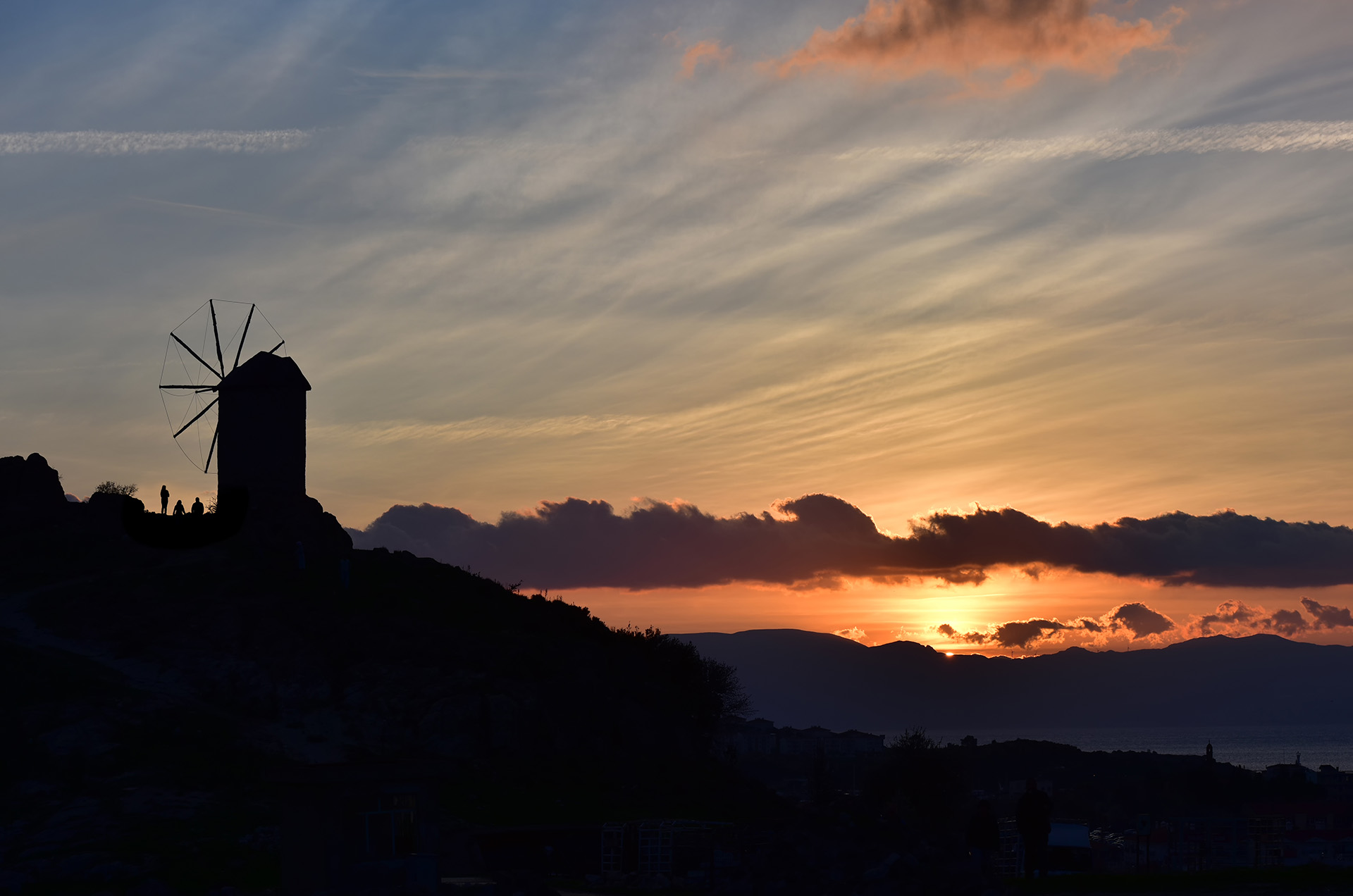 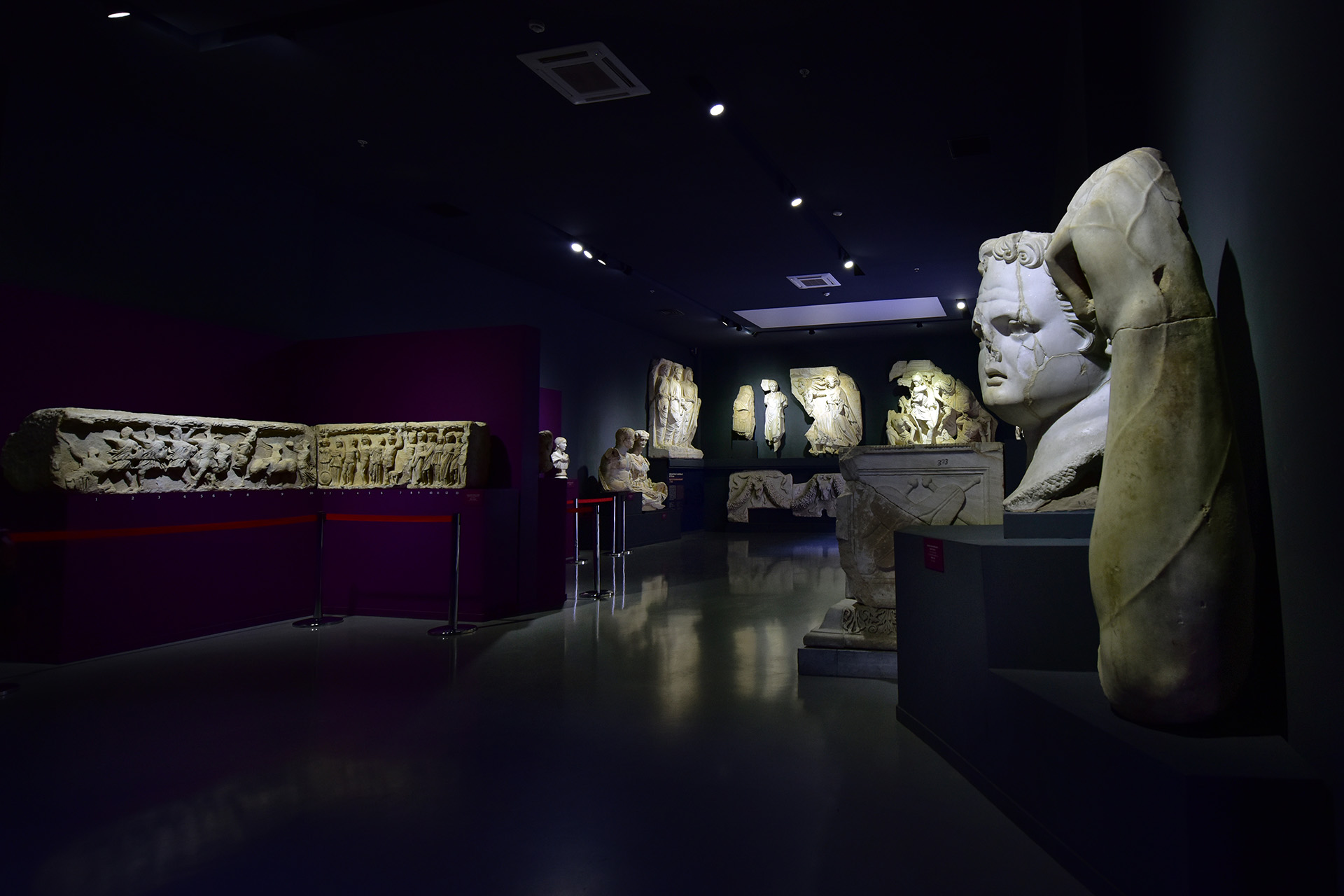 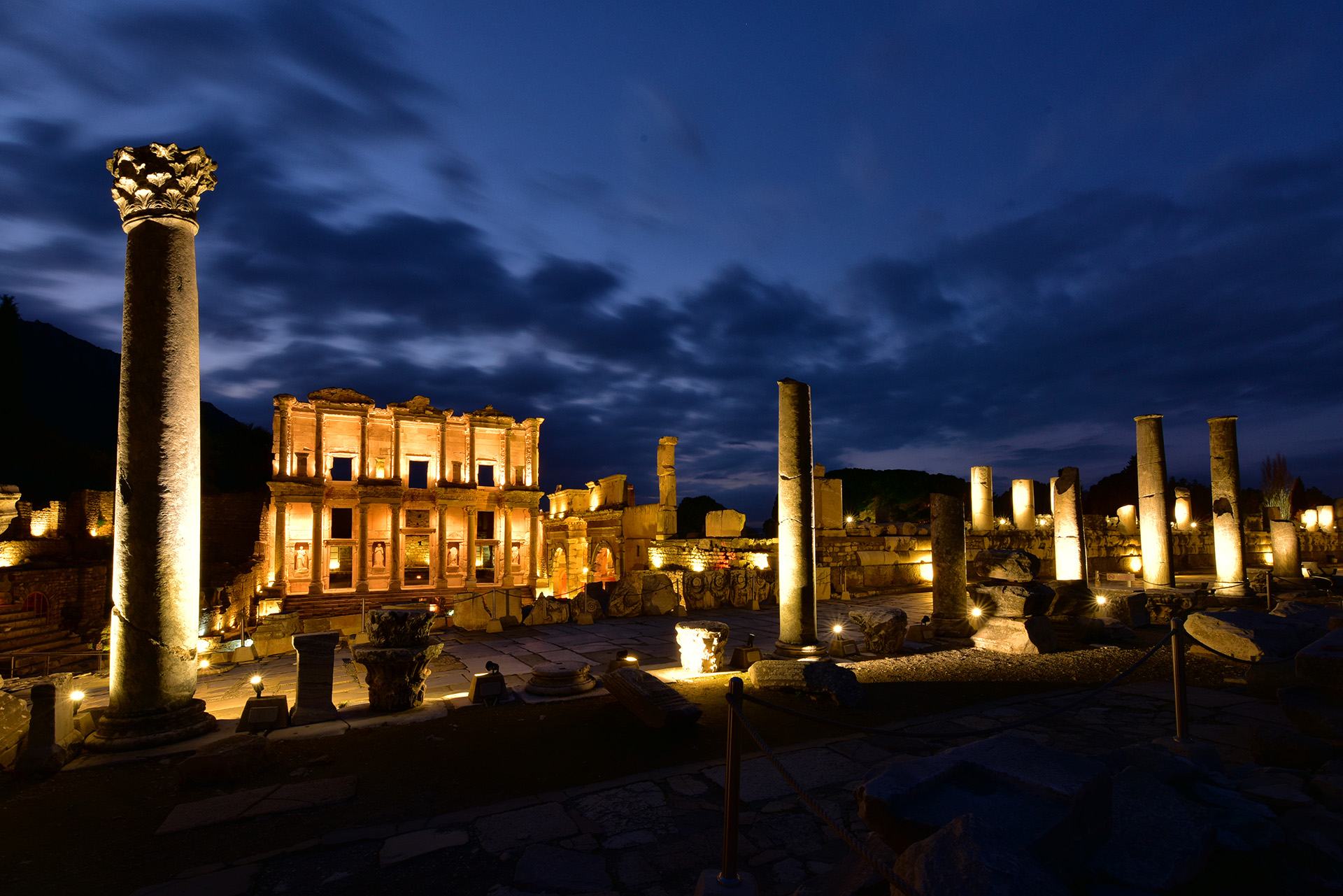 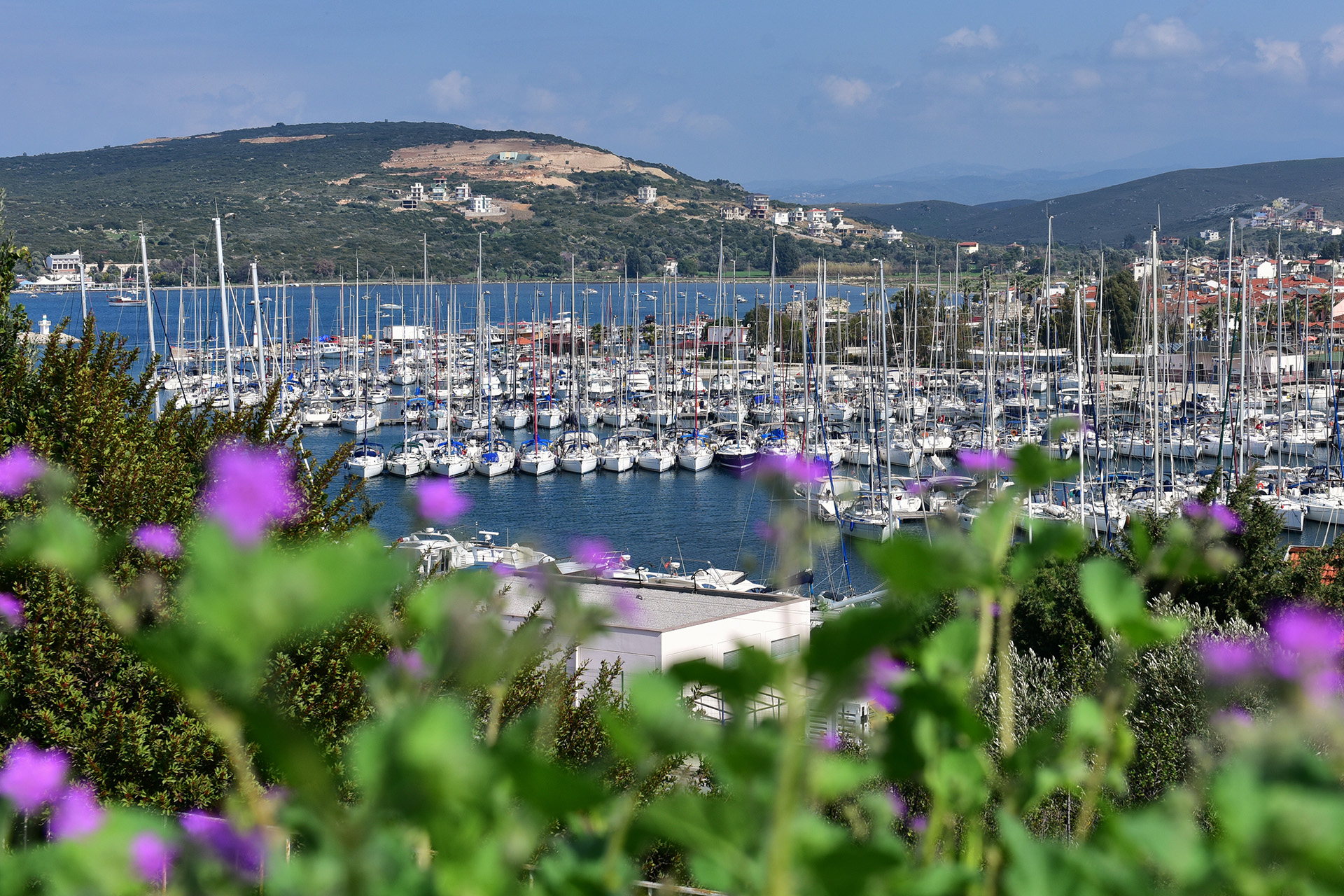 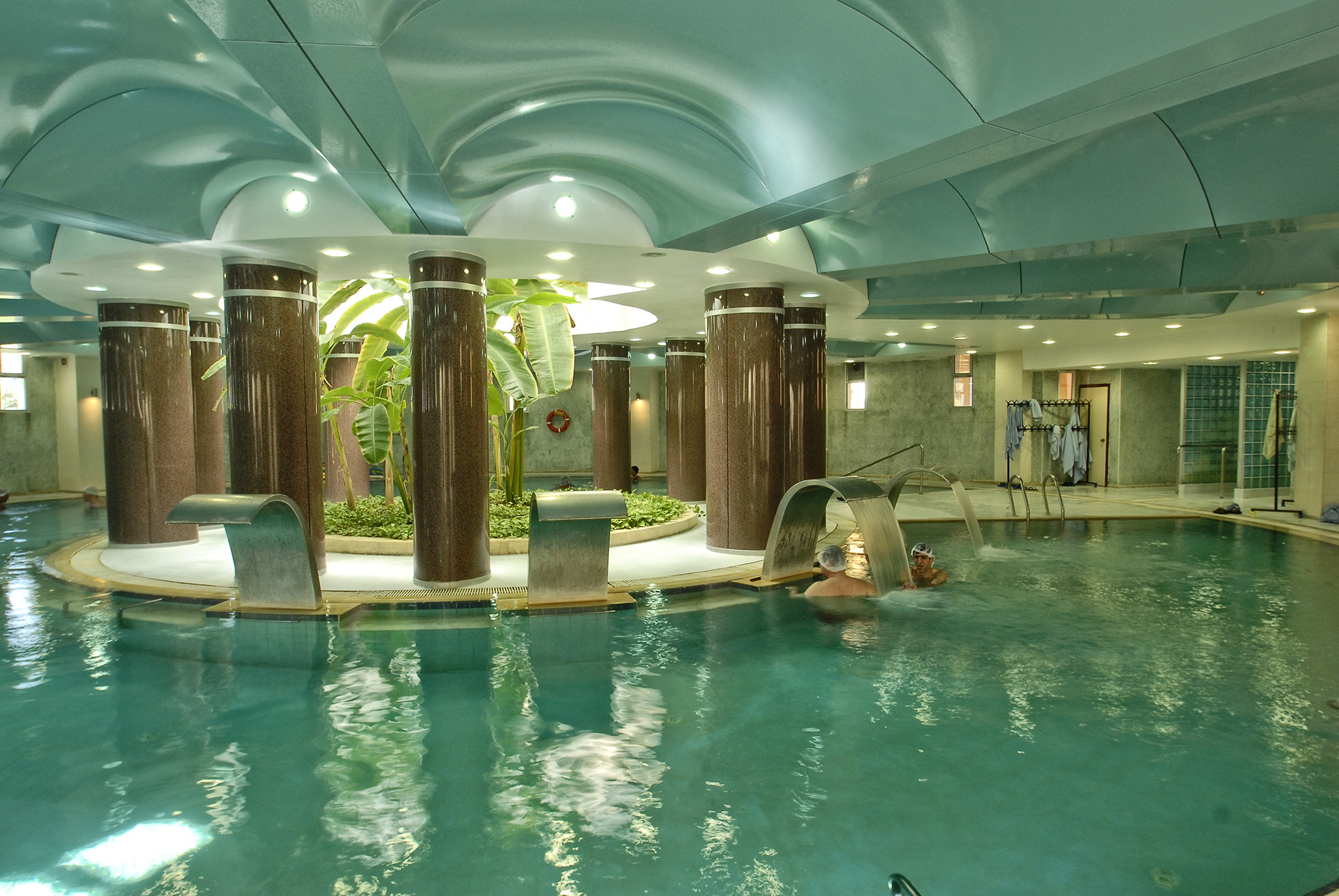 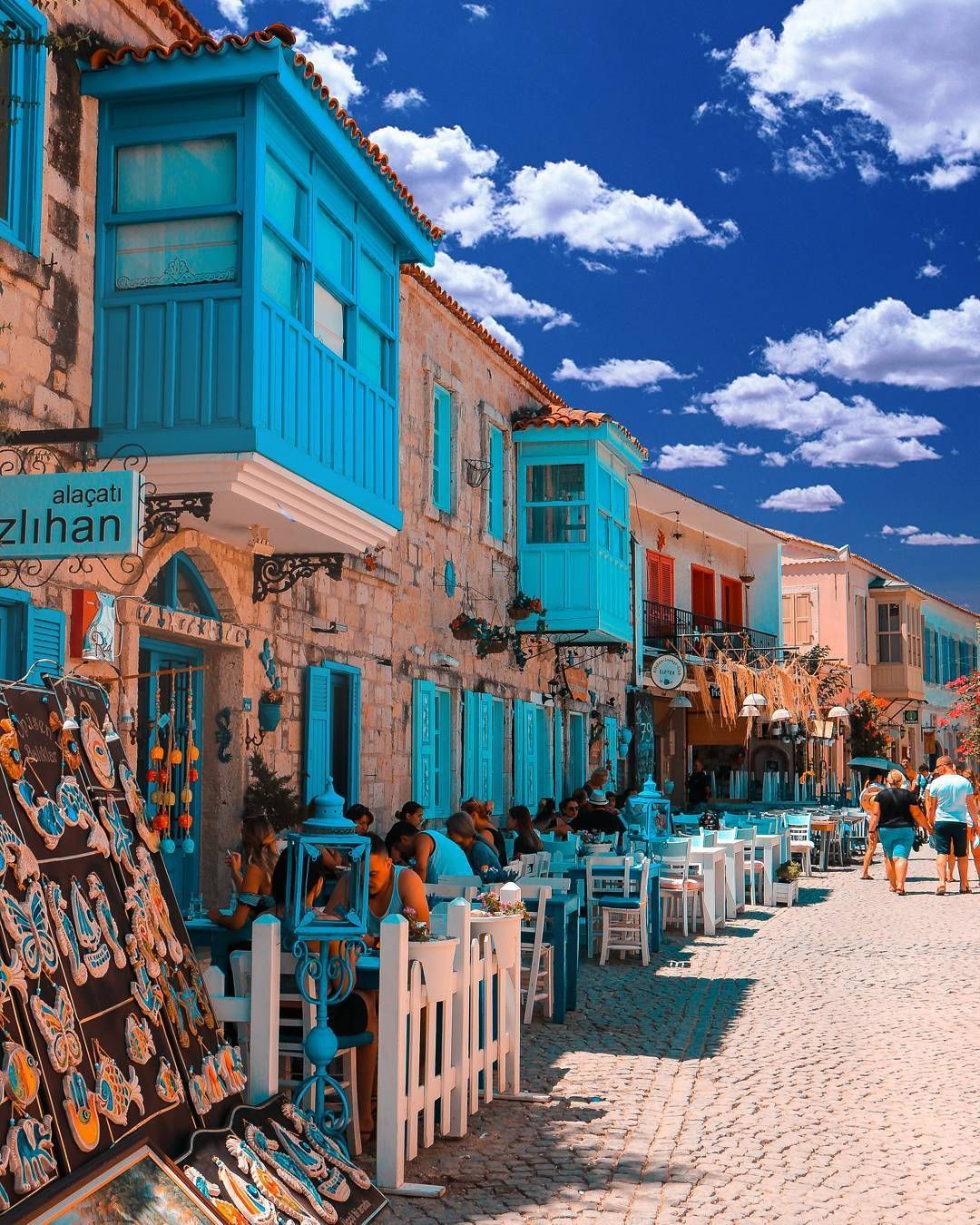 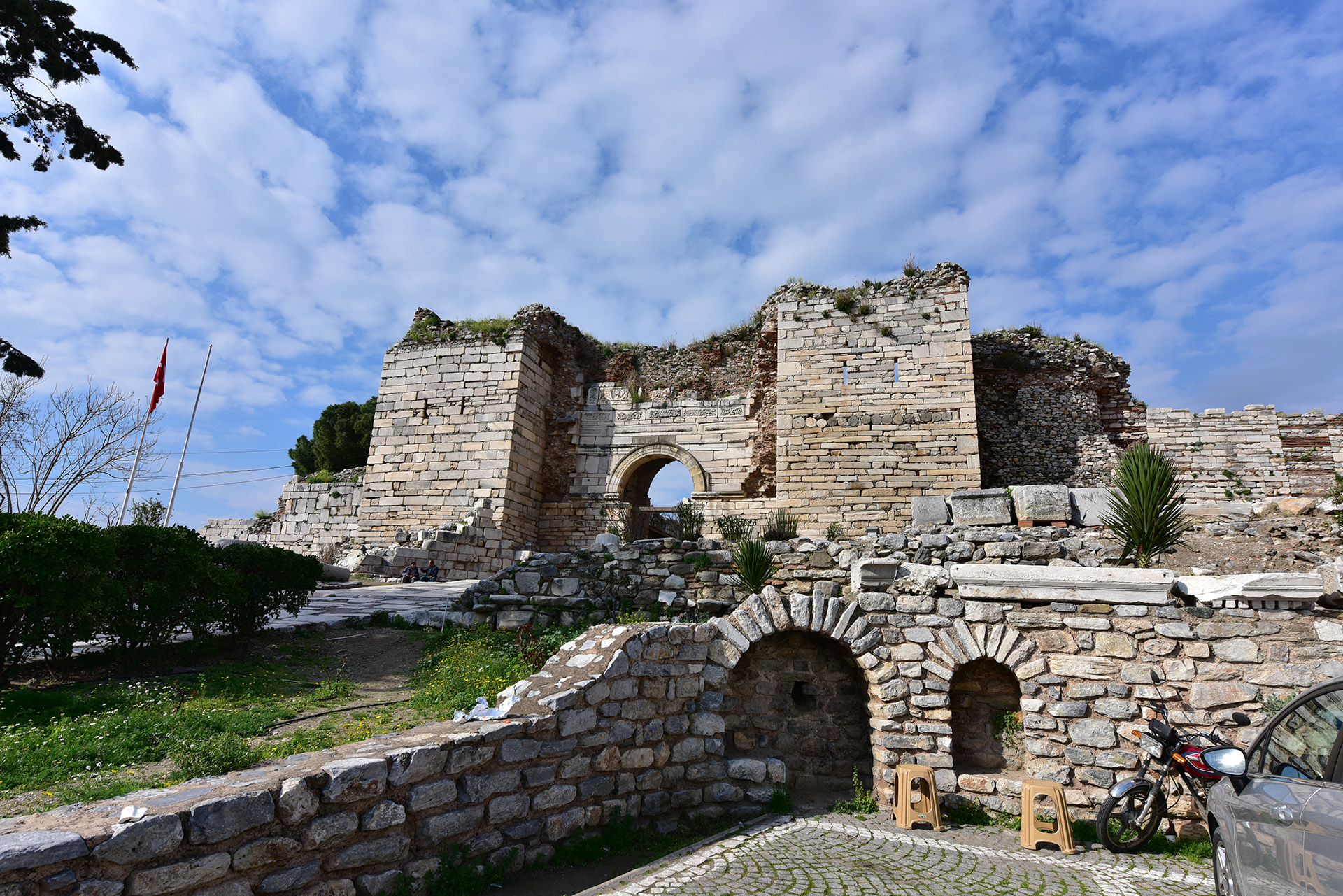 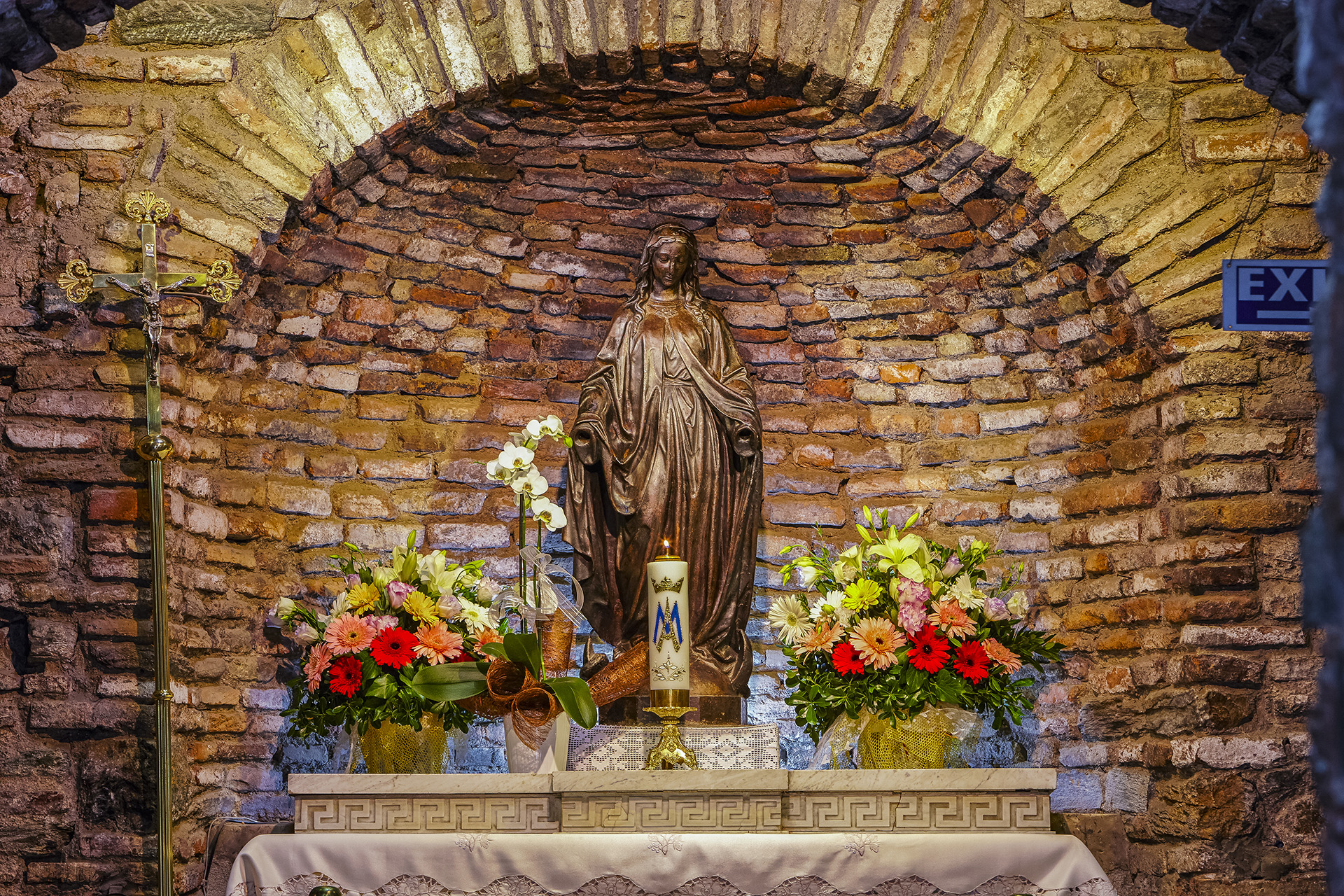 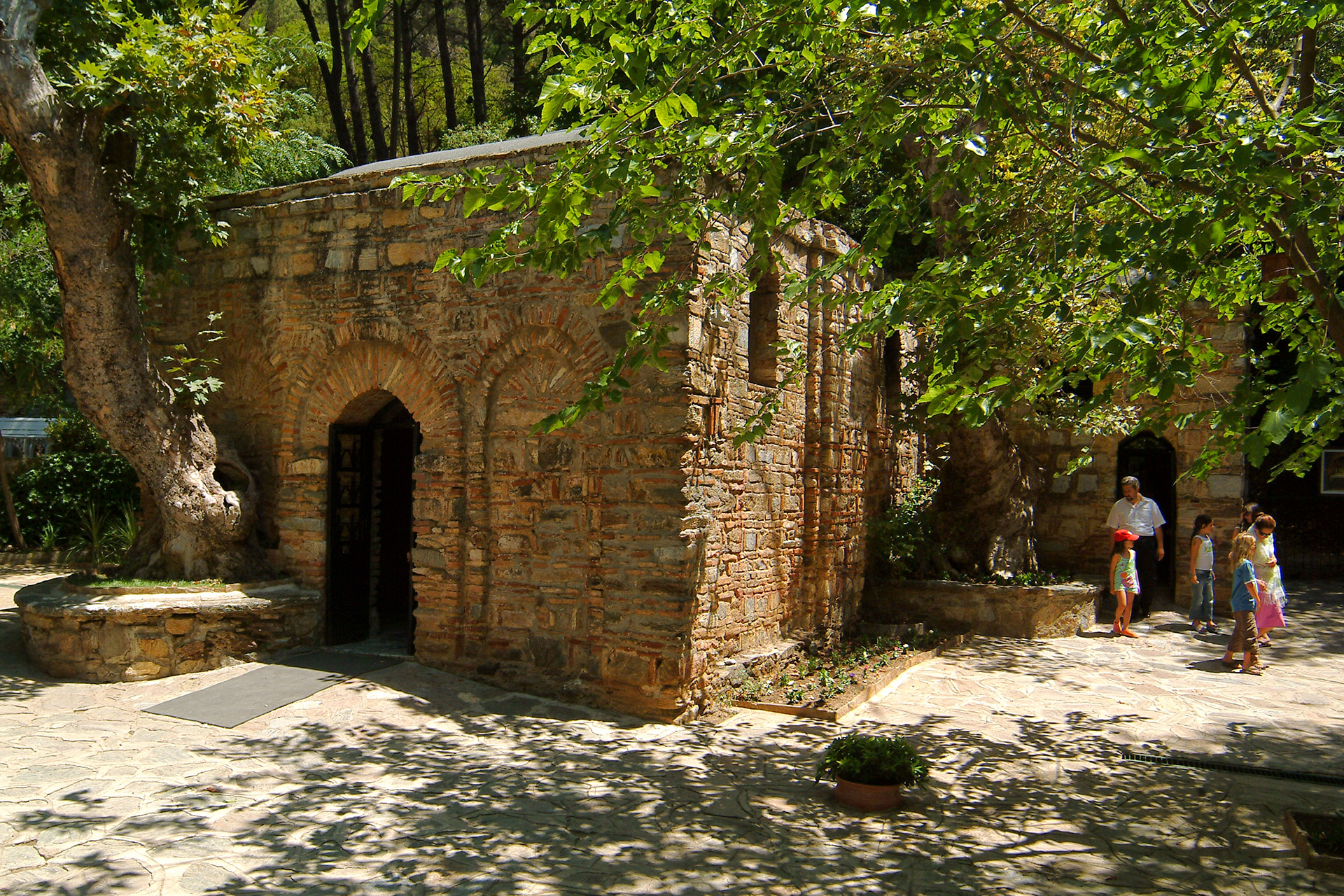