EPHESUS: ONE OF THE MOST IMPORTANT AREA IN IZMIR 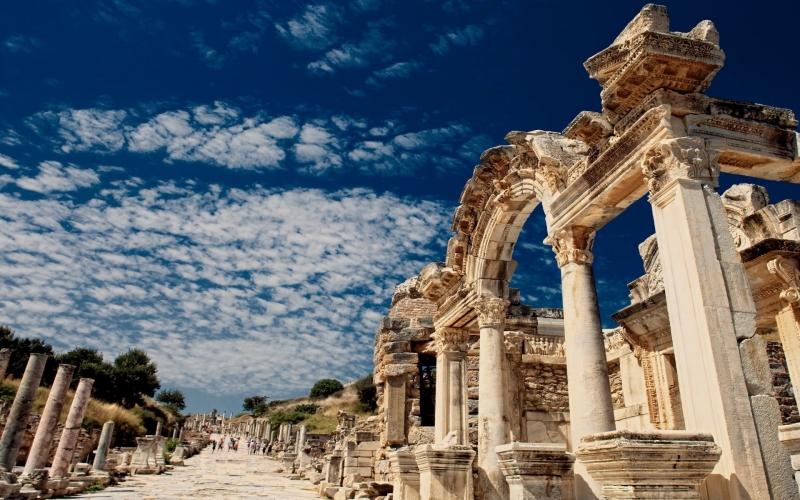 As one of the most important centres of the ancient era that is inscribed on the UNESCO World Heritage List in 2015, Ephesus had been inhabited approximately for 9000 years throughout the Hellenistic Era, Roman Period, Byzantine Era, the Period of Principalities and the Ottoman Era. It was a very important port city and centre of culture and commerce. The whole site comprises Çukuriçi Mound, Ayasuluk Hill (Selçuk Fortress, the Basilica of St. John, İsa Bey Bath, İsa Bey Mosque, Temple of Artemis), the House of the Virgin Mary, and of course the ancient city of Ephesus.