VAN: SO MUCH TO VISIT 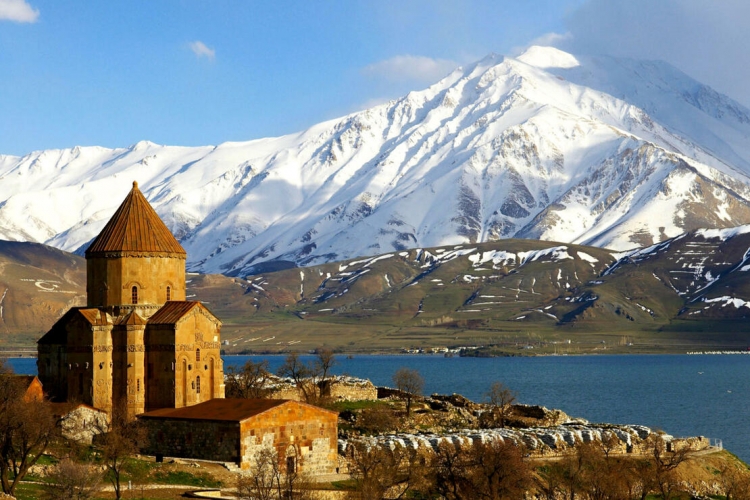 Being famous for its distinctive domestic cats, Van offers a ferry trip to a sacred destination- an evil eye bead for Turkey’s largest lake.

This remote but important city is settled in a verdant oasis at the foot of a rocky peak. An imposing ninth century BC citadel overlooks the new and old parts of the town. Steps carved in the rock lead to the Urartian fortress and halfway up inscriptions in cuneiform pay homage to Xerxes. Inside of the fortress are several Urartian royal rock tombs. In the old city the Ulu Mosque, Hüsrev Paşa Mosque, Kaya Çelebi Mosque and the İkiz Kümbet (Twin Mausoleums) reflect the Seljuk and Ottoman architectural styles. Van´s interesting Archaeological Museum is in the new city, inland from the uninhabited old district. Still very much part of a traditional lifestyle, the women of Van produce beautiful kilims (rugs) woven in blue, red and white patterns. The exotic Van cat that is a symbol of the city has thick white fur and eyes of one colour eachblue and green. The philatelic sections of major Turkish post offices have beautiful Van cat stamps for sale.

At Van İskelesi (Van Pier), friendly tea gardens and restaurants invite you for a break and Edremit, a holiday resort 14 km to the southwest, has nice beaches available for both swimming and camping. In the same direction is Gevaş, where you can visit a Seljuk cemetery with numerous decorated headstones and the lovely Halime Hatun Mausoleum.

Lake Van, the largest lake of Turkey, is located at an altitude of 1720m and is ringed by beautiful mountains. Mount Süphan (4058m) is on the northwest side and the İhtiyar Şahap Mountains are to the south of the region. You can go around the lake, visiting several ancient Urartian sites as well as other places that represent the legacies of the various peoples who inhabited the area.

Some of the islands on Lake Van have monasteries and churches. Forty-one kilometres southwest of Van, Akdamar Island (a half-hour sail from shore) is the most important of these. On the island stands the 10th century Akdamar Church whose stone walls are richly carved with Old Testament scenes and figures. The church, hosting a religious ceremony once a year, now serves as a museum. After sightseeing, swimmers and picnickers can enjoy themselves around the island’s almond groves. Should you have time, visit Çarpanak Island to drink in its landscape and to wander around the 12th-century church, which is now a museum.

Among the interesting geographical features around Lake Van, the Muradiye Waterfalls, 88km north of Van, with a peaceful tea garden and restaurants and Gahnispi-Beyaz Çeşme Falls, 60km south of Van, are worth visiting.

Çavuştepe, 35km from Van on the Hakkari road, is an important Urartian citadel. It was excavated in 1970. Today you can see temples, a palace, a sacrificial altar and inscriptions there. On the pastoral, winding road to Hakkari, the Zernek Dam Lake offers itself as a resting spot on the way to Hoşap, 60km from Van, where a 17th century fairytale castle rises above a small hill. The interior is badly damaged, but the exterior walls, crenellations and turrets are well-preserved. 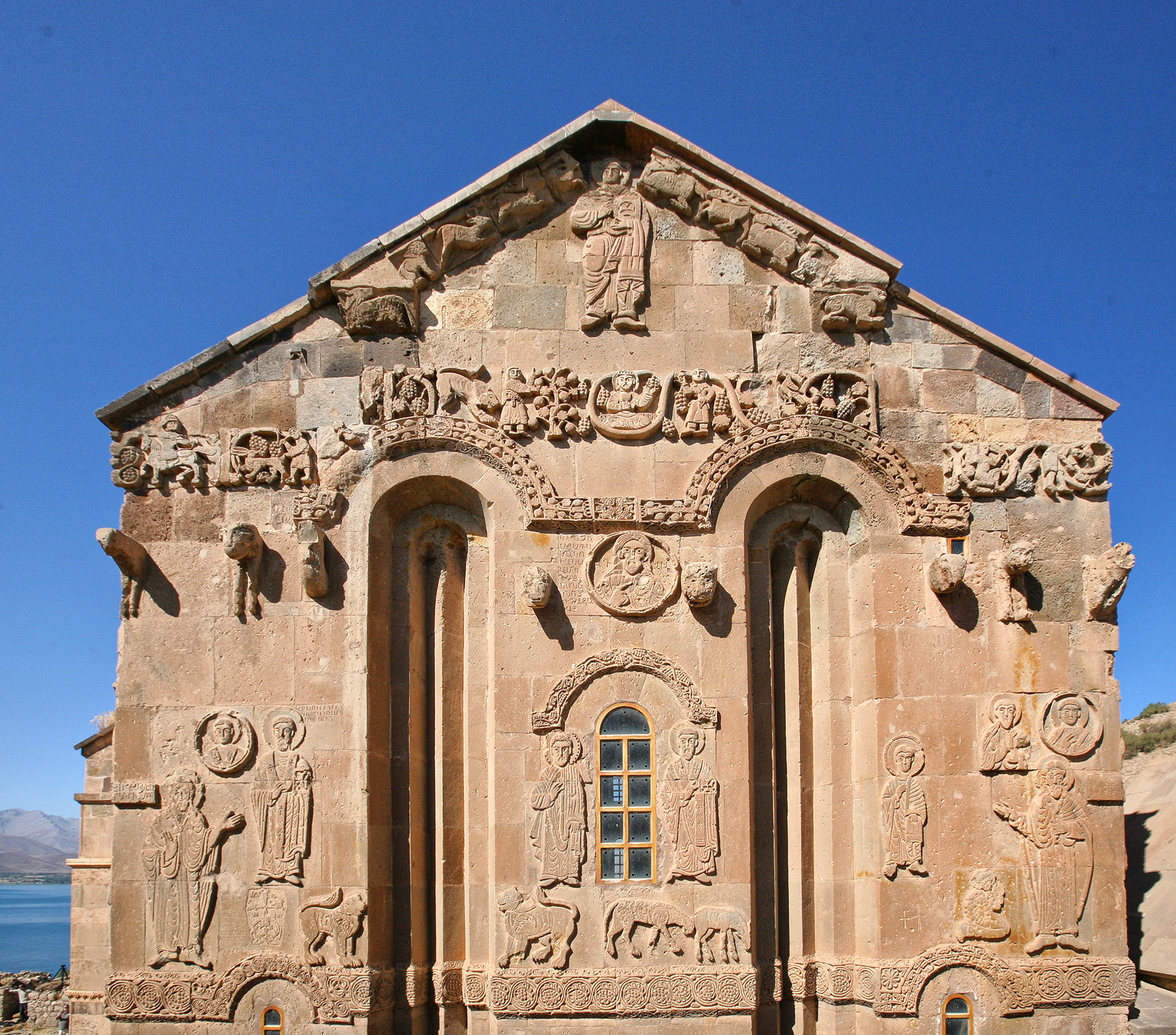 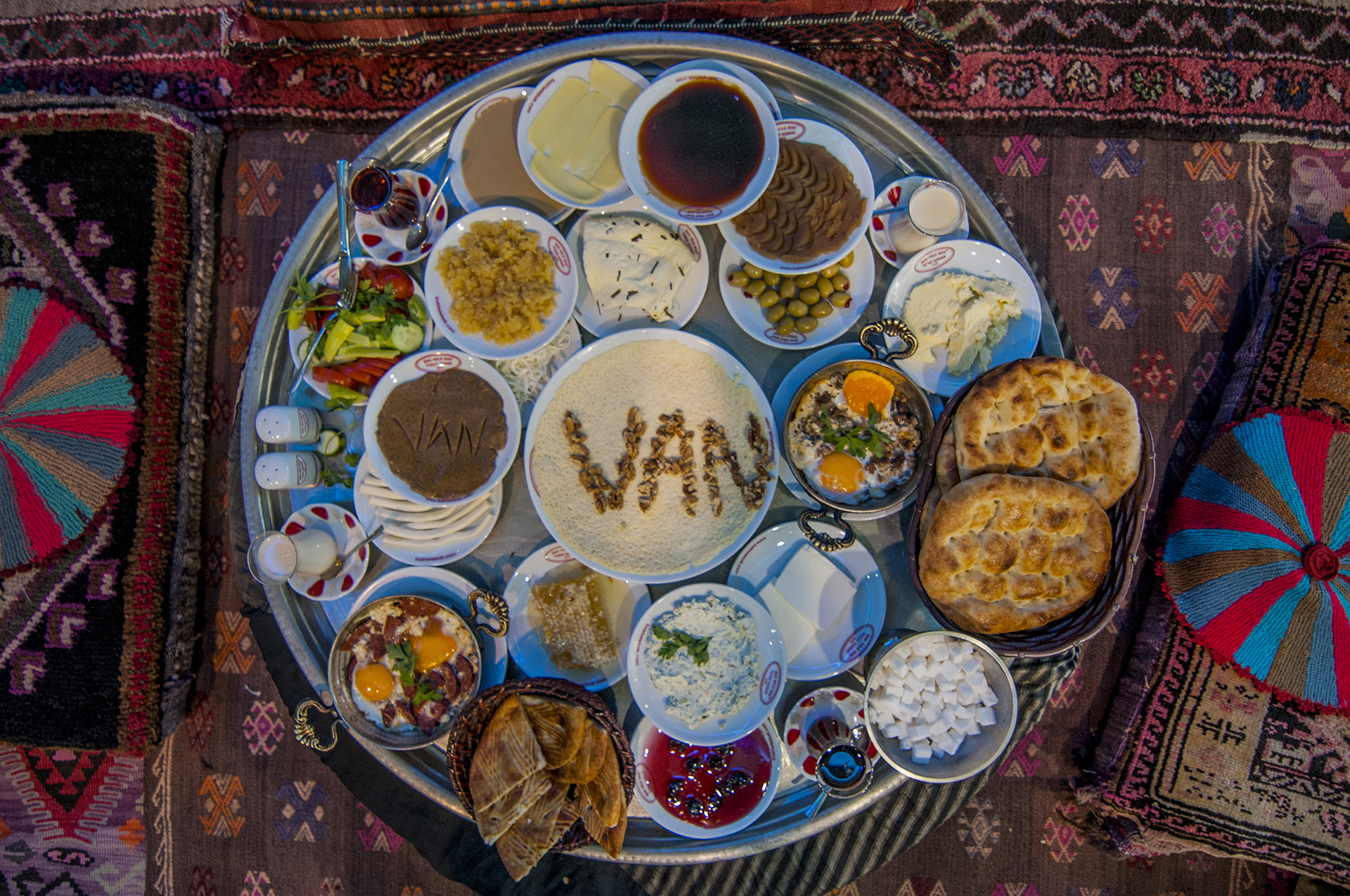 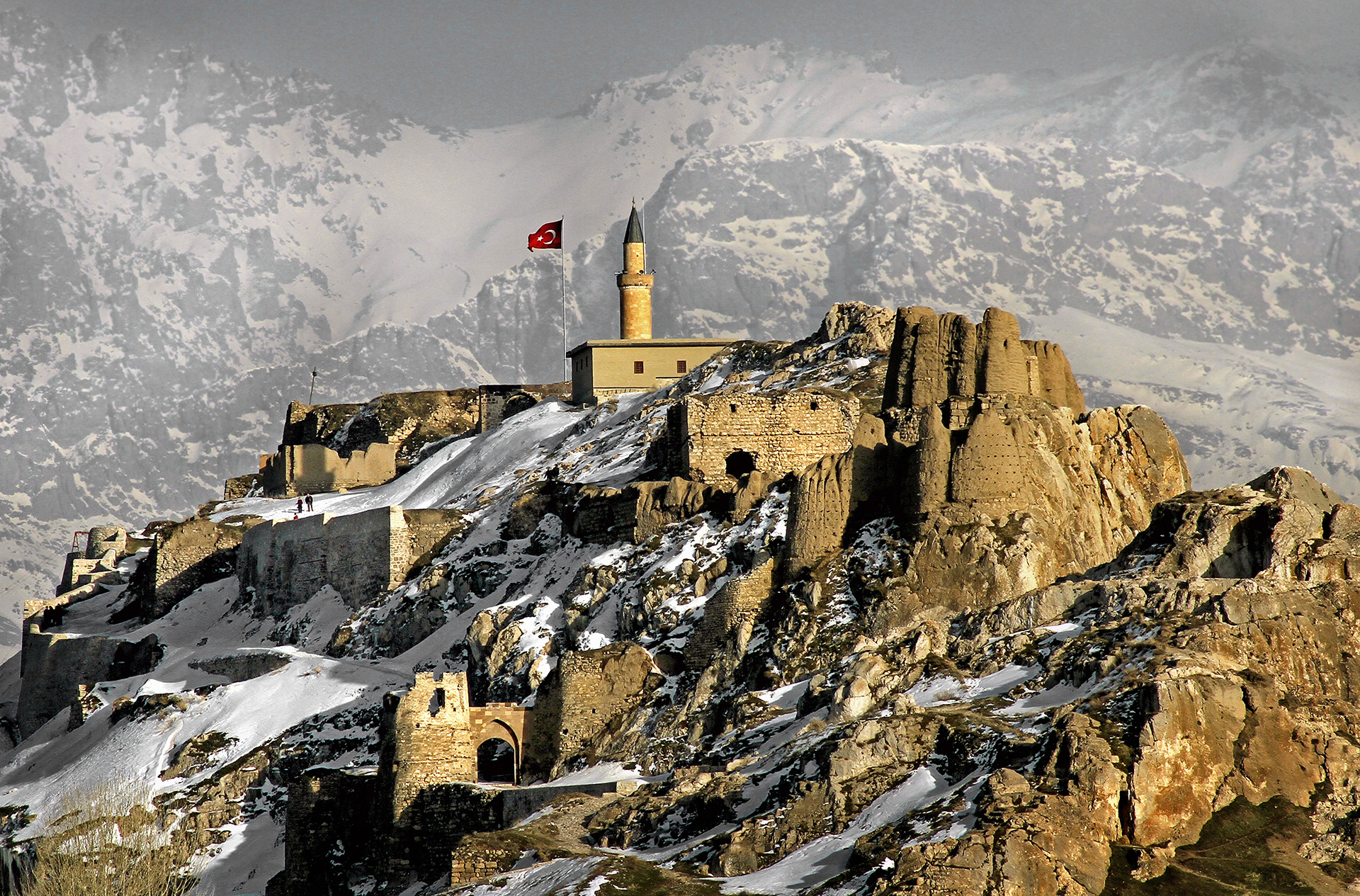 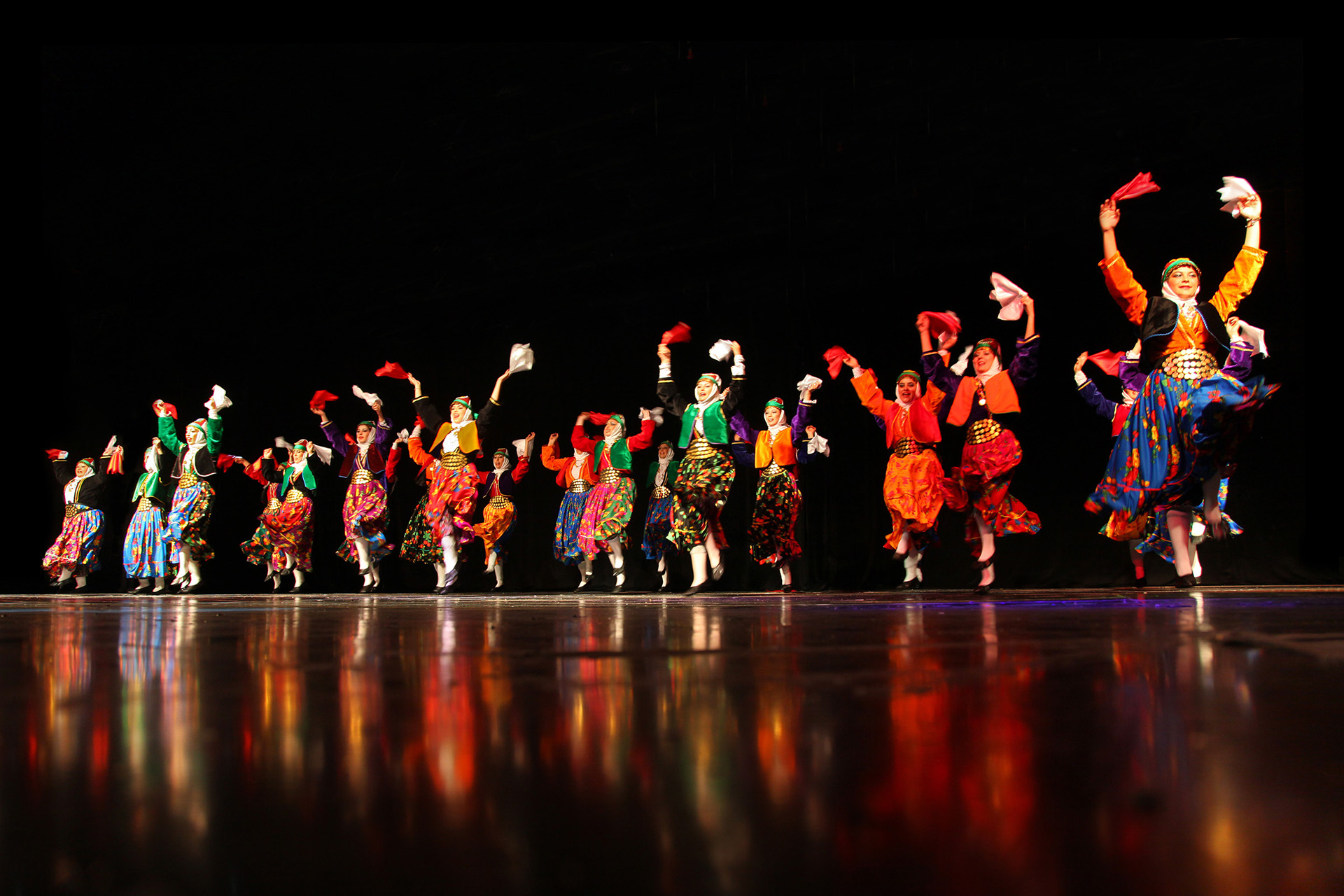 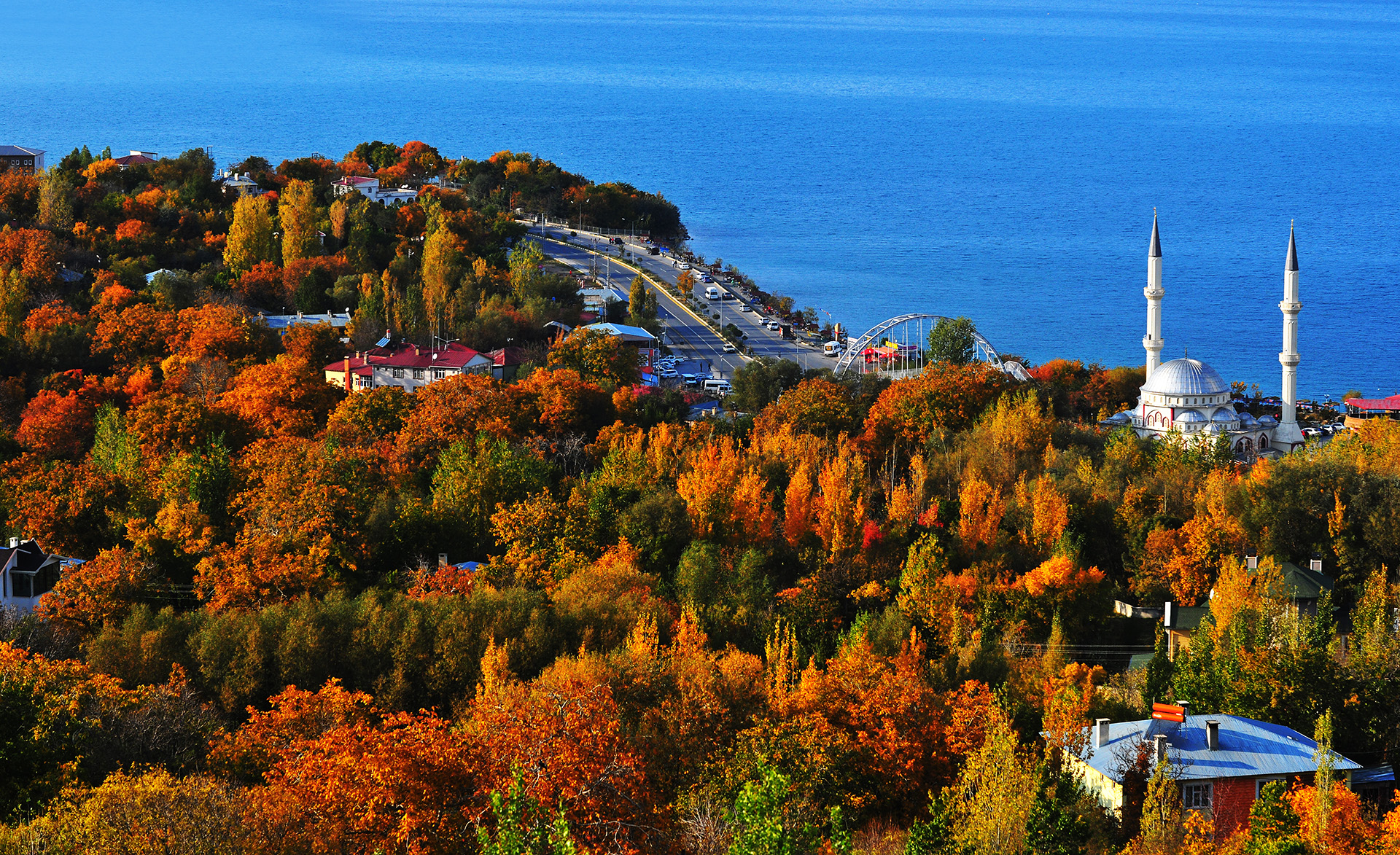 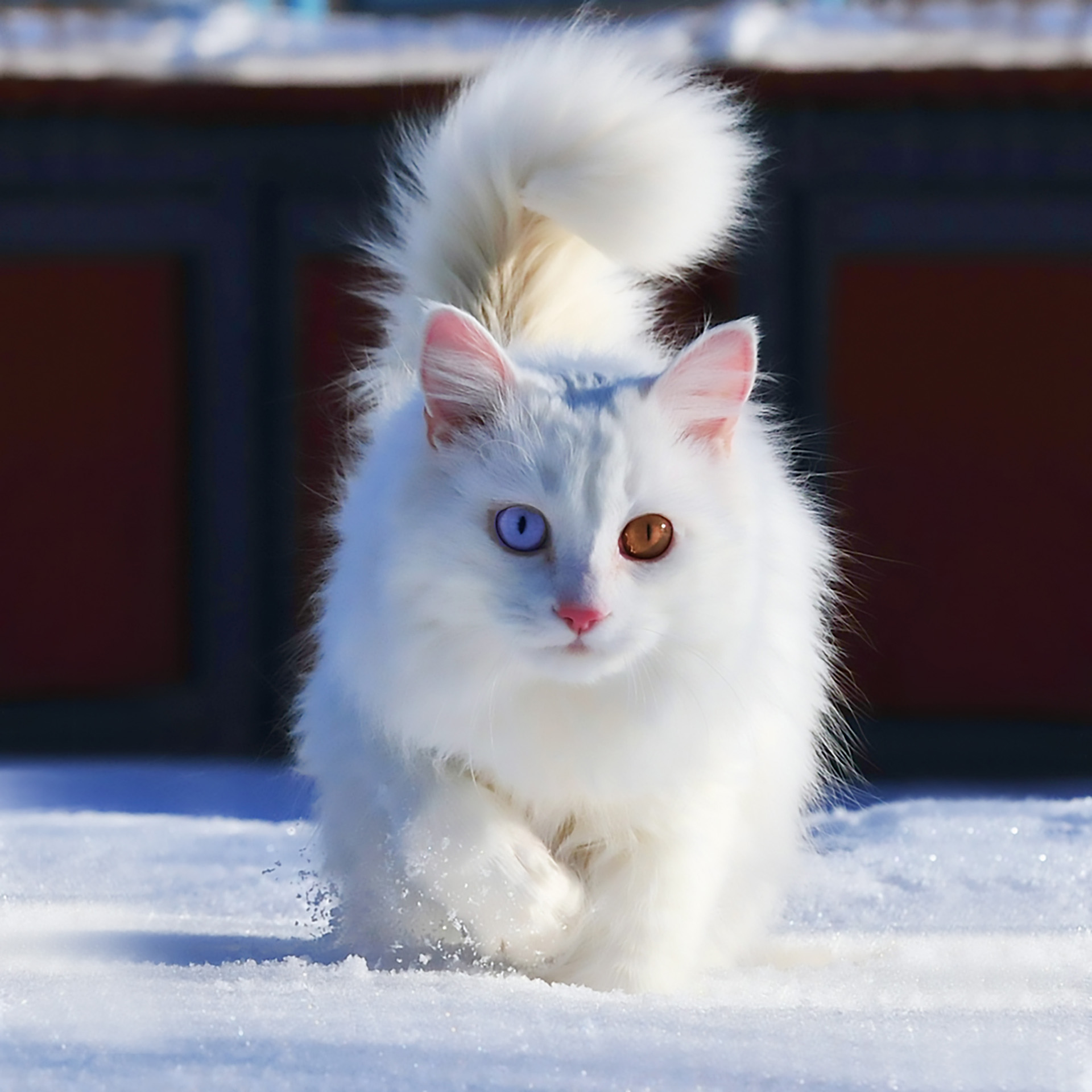 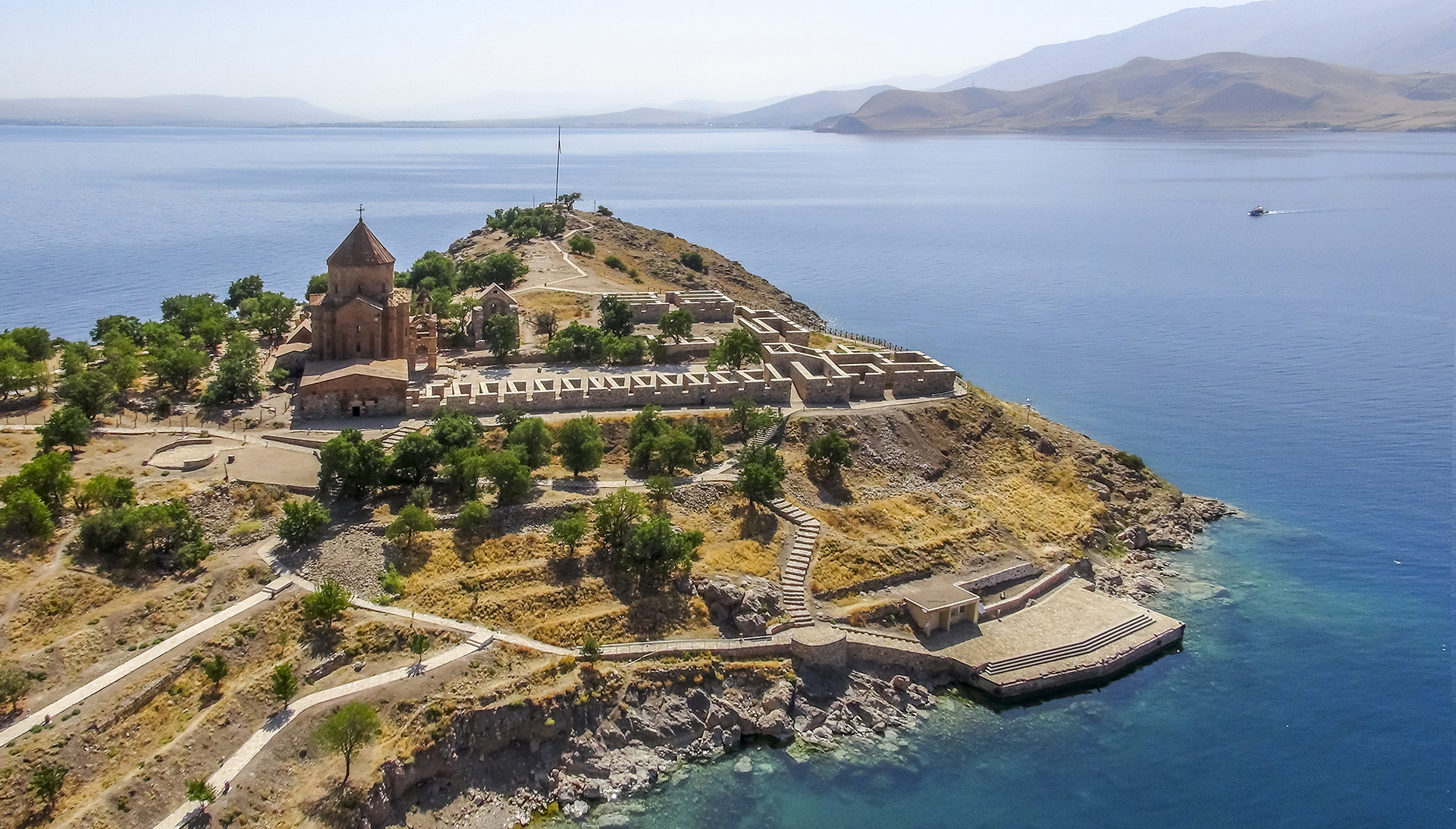 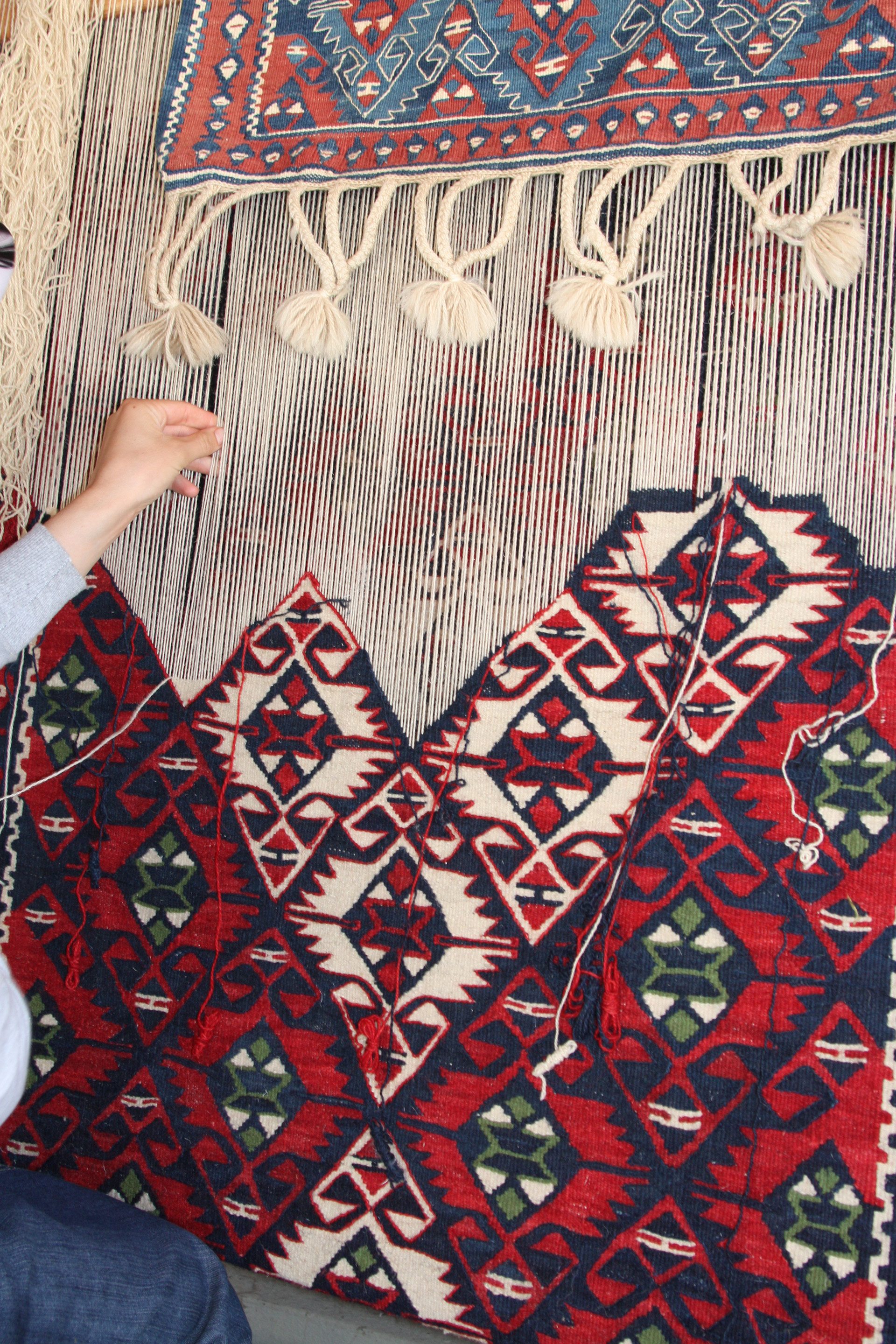 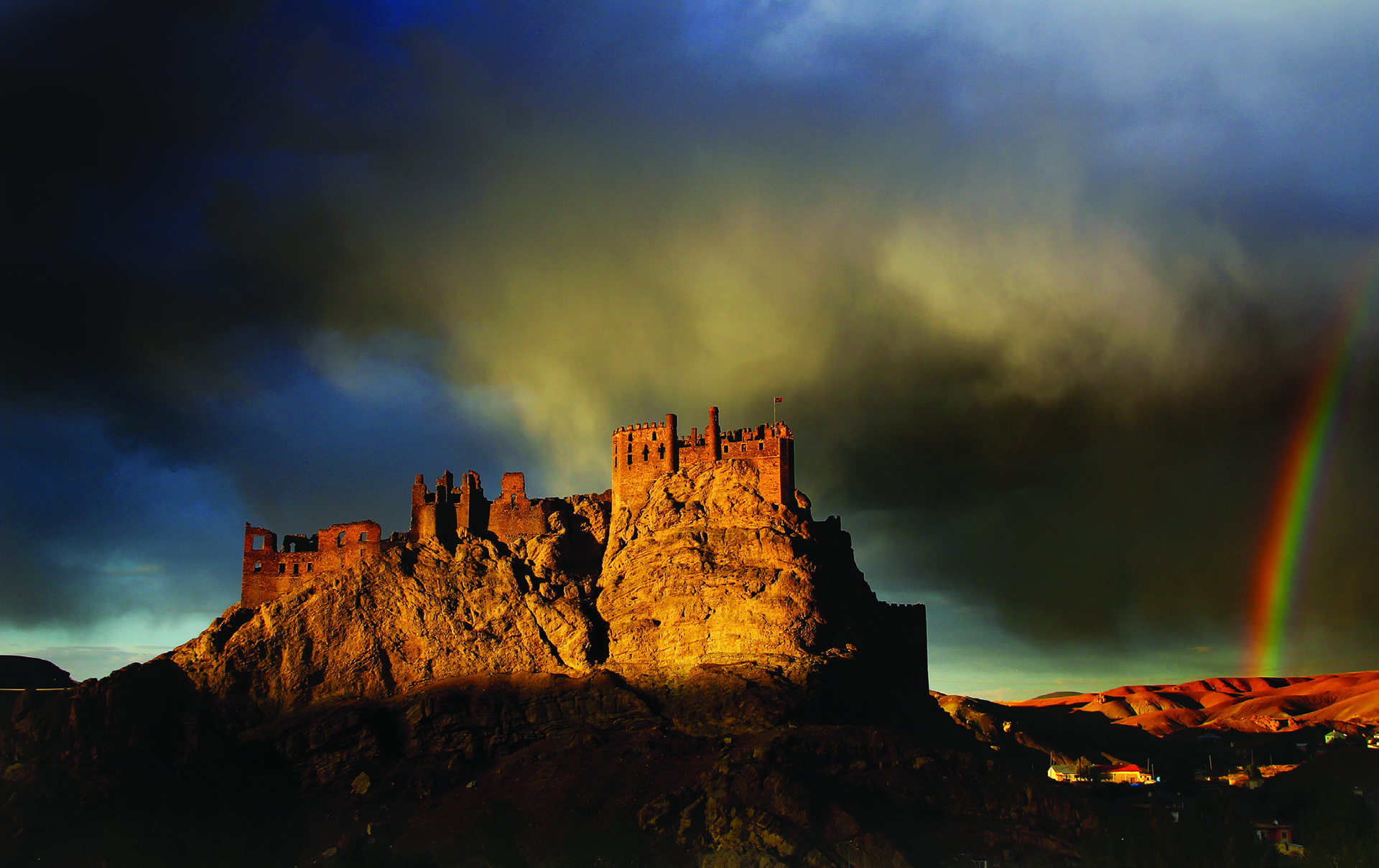 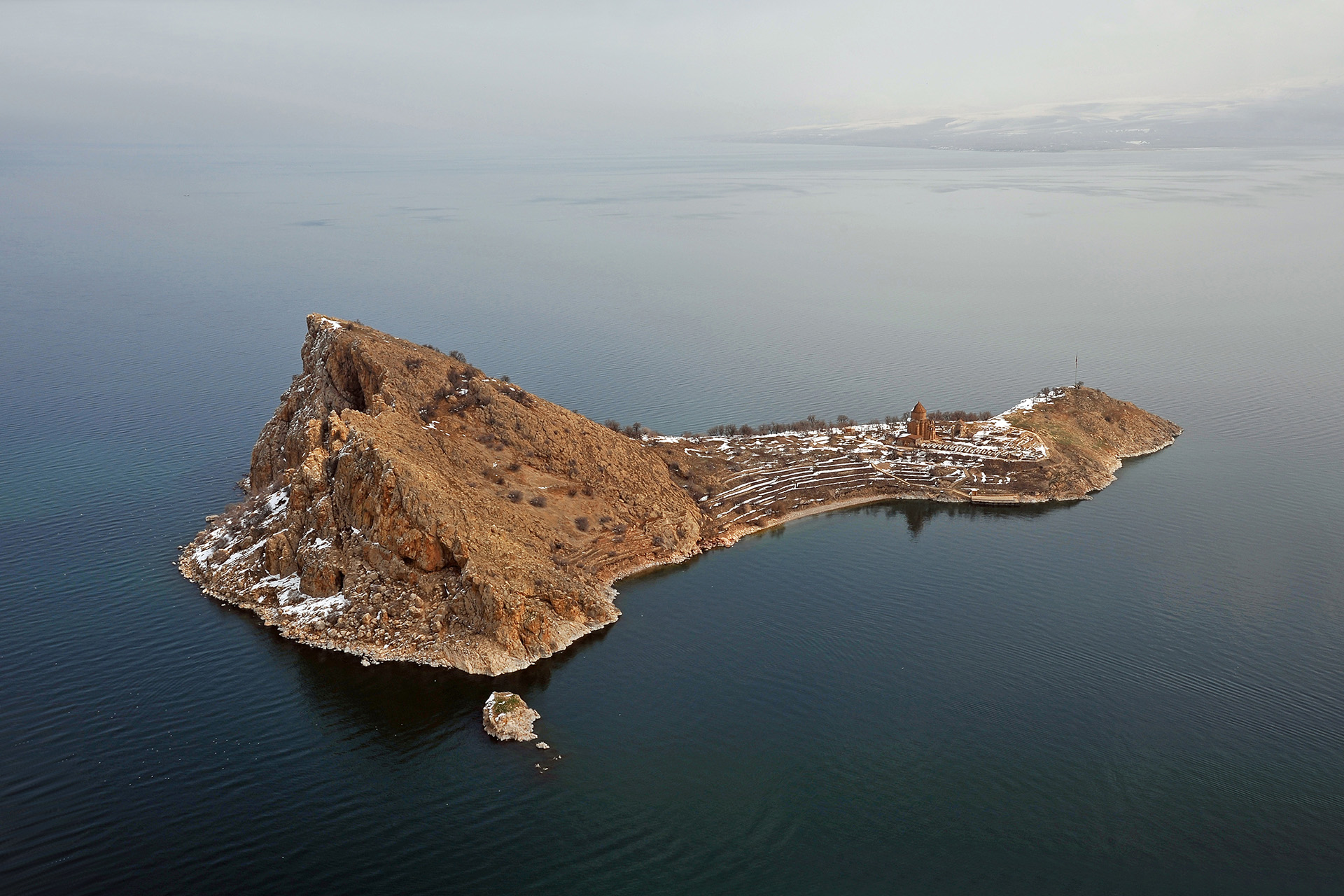 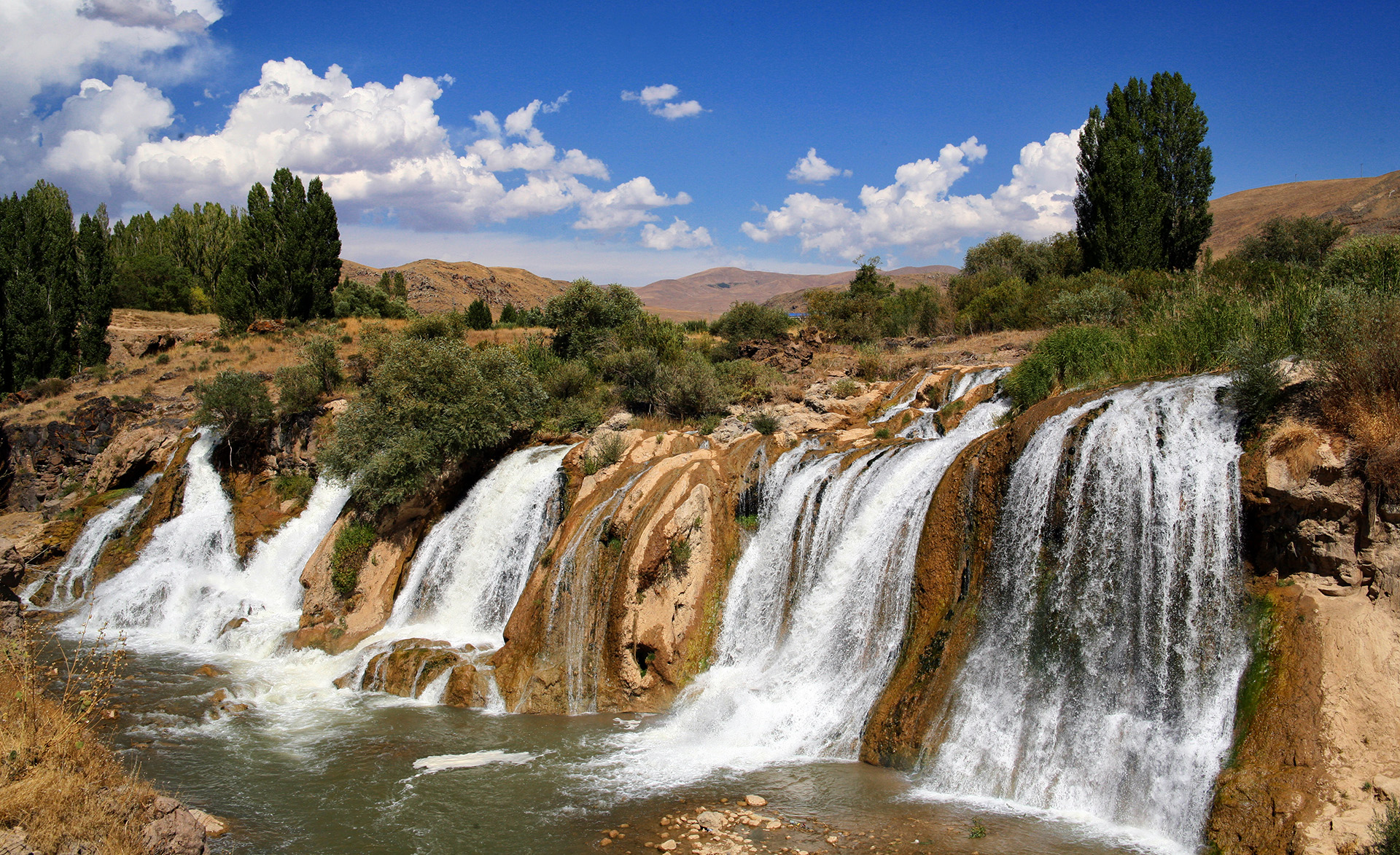