ERZURUM: SNOW ALL YEAR ROUND 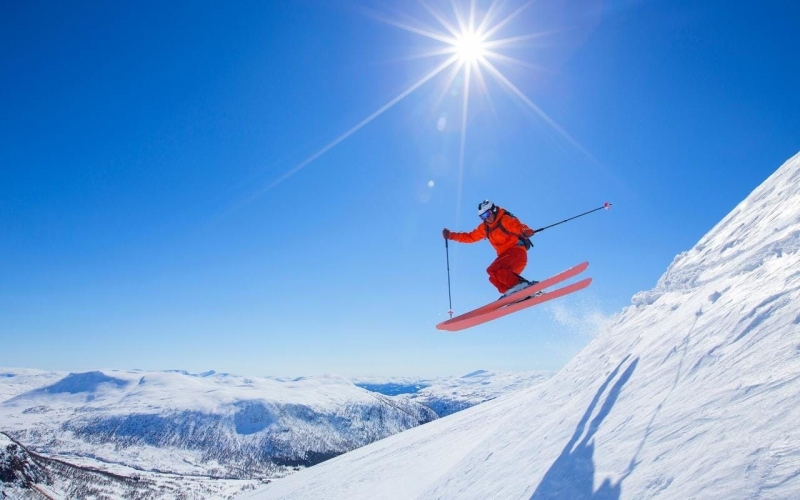 Erzurum, containing a highly qualified ski resort, is like a haven for winter sport lovers who would like to ski for eight months on steep slopes carpeted by fine snow.

Erzurum, the largest city in eastern Anatolia, is sprawled over a high plateau at an altitude of 1950m. A road running through splendid mountain scenery leads to the winter sports resort of Palandöken, just 6km from Erzurum. It has a number of hotels as well as the longest ski run and the best snow quality in Türkiye, thus making it a favourite haunt for expert skiers. It is one of the closest ski resorts to an airport; just five minute drive after your plane lands you can be out on the snow of Palandöken´s slopes, where the quality of snow is considered to be on a par with that of the Swiss Alps. Palandöken offers many opportunities to lovers of winter sports and is coated in fine snow that first falls in November and settles till June. Fog, a great danger for skiers, does not descend there. The weather is clear, the slopes are the longest in Türkiye and skiing fanatics can marvel at the stunning landscape. It is also an ideal place to forget about stress and pressures of daily life.

The glassy Tortum Lake, 120km from Erzurum towards Artvin and the Black Sea, is perhaps the most tranquil sight in all Türkiye. And then drive north of Erzurum to see the Tortum Waterfalls that will definitely put you in a more cheerful mood.

Although the collection in the Archaeological Museum reveals much of the city’s history and ancient origins, it is Erzurum´s architecture which portrays the city’s past the best The city walls and fortress remind that the wind of Byzantine rule once blew over these territories with the fifth-century citadel built by Emperor Theodosius standing on a hill at an altitude of 2000m. Of particular importance are the Seljuk buildings remaining – brilliant examples of a fascinating aestheticism. The Ulu Mosque was built by Melik Nasreddin Mehmet (Mehmet the Red Lion) in 1179; it has an unusual form with seven wide naves. The Çifte Minareli Madrasah, or theological college, built by the Seljuk Sultan Alaeddin Keykubat in 1253 astonishes visitors with elaborate stone carvings on its portal and its majestic double minarets. Behind the Çifte Minareli Madrasah stands the Üç Kümbetler, a group of three tombs, the most notable of which is that of Emir Saltuk. The 13th century Hatuniye Türbesi, a mausoleum, was built for Sultan Alaeddin Keykubat’s daughter. The beautiful portal and richly-tiled minaret of the 13th-century Yakutiye Madrasah unravel another facet of Seljuk architecture. You can see Ottoman buildings in Erzurum as well; Sinan the Great Architect left his mark on the city with Lala Mustafa Paşa Mosque. Nearby stands the Atatürk House Museum where Atatürk stayed and held a national congress.

While wandering around the city, drop by Taşhan (Rüstem Pasha Caravanserai) to see the best collection of jewels made of the local black stone called Erzurum Oltu Taşı. 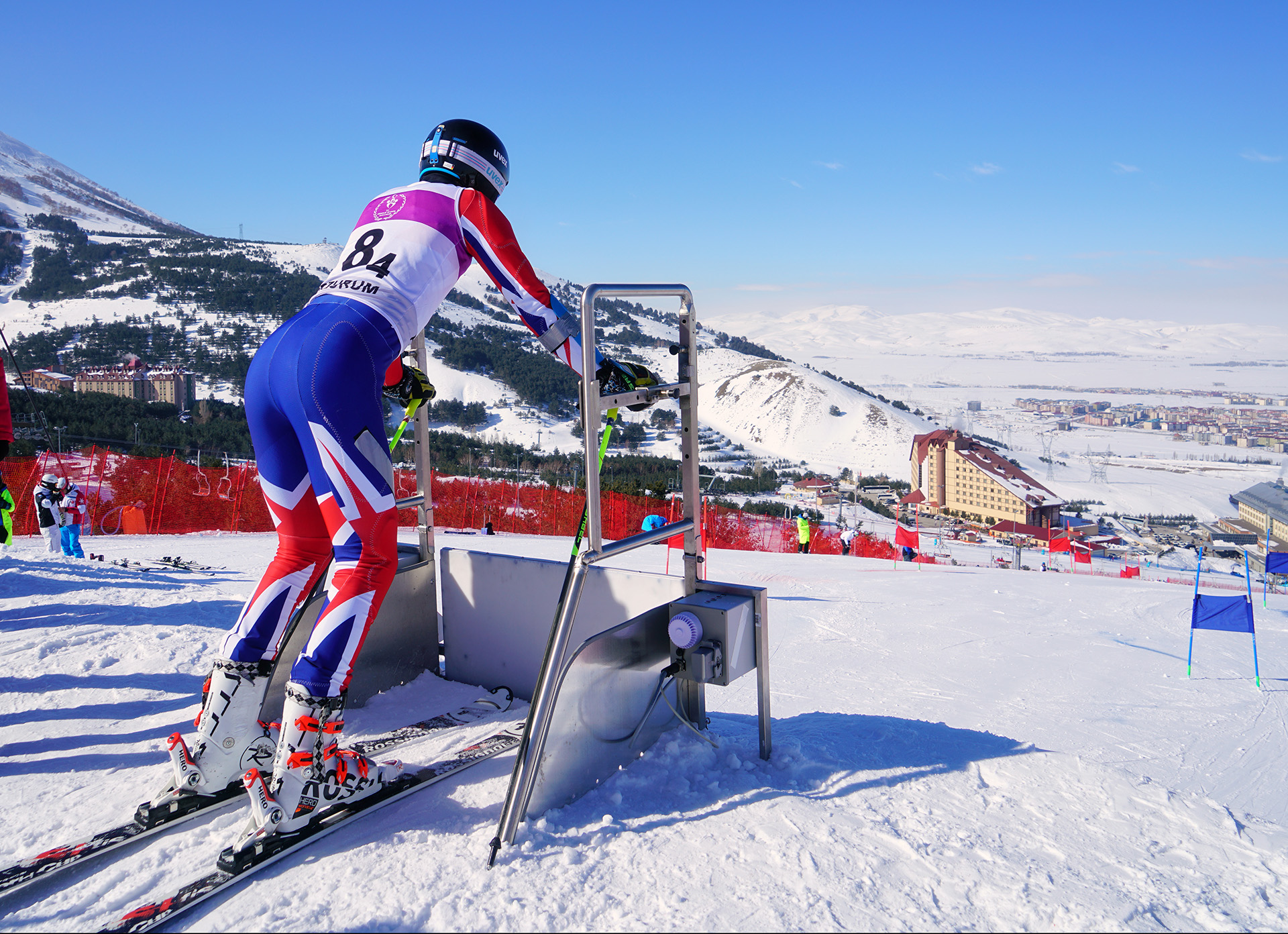 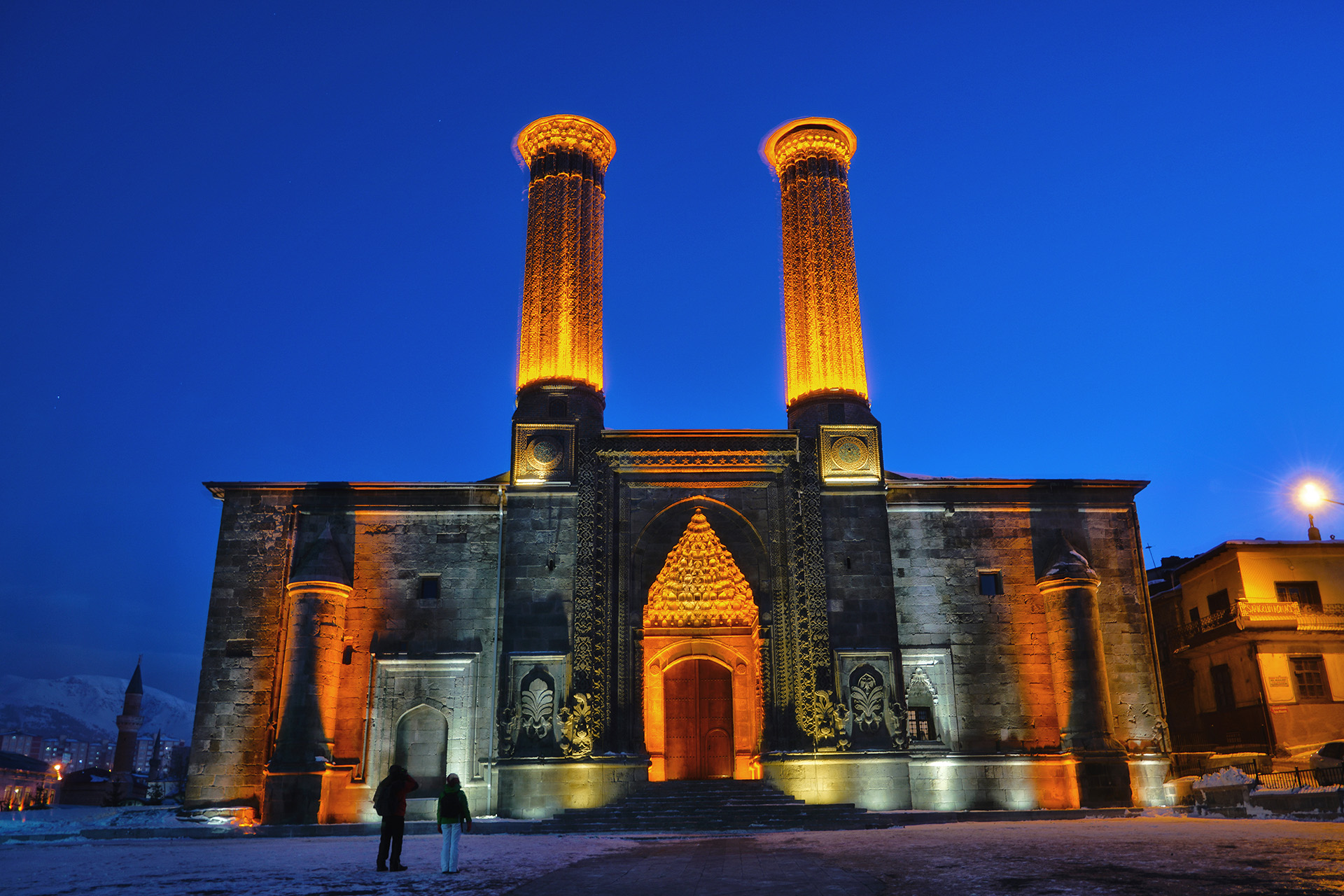 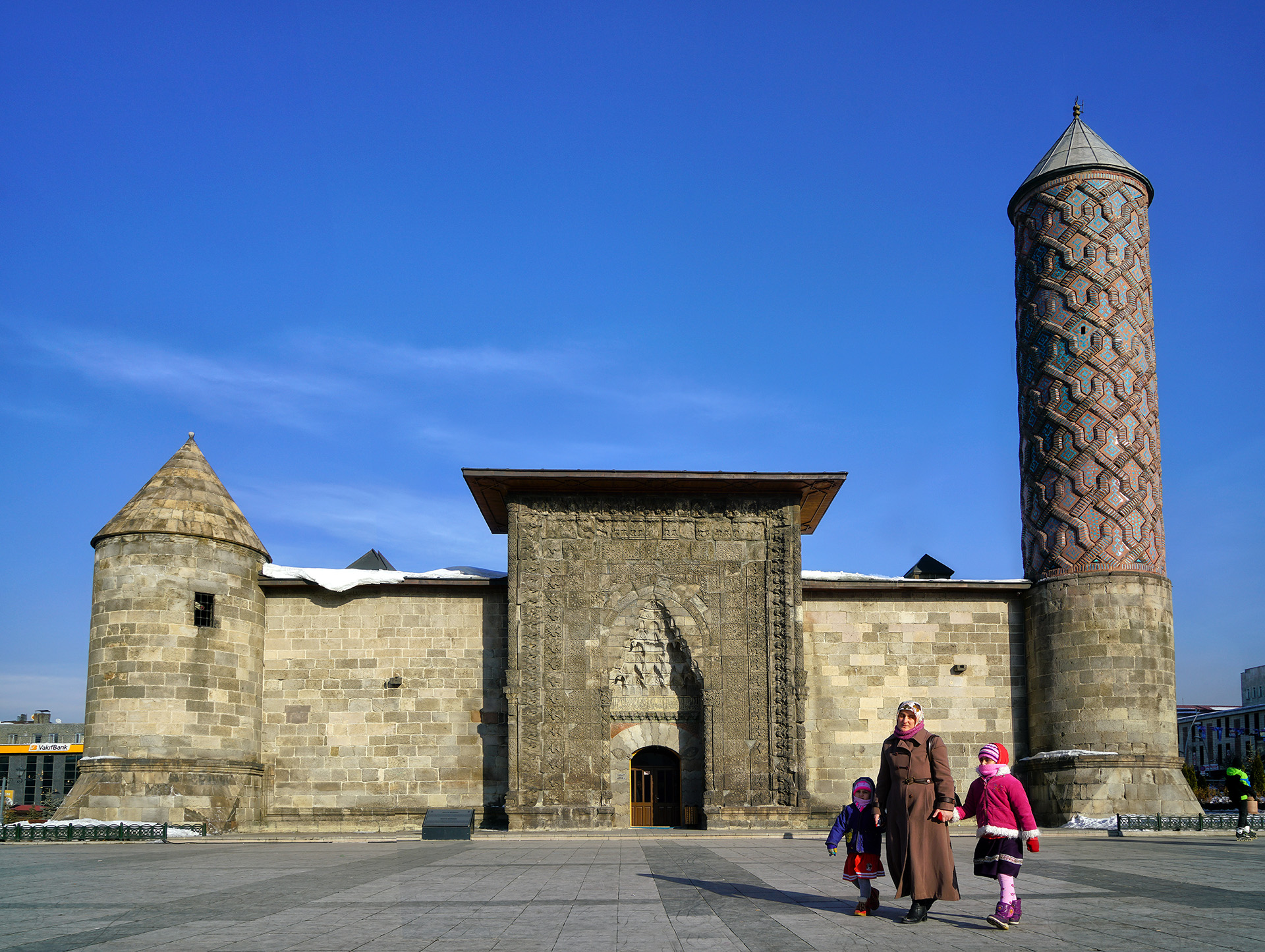 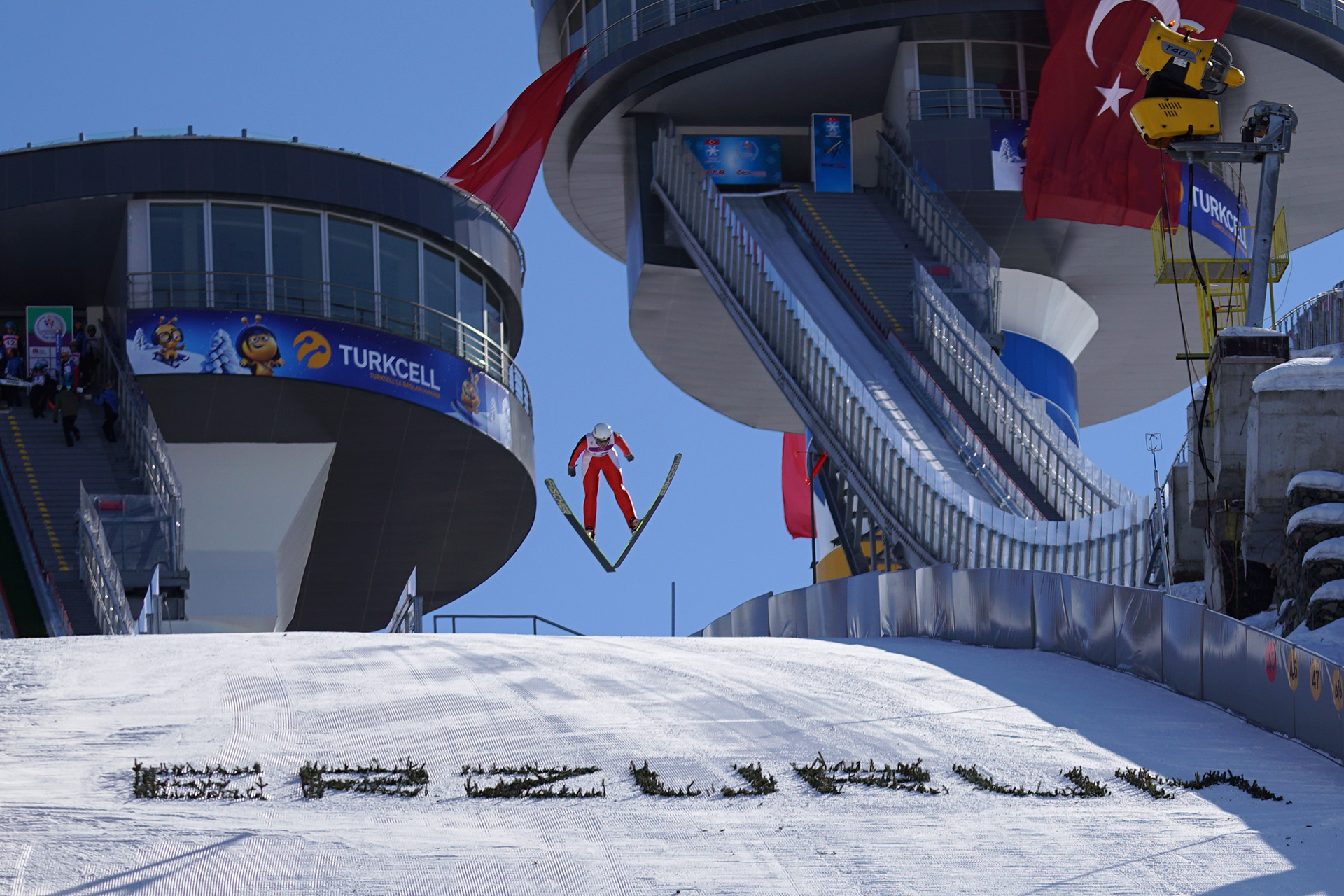 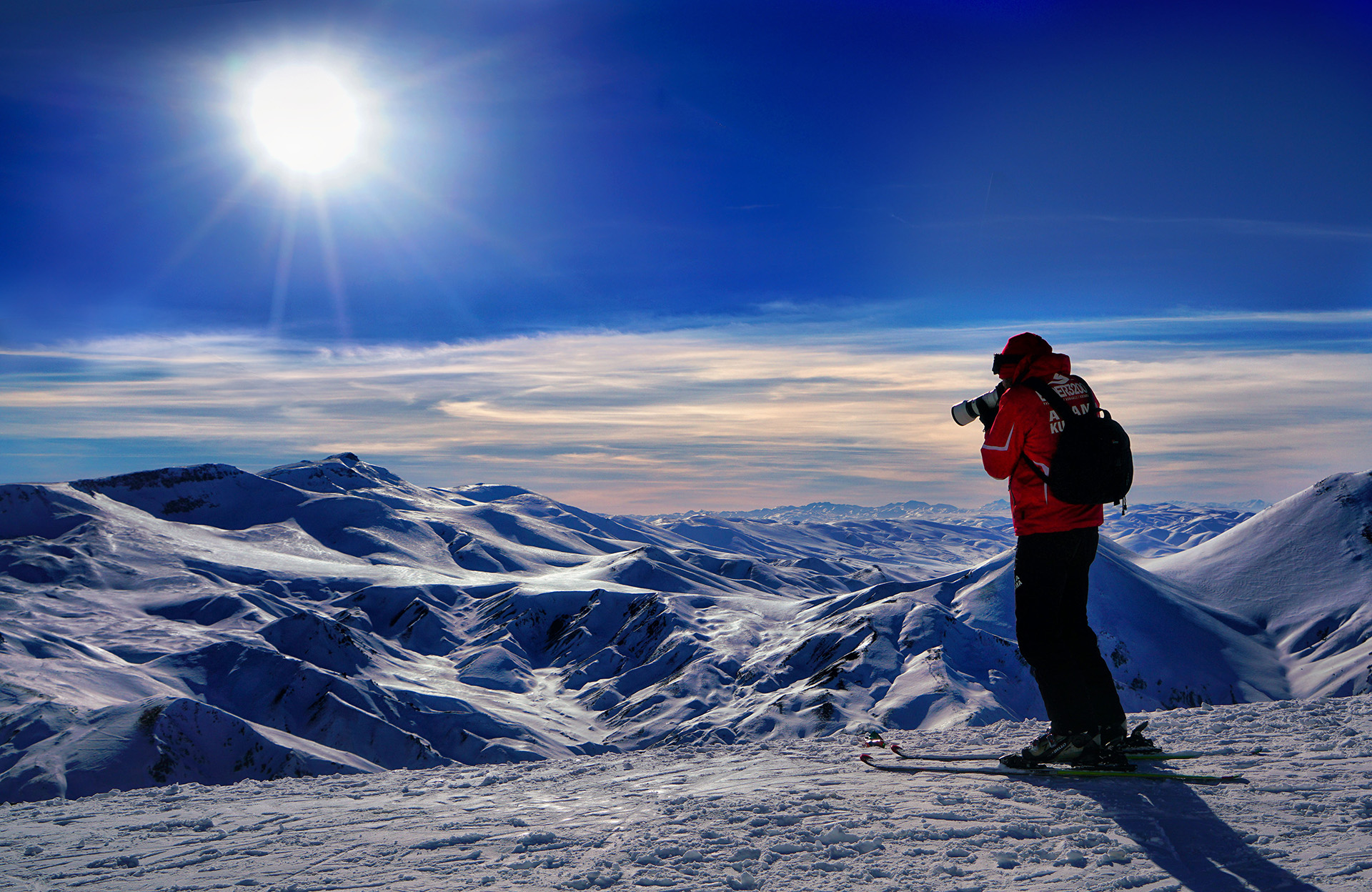 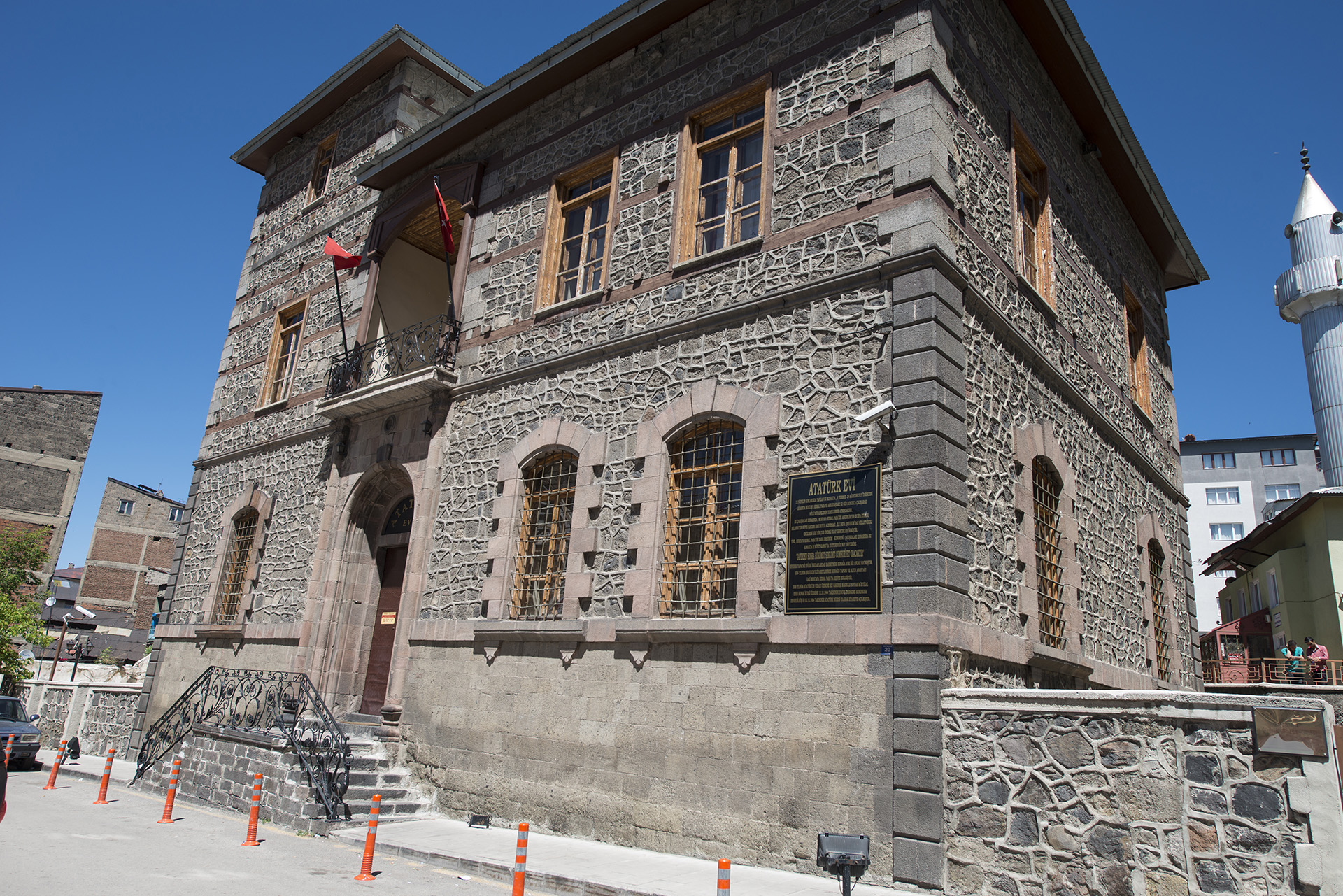 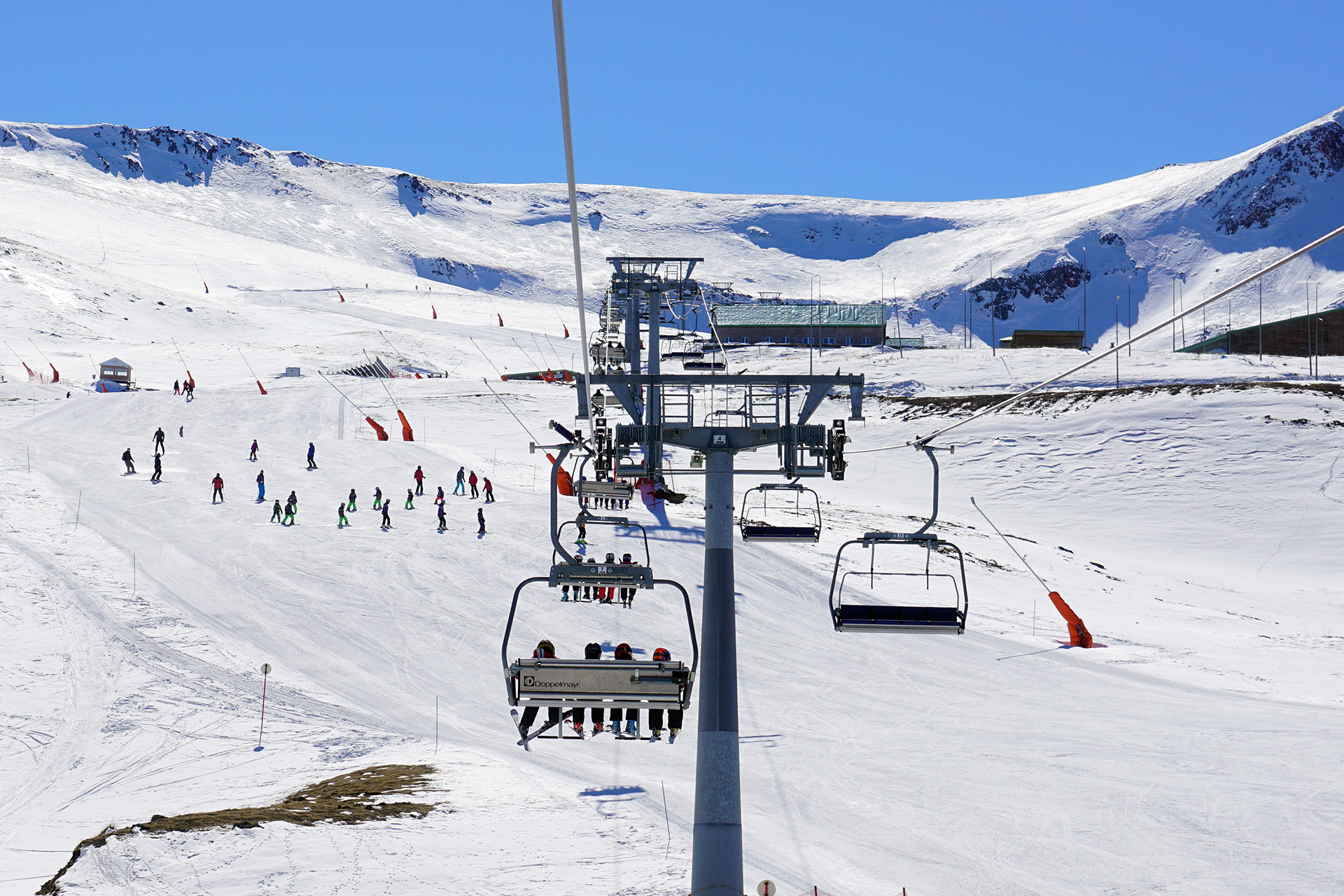 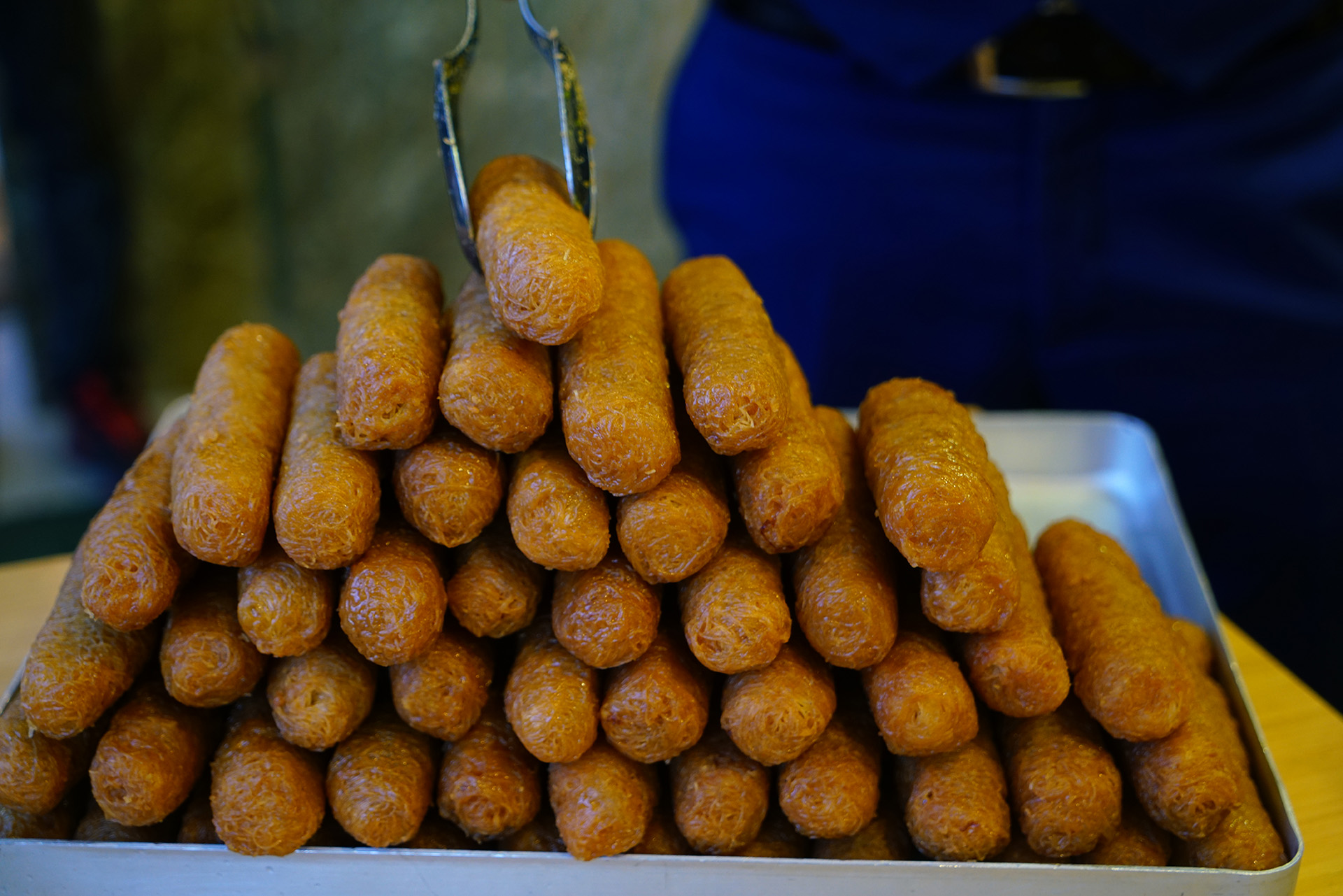 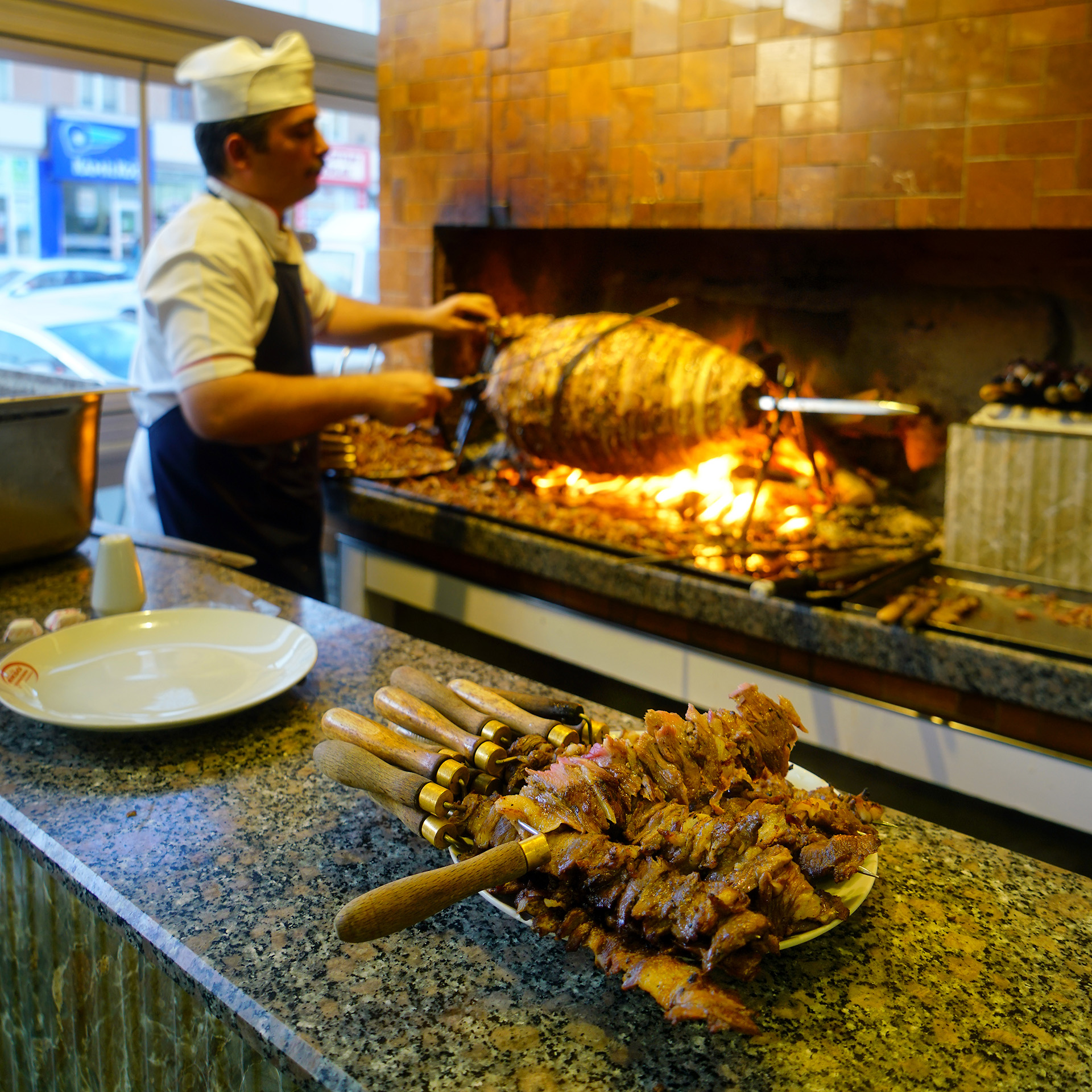 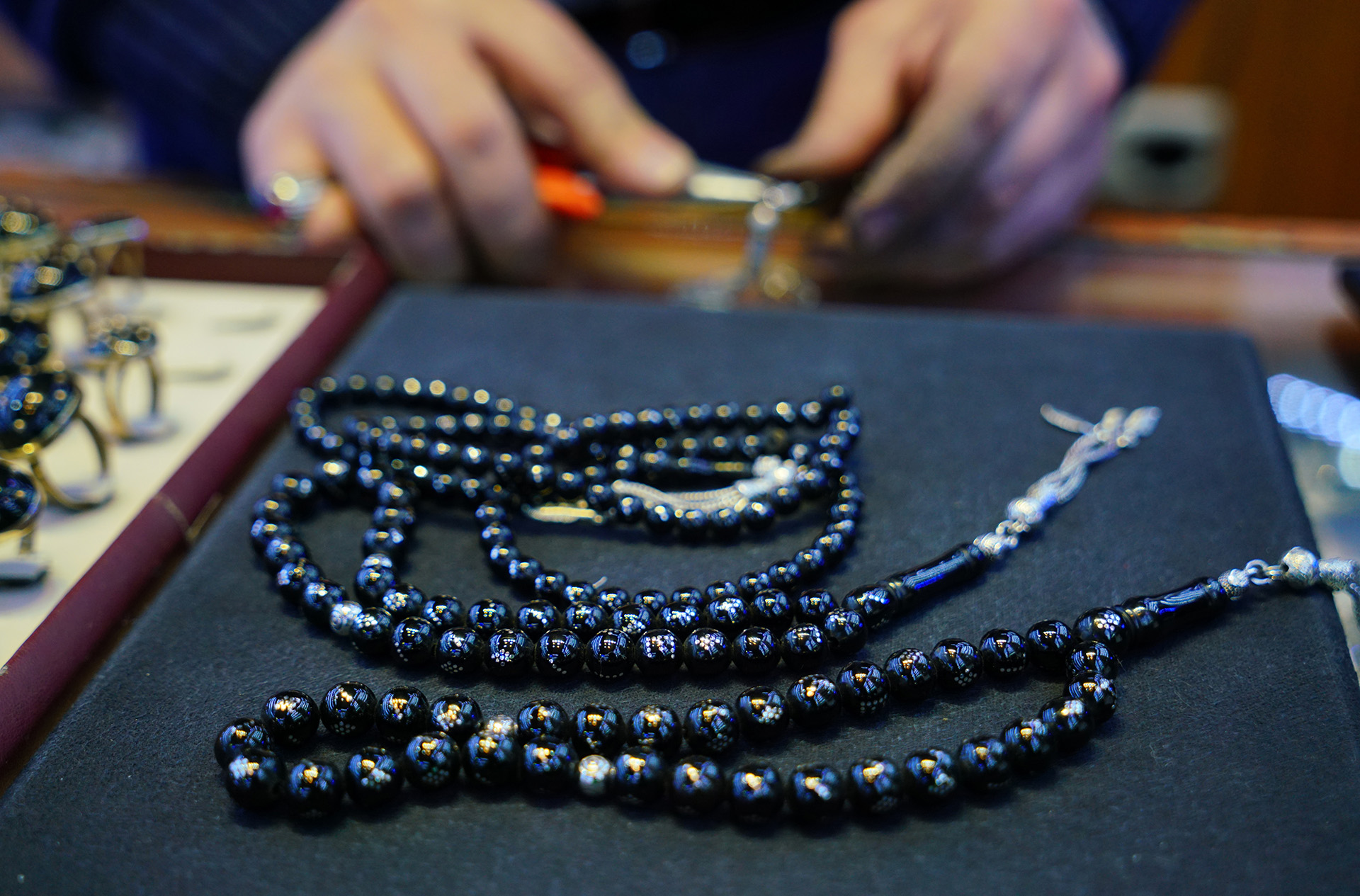 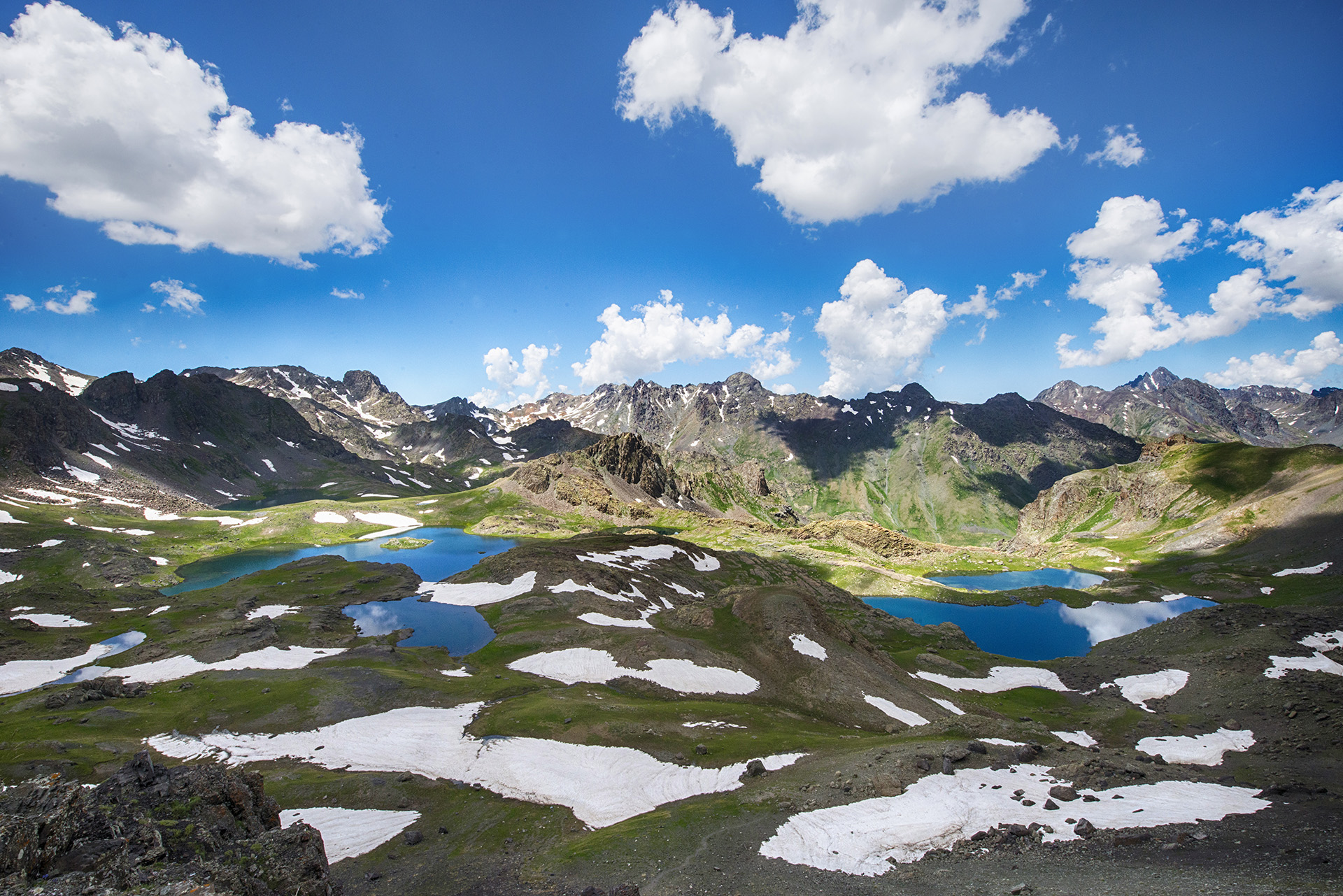 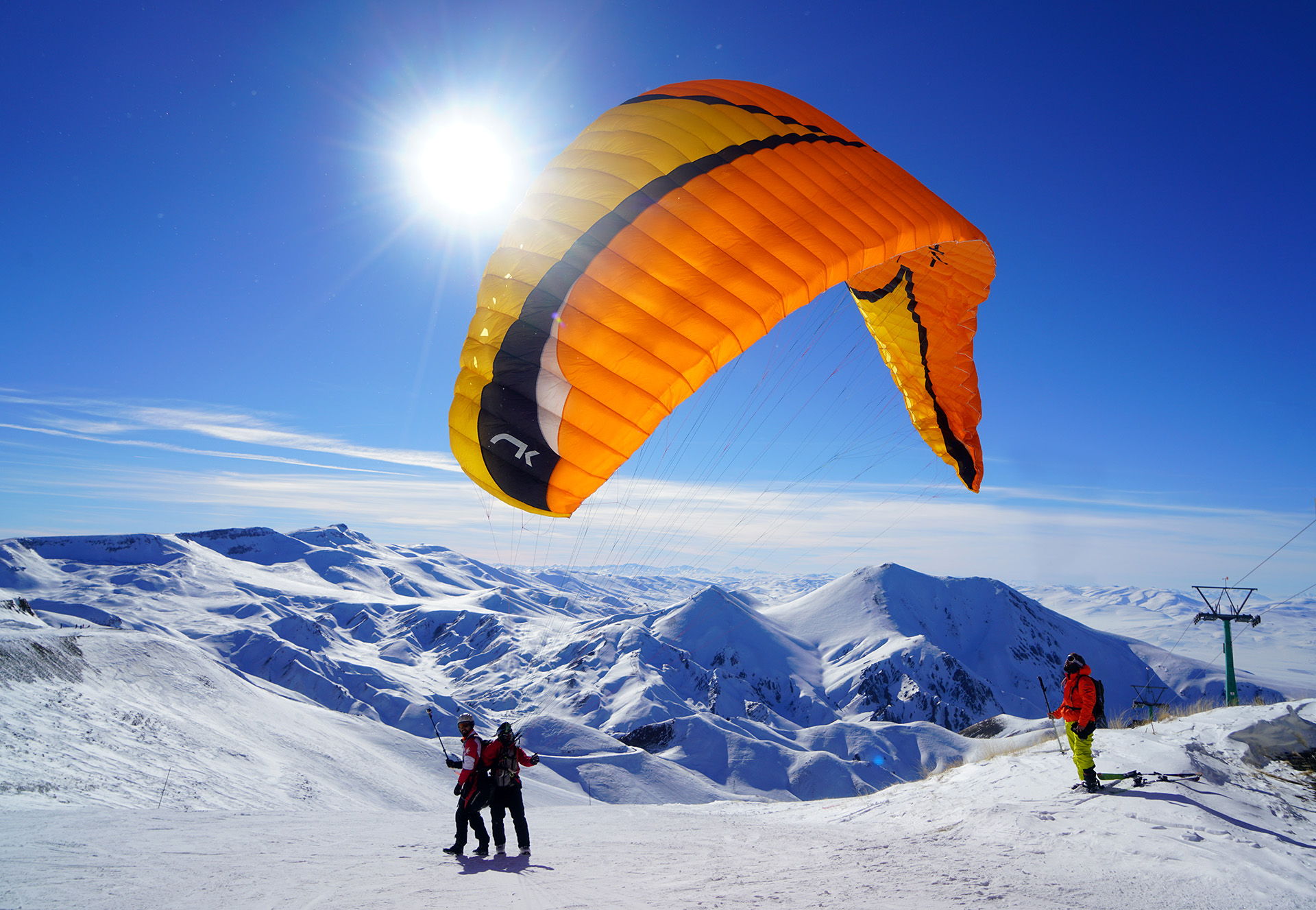 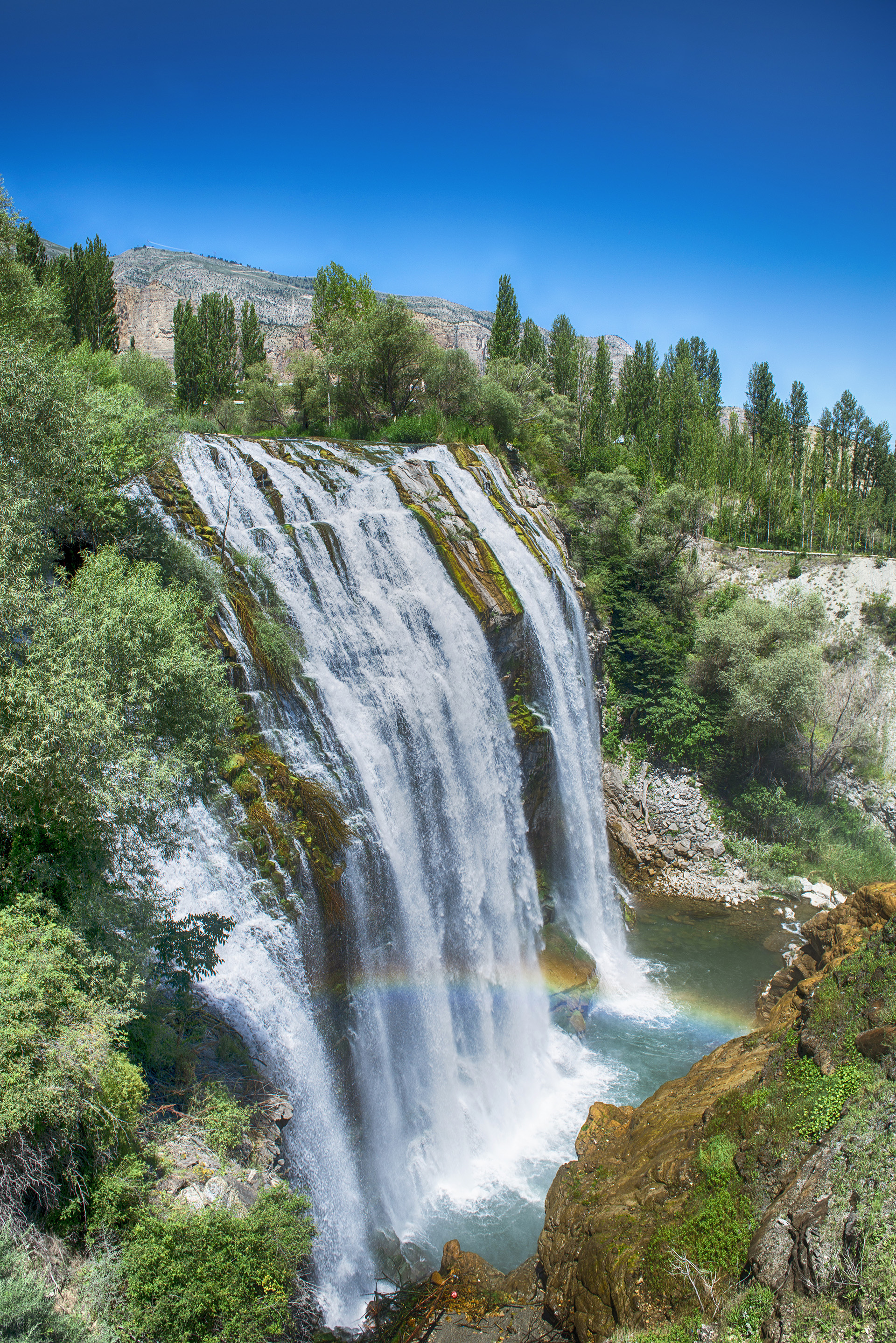 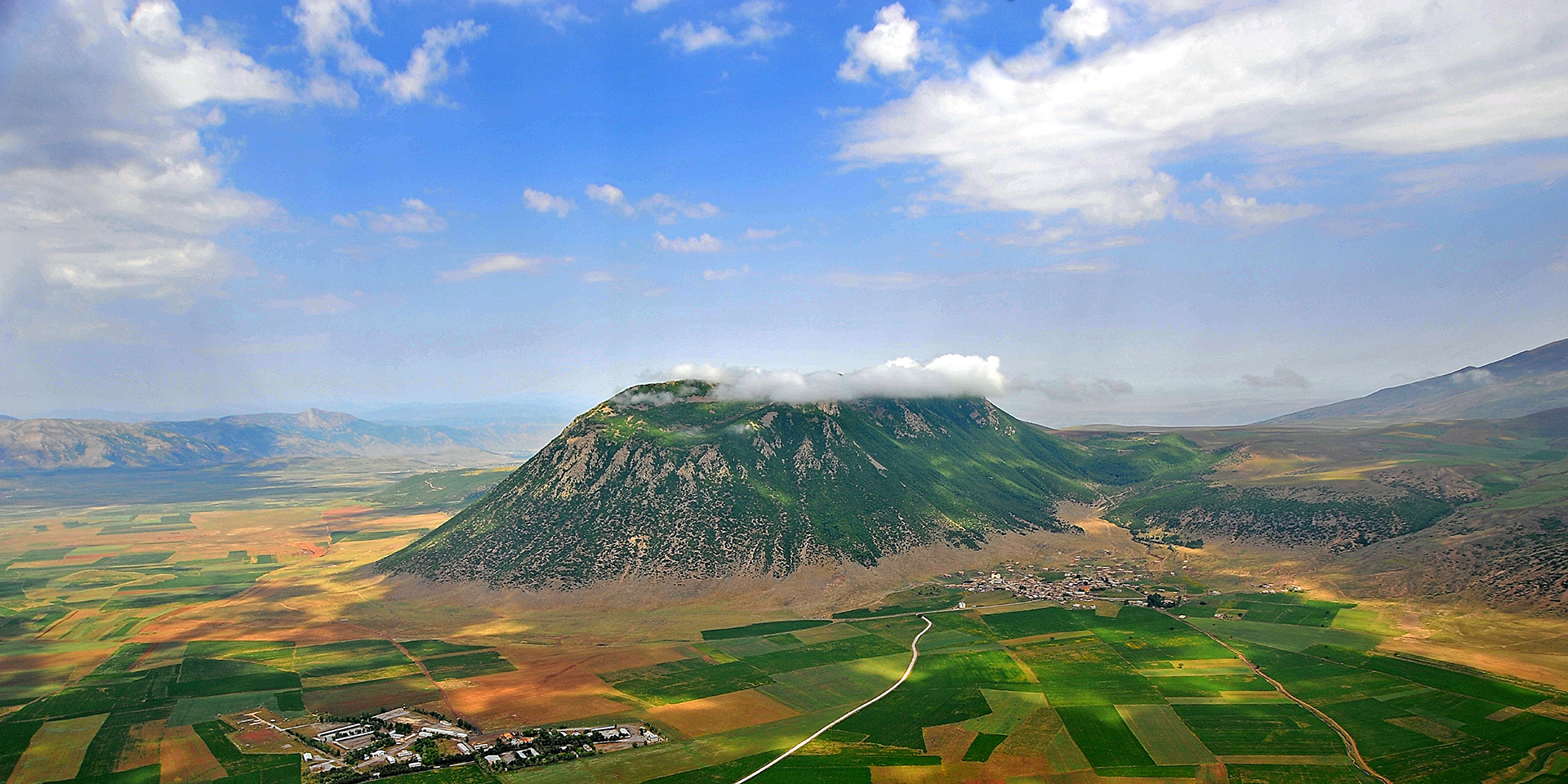