HATAY: THE CITY OF TOLERANCE 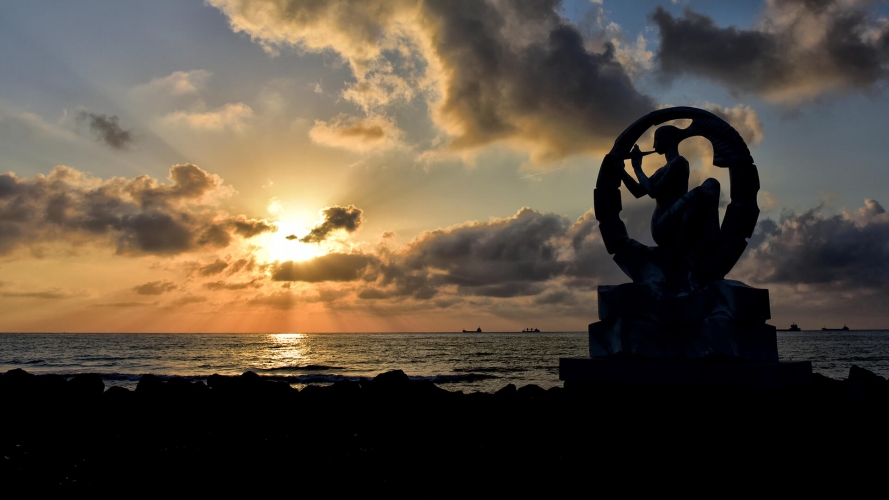 Mosaics adding an aura of great value to a centre where all faiths meet together with a culinary art worth exploring.

Hatay is an inexhaustible treasure house of history and a centre of civilization. The evidence of the earliest settlement extends back as far as the Epipaleolithic Period (40.000- 9.000 BC) and can be seen in the caves found in Samandağ-Çevlik, Antakya-Şenköy and Yayladağ-Üçağızlı. From 9000 BC onwards, Hatay was controlled successively by the Akkadians, the Hurrians, the Hittites, the Assyrians, the Persians, the Macedonians, the Romans, the Arabs, the Byzantines, the Seljuks, the Crusaders, the Mamluks, and the Ottomans.

Antakya, the biblical city of Antioch, lies on the banks of Asi River (Orontes) on a fertile plain surrounded by grand mountains. Once the capital of the Seleucid kings, it was renowned for its wealth and luxury. In the 7th century, Antioch was one of five patriarchal centres of the Christian church, the others being Rome, Alexandria, Jerusalem, and İstanbul (Constantinople). In Roman times, the city continued to thrive with commerce and culture. It featured prominently in early Christianity where the name "Christian" was first coined. A cave known today as the Grotto of St. Peter or Church of Saint Peter is believed to be where the Apostle Peter preached when he visited Antioch and is considered to be one of the earliest Christian houses of worship. This grotto-church, located on the Antakya- Reyhanlı road, is as sacred for the Christian world as the cities of Rome or Jerusalem and it is the only structure to have survived from the earliest period of Christianity when the new faith had begun to spread. In 1963, the papacy designated the site as a place of pilgrimage and also recognized it as the world’s first cathedral. Every year on June 29th, a special service is conducted at the Church of St. Peter that is attended by Christians and clergymen from all over the world.

Besides this early church, Antakya is also home to a Catholic Church and a Greek Orthodox Church as well as a Museum of Archaeology (also known as the Mosaic Museum), which has the second richest collection of ancient mosaics in the world. Also to be found in Antakya are a number of historically important examples of architecture from the Ottoman Period, such as the Mosque of Habib-ün Neccar.

Harbiye (Daphne), located 7 kilometres from Antakya, is a popular excursion and picnic area - a virtual paradise thick with greenery and blessed with abundant water. According to legend, this is the spot where Apollo caught sight of Daphne, a beautiful nymph, and fell in love with her. When he tried to approach her however, she fled and Apollo began to pursue her. Realizing that there was no escape, she prayed to the Mother Earth, begging for her protection and she was transformed into a laurel tree just as Apollo reached her. Ever after, a crown of laurel leaves was used to award excellence in poetry and military prowess. Daphne’s tears are said to be still flowing over the waterfalls of Harbiye. The Turkish word for laurel is defne, whose origin of course is the nymph’s name. The essential oils of this tree are used in making the famous laurel soap (defne sabunu), which is completely natural and is highly recommended for healthfulness.

Another ancient city in Hatay is Alexandretta (İskenderun). The foundations of this city were laid in 333 BC, after the victory of Alexander the Great, King of Macedonians, over the Persian King Darius III at Issos. It is a modern district, spreading out along the narrow shore of a gulf with the same name and resting against the foothills of the Amanos Mountains, which rise like a wall immediately behind it. This tourism centre, verdant and warm year round, is also a bustling commercial port.

Arsuz, with its inviting sea and sandy beaches, is one of the most important resort areas in the region and certainly worth a visit. Other historical sites that should not be missed are Columned Port (Sütunlu Liman) Port of Frank (Frank Limanı), Chateau Ruins (Şato Kalıntısı), Şalen Castle (Şalen Kalesi), and Sarıseki Castle (Sarıseki Kalesi), Bakras Castle (Bakras Kalesi), at one time an important stronghold vital to the control of the caravan routes to and from Arabia, contains a church inside. Among the must-sees of the area is also the Column of Jonah (Yunus Sütunu). According to some beliefs, the place where the Prophet Jonah was freed from the belly of the big fish was marked by the Jonah Column which was also the part of the entrance gate to the ancient city of Cilicia.

The Monastery of St. Simon, set on the highest peak of Samandağ is a 5th century refuge for Stylites- a kind of anchorites living on top of pillars. Its founder St. Simon closed himself in a cell outside the city for three years after completing his religious studies in a monastery. Later, he climbed a mountain near the city and spent long years on top of a natural stone carved pillar. According to popular belief, the pillar grew taller with each sitting and reached a maximum height of 13 metres. As word of Simon’s patience, faith, and endurance spread through the Christian world, people suffering from illness or physical defect flocked here in the belief that he had the power to cure them. Located on the slopes of Mountain Musa in Samandağ District of Hatay, Vakıflı Village is mostly populated by Armenians and maintains good neighbourhood relations with the villages in its environs. The cultural diversity here adds more and more to the colourfulness of this region. The culinary speciality of Hatay is sumptuous prawns. Gourmets must try künefe, a hot dessert of sweetened shredded wheat filled with melted cheese, and humus, an appetizer of pureed chickpeas, garlic and paprika. You can buy good souvenirs like hand carved wooden tables and chairs and other objects of wood.