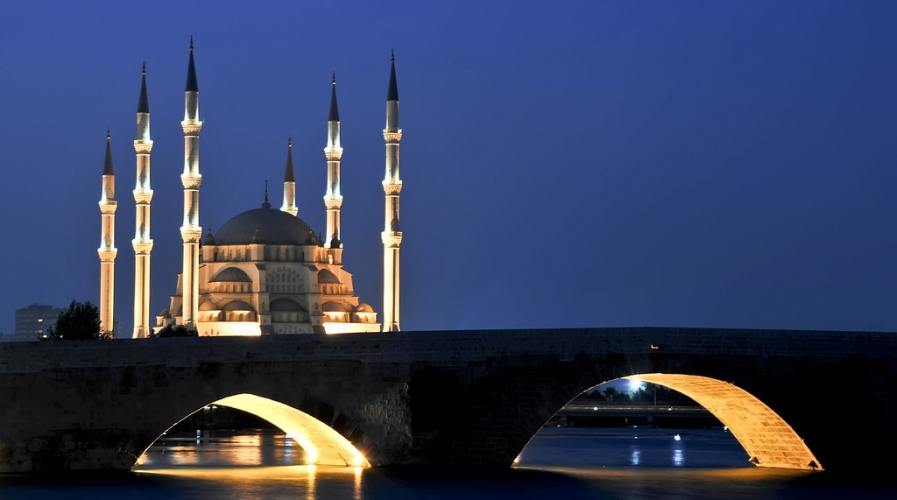 While history buffs can enjoy exploring the ruins of ancient cities, nature-lovers find repose breathing the cool, clean air in the Taurus Mountains.

Set in the heart of the Çukurova (Cilician) Plain, Türkiye’s fourth largest city Adana has a history that goes back as far as the 7th millennium BC. The numerous civilizations that occupied and dominated the land left layers of archaeological treasures, clues for the region’s complex past. While history buffs can enjoy exploring the ruins of ancient cities, nature-lovers find repose breathing the cool, clean air on the slopes and plateaus of the Taurus Mountains.

Mysteries of the ancient civilizations

Adana is one of those rare cities that have remained important throughout history. Occupying a key strategic location on both the trading routes and military roads, Adana has been settled ceaselessly while the civilizations ruling the city have changed sporadically. Eighteen civilizations have ruled the city with each leaving their imprint, whether a building, monument or inscription, as if trying to make their dominion eternal over the region.

Each civilization that coveted and won the region can today be traced in the ruins they left behind. The mysteries of the civilizations that have played a role in the history of Adana are sometimes concealed in ancient cities and sometimes in earthen mounds that crop up on the plains around the cities. There are more than ten significant ancient settlements in the province that amply demonstrate the historical and cultural wealth to which modern Adana is heir.

The ancient city of Misis is located on the banks of the Ceyhan River on the highway between Adana and Ceyhan. The history of this ancient settlement, called Yakapınar today, goes back three millennia to the Hittite Period when the city was built on the primary military and trading roads. The nine-arch Misis Bridge across the Ceyhan River was built in the 4th century AD during the Roman Era and the Misis Mosaics Museum houses mosaics found in local excavations. Near the coastal town of Yumurtalık are the ruins of the ancient city of Ayas. The city includes ruins of Asclepeion. Other structures worth visiting in town are the Liman (Harbour) Castle, the Tower of Süleyman and Marco Polo’s pier Magarsus that was established on the land stretching from the sea cliffs to the present day village of Küçük Karataş. It was the religious centre of the ancient city of Mallos, which was one of the prime cities of ancient Cilicia, renowned for its temples, in particular, for the Temple of Athena where Alexander the Great once prayed. The ancient city of Anazarbus (Anavarza), included in the UNESCO World Heritage Tentative List, became the capital of Cilicia in 408. It is an open-air museum, showcasing a superb triumphal arch, fortress, columns and two mosaic-paved pools. Şar was an important centre for the Hittites, with the most striking structure being the Ala Gate- part of a temple erected in the 2nd century AD during the Roman Era. Revealing the secret history of Adana, the excavations in present day neighbourhood of Tepebağ are in progress. Findings from the Tepebağ mound include ancient artefacts and fine examples of late Ottoman civilian architecture.

Inherited from past generations

Visitors can also see the historical structures at the city centre that shed further light on history. The 310m-long Taşköprü (Stone Bridge) built by Hadrian and repaired by Justinian spans the Seyhan River which bisects the town; only 14 of the bridge´s original 21 arches still stand. The oldest mosque in Adana is the Akça or Ağca Masjid completed in 1489. Also of interest is Ulu Mosque built in 1509, one of Adana’s oldest mosques. Famous for its glazed tiles, the mosque is situated next to the Akça Masjid. To the east, there is a madrasah originally built in 1540. Mestanzade Mosque, which was completed in 1682, is believed to be one of the earliest examples of the Western influence in Ottoman architecture. Near the Mestanzade Mosque stands the Yeni Mosque, built in 1724 in a style that clearly indicates the influence of Mamluk architecture and decorative arts. The Hasan Ağa Mosque was completed in 1558 and is the only example of classical Ottoman architecture in the city centre. As the largest mosque in Türkiye, Sabancı Mosque´s classical appearance belies its recent construction; it is an indispensable image of Adana that is featured on innumerable postcards. The Hoşkadem Mosque located in the Fortress of Kozan was commissioned by the Sultan of Egypt Emir Abdullah Hoşkadem in 1448 and built in Mamluk style. The trading importance of Adana is the reason why many caravanserais and inns were built to accommodate goods and traders on their journeys. The 18th century Kurtkulağı Caravanserai in the village of Kurtkulağı and the Tuz Inn are still in a reasonably preserved state. The Tuz Inn was actually part of the oldest Turkish mansion, the Ramazanoğlu Mansion, which was built in 1495. It is where the Ottoman sultans stayed when their military campaigns passed through Adana.

The Catholic Church of St Paul was built in the 1880s in the Tepebağ neighbourhood. The two-and-a half metre bronze statue of the Virgin Mary that tops the church’s gable wall gives it the popular name of Bebekli Church (literally the church with a doll). The Yağ Mosque, which stands next to a madrasah, was once a church. With the addition of a minaret in 1501 during the Ramazanoğulları Principality, it began to serve as a mosque. Any tour of the city must also include the charming Ethnography Museum, the Atatürk Culture Museum and the Archaeological Museum which displays locally excavated Hittite and Roman remains.

In the north of the city, at the Seyhan Dam and Lake, are shady walks, quaint tea gardens and restaurants set in cool spots where you can escape the heat. At sunset, look back toward the city to the peaceful, winding ruby river lined with twinkling lights.

Adana’s coastline is short, especially when compared with that of other provinces along the Turkish Riviera. However, some of the most beautiful beaches in Türkiye lie along this coastline, where visitors can swim in crystal clear waters and feast their eyes on the riches of local culture, landscape and history. Karataş Beach, just half an hour from Adana, is next to the ruins of the ancient city of Magarsus. Explore the ruins, and after your arduous walk, dive straight into the sea for a refreshing swim – all in one exhilarating day! The exceptionally beautiful beach at Yumurtalık is within striking distance of the ruins at Ayas and the area is home to other fortresses and sites of historical interest.

The summer months in Adana are swelteringly hot and its inhabitants have found that the best way to cope it is to retire to the mountain plateaus that surround the city. Hundreds of years of summer tradition have made the plateaus a distinct part of the culture of Adana. The timber houses as well as such handicrafts as wood and copper artefacts and utensils, kilims (rugs) and woven fabrics made by the yörük (nomadic herders), who live in mountains, are the physical elements that have shaped the culture of the plateaus. Horzum, Çulluuşağı, Belemedik, Akçatekir and Armutoğlu are among the plateaus that nature-lovers can enjoy visiting.

After a day of sightseeing you can enjoy an Adana kebab, a sensational spicy kebab made of ground meat, as tasting local beverages like shalgam, a drink made from dark turnips, and shıra, a type of grape juice. The region’s classical cuisine will delight the palate of the most discriminating gourmet. 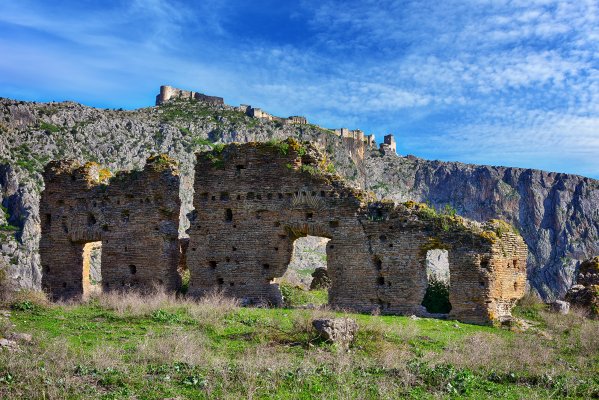 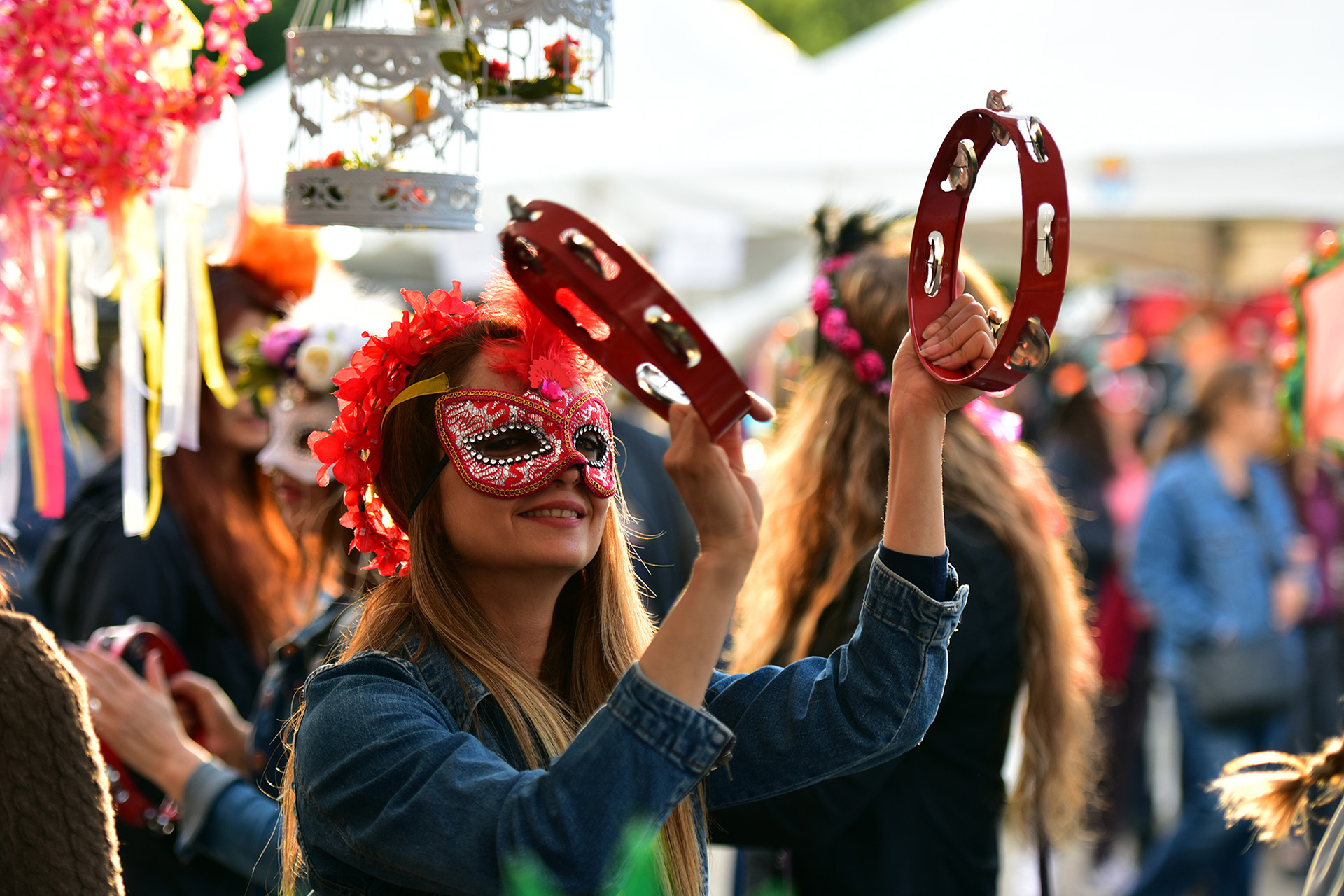 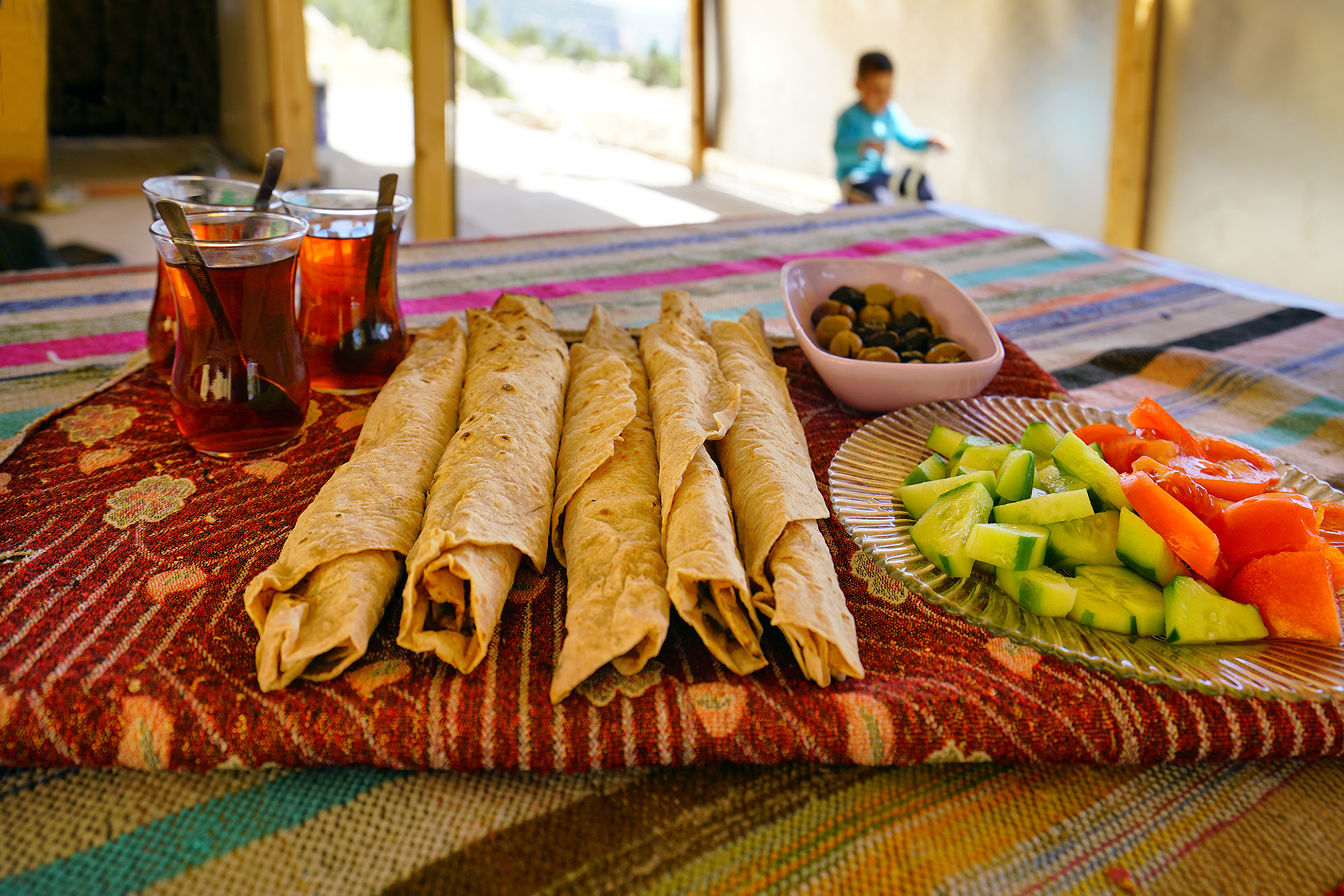 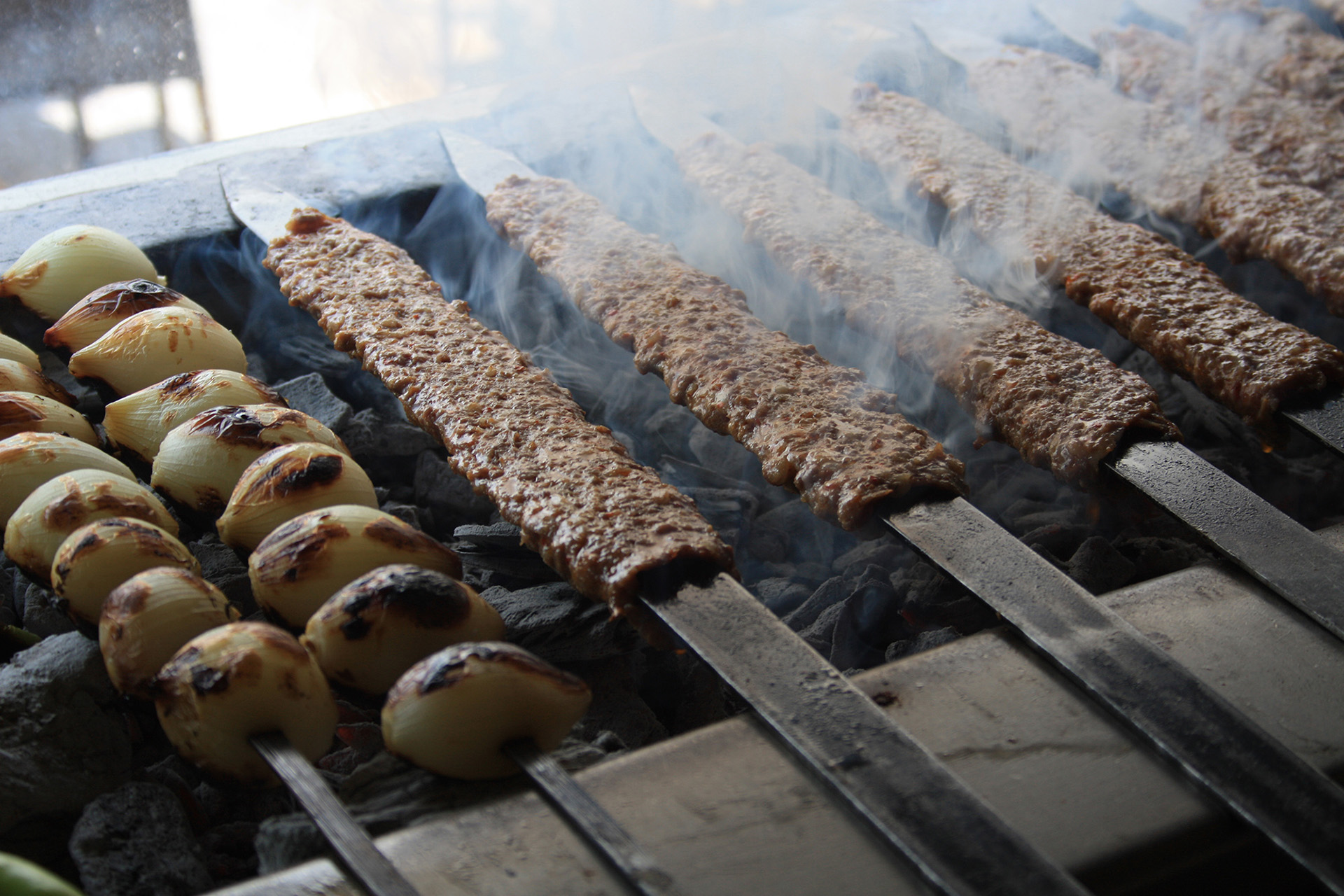 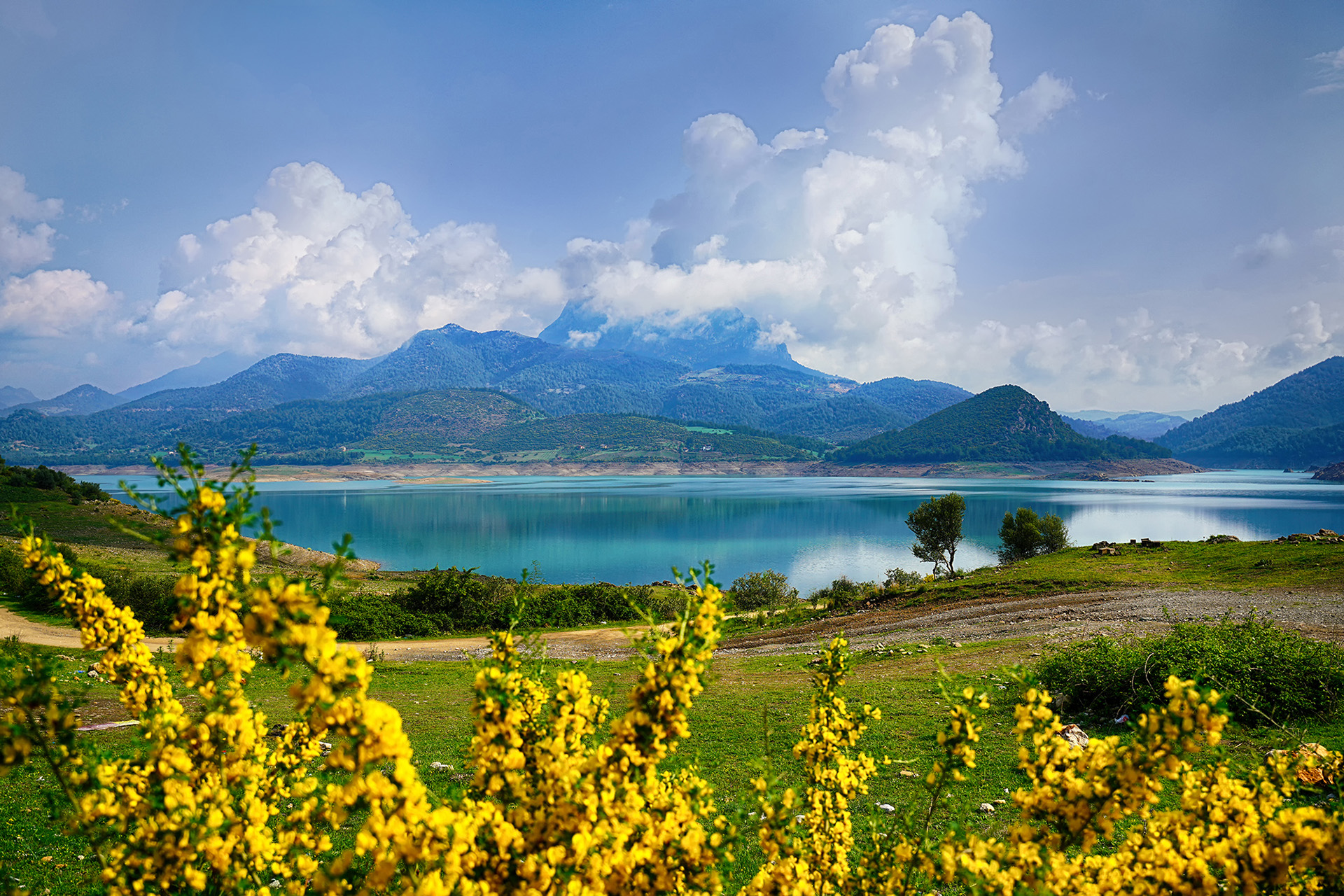 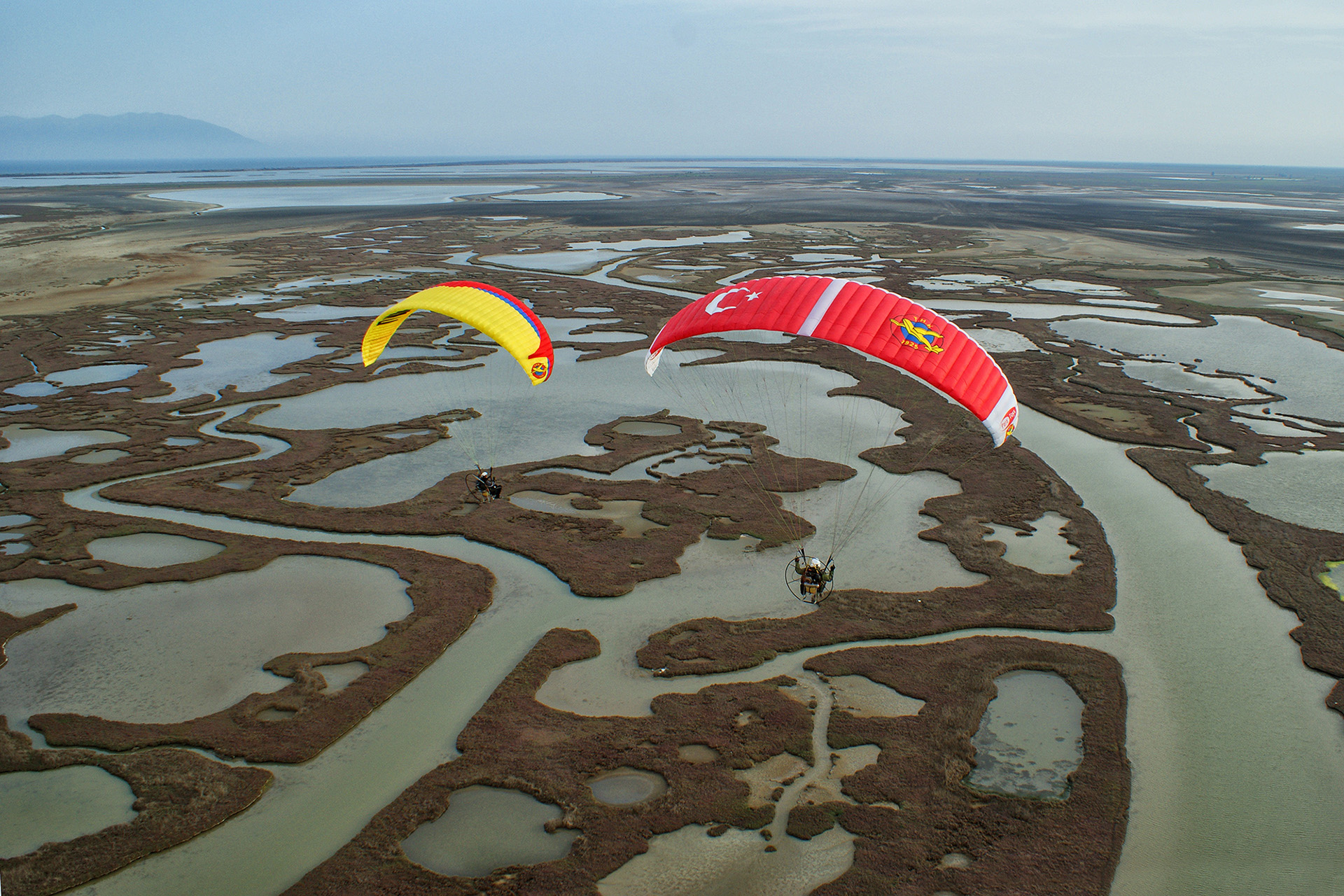 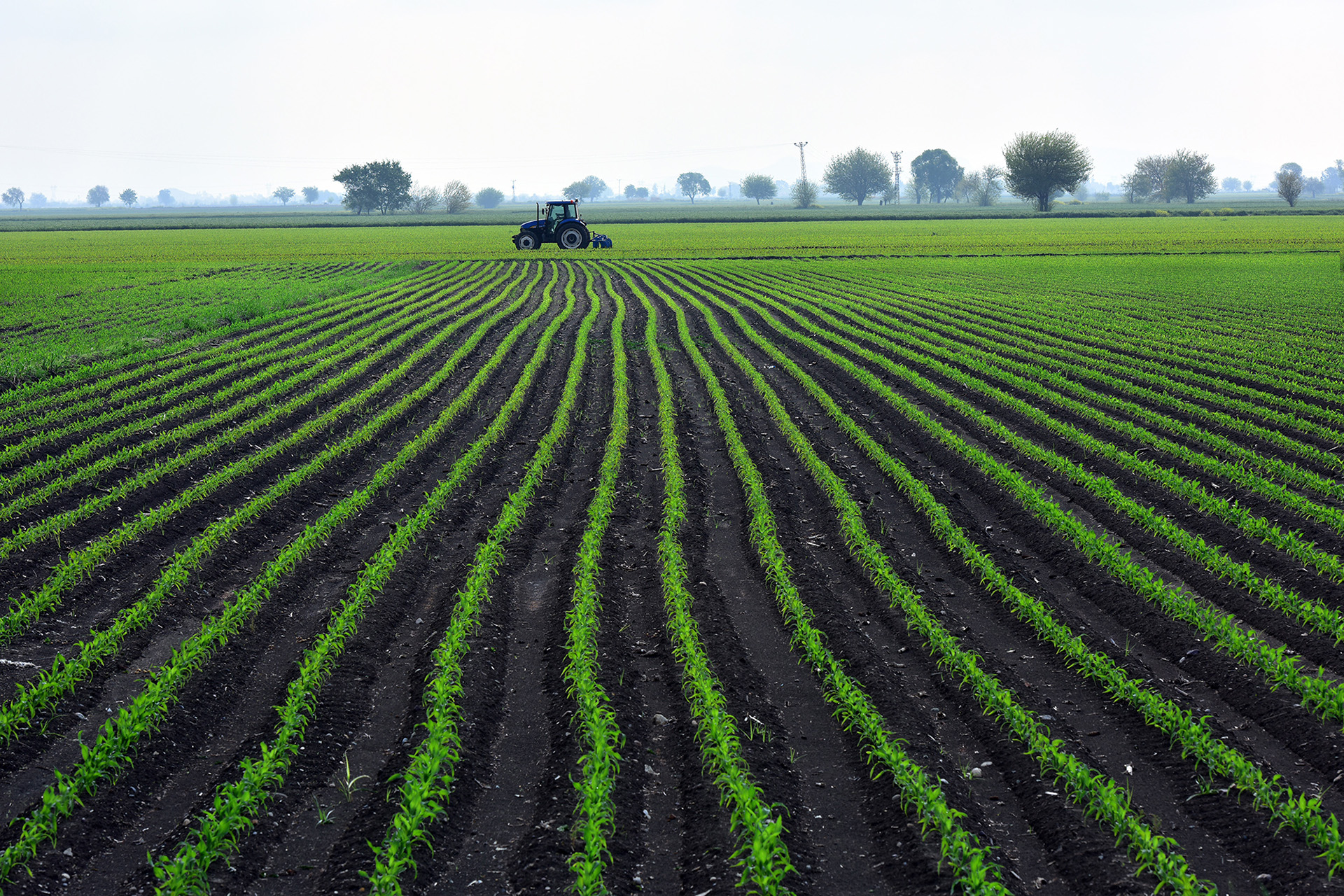 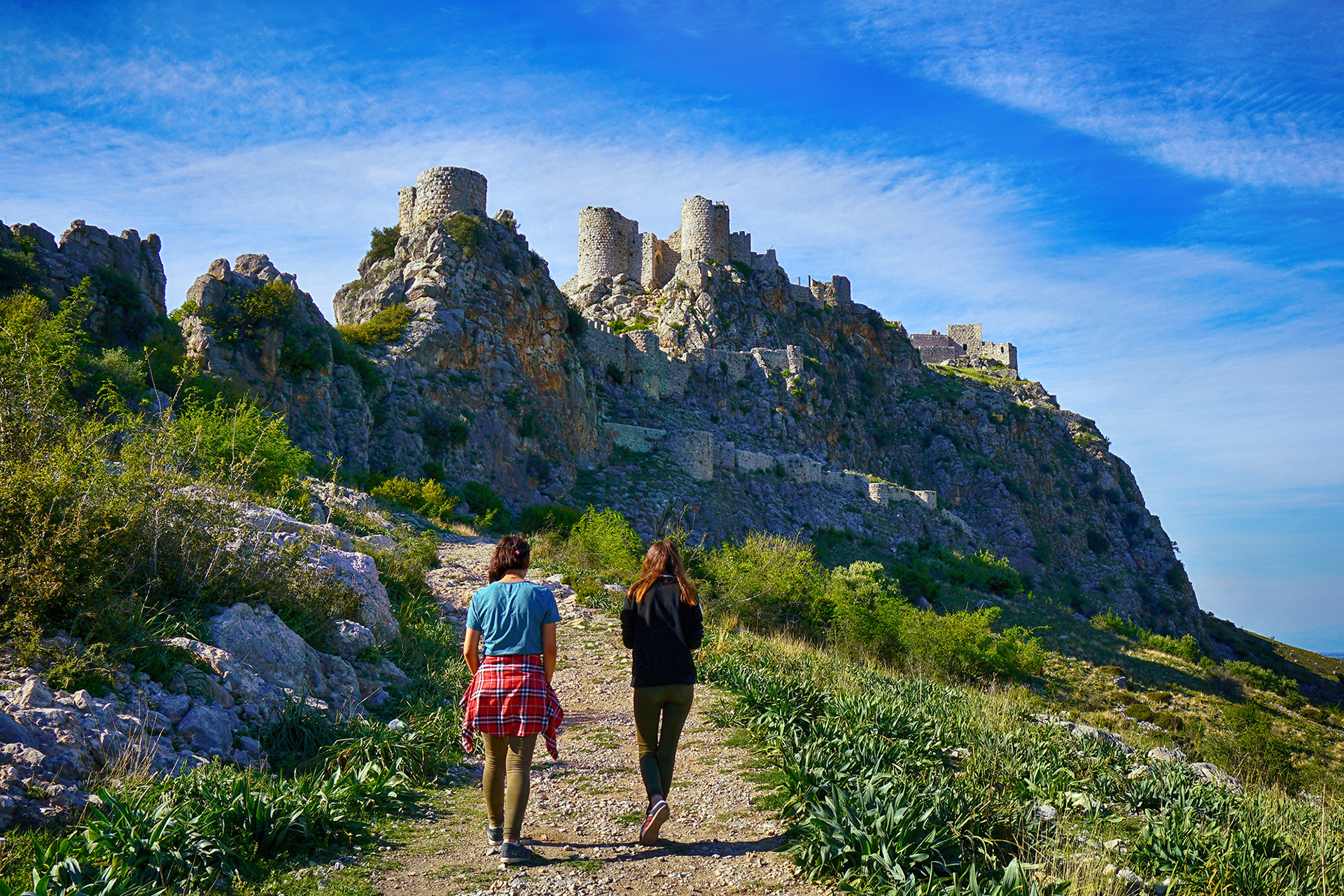 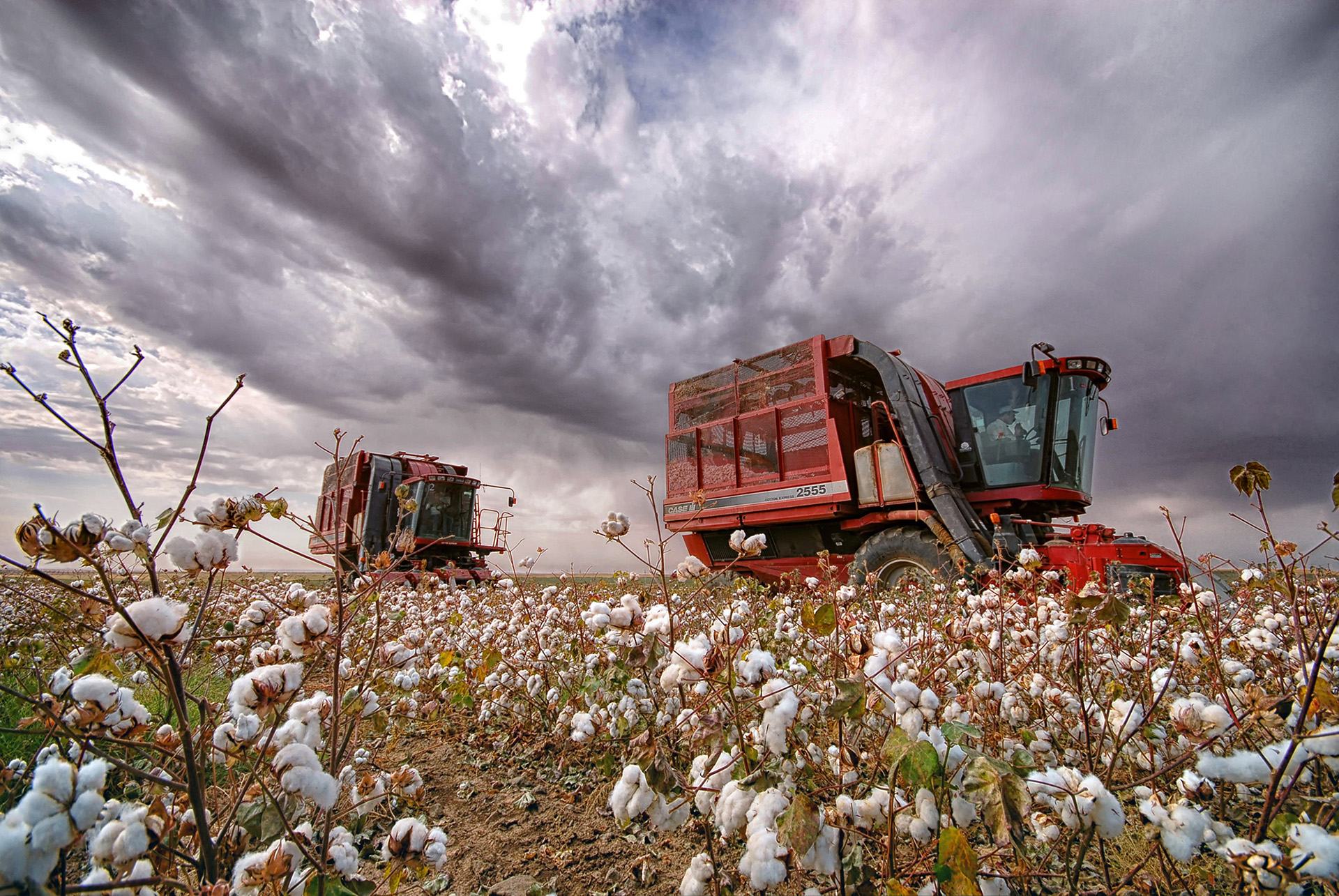 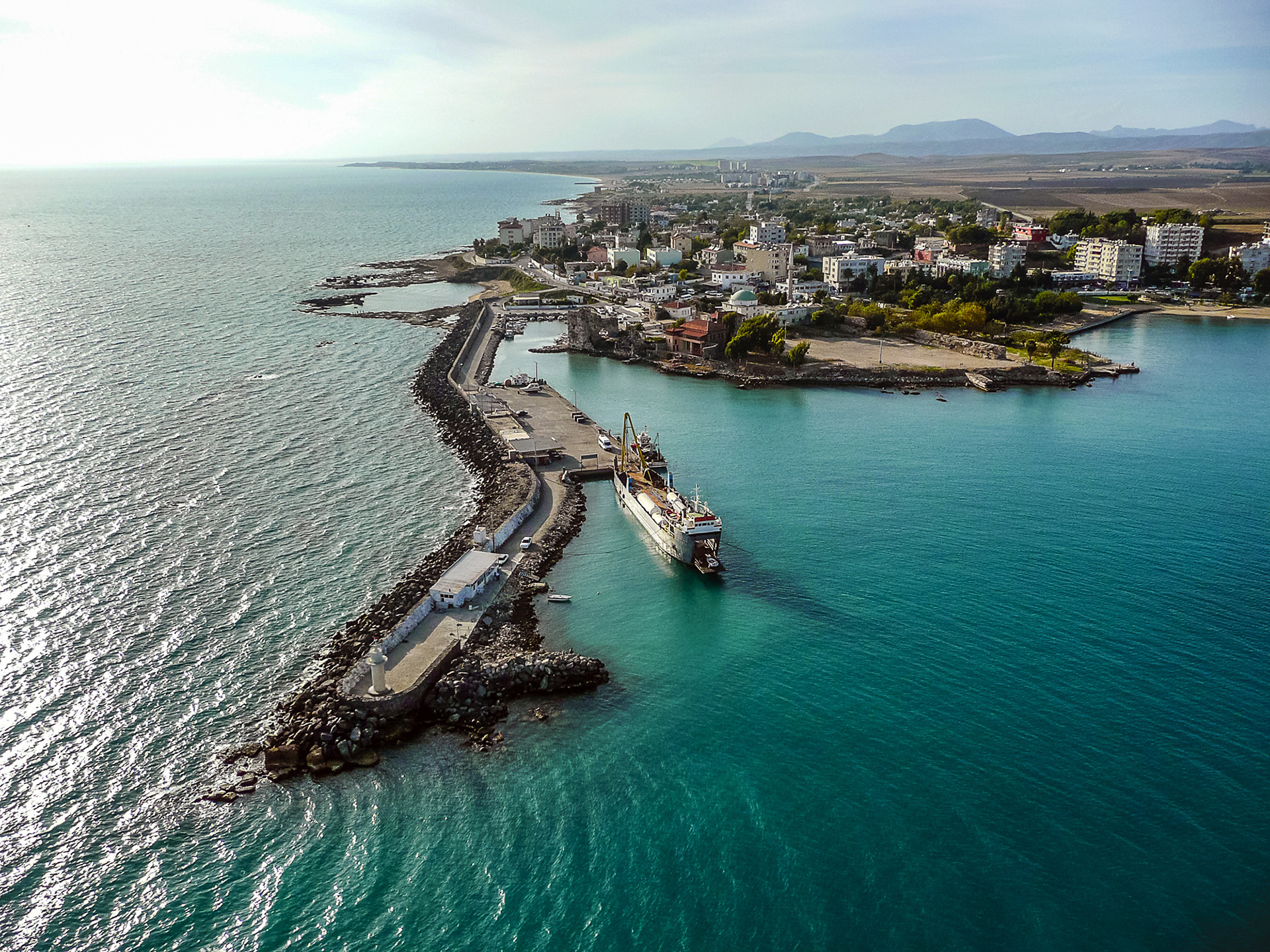 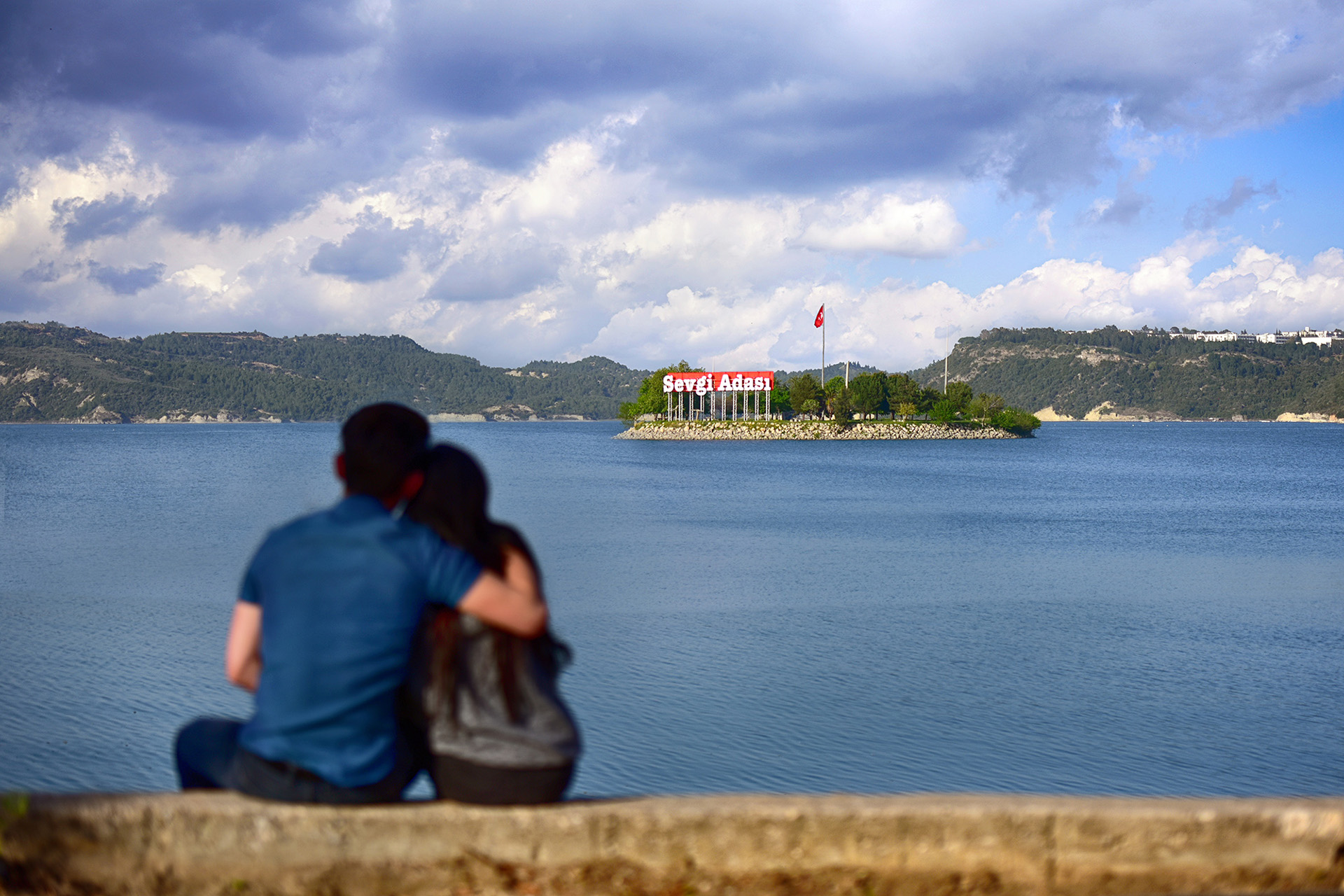 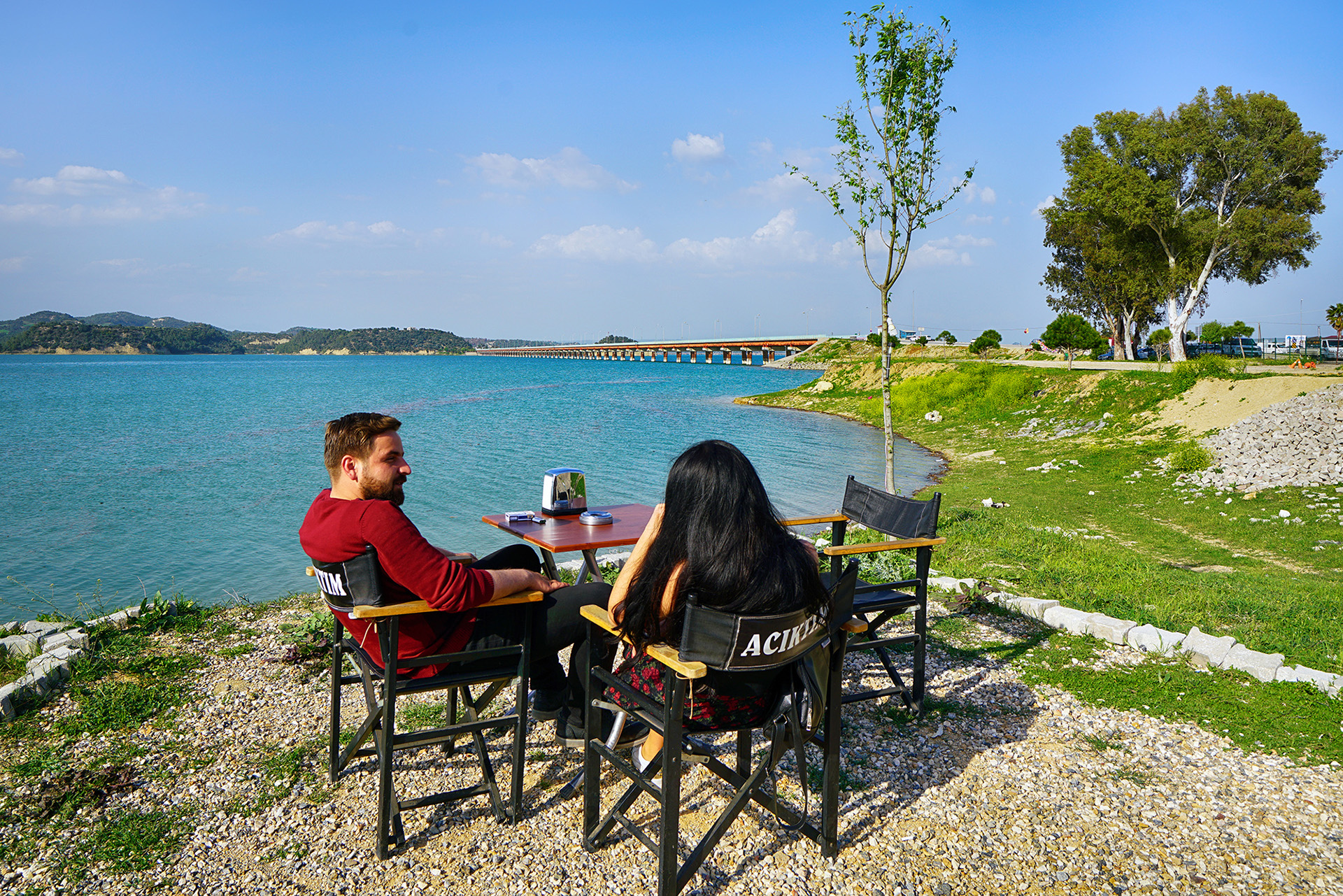 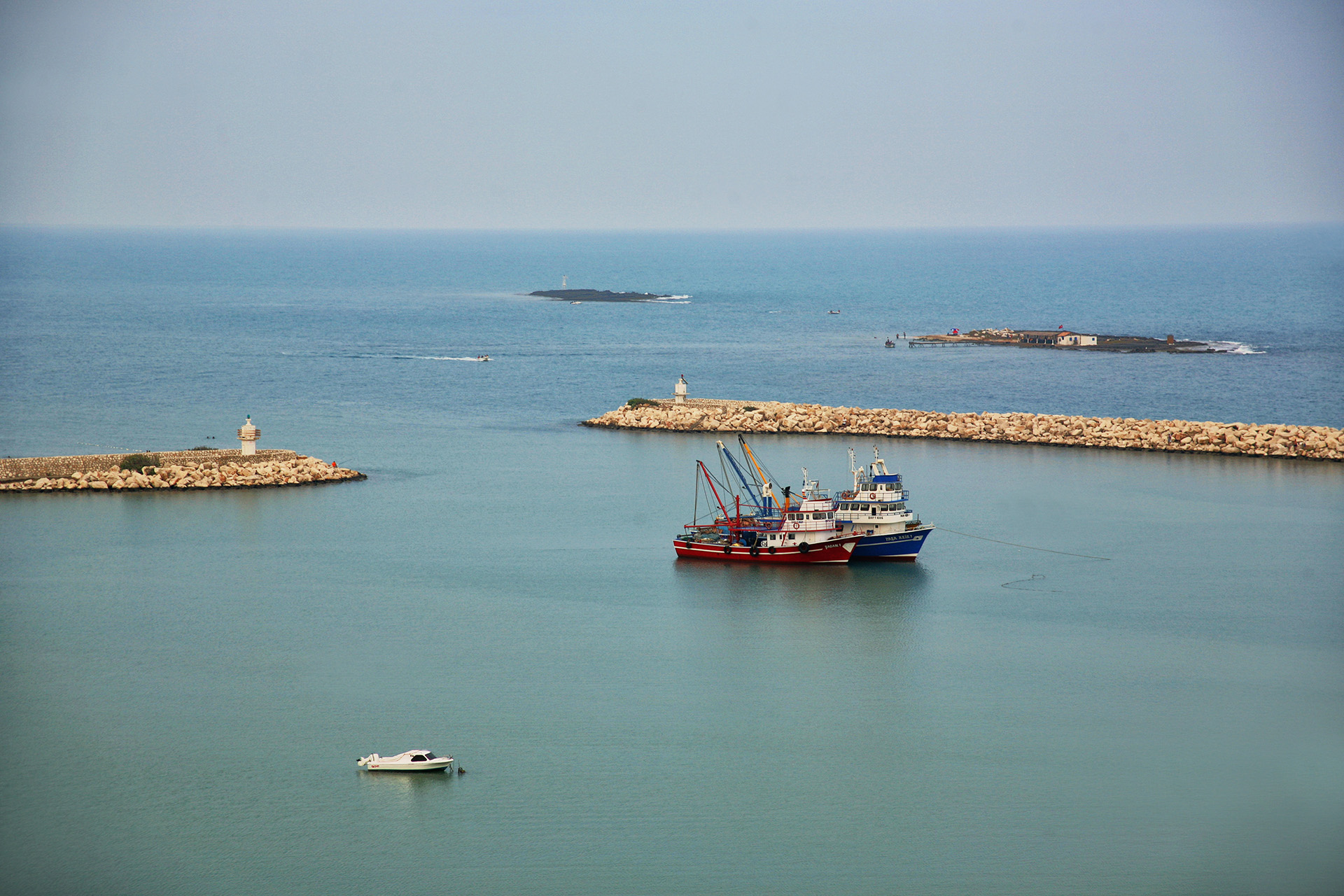 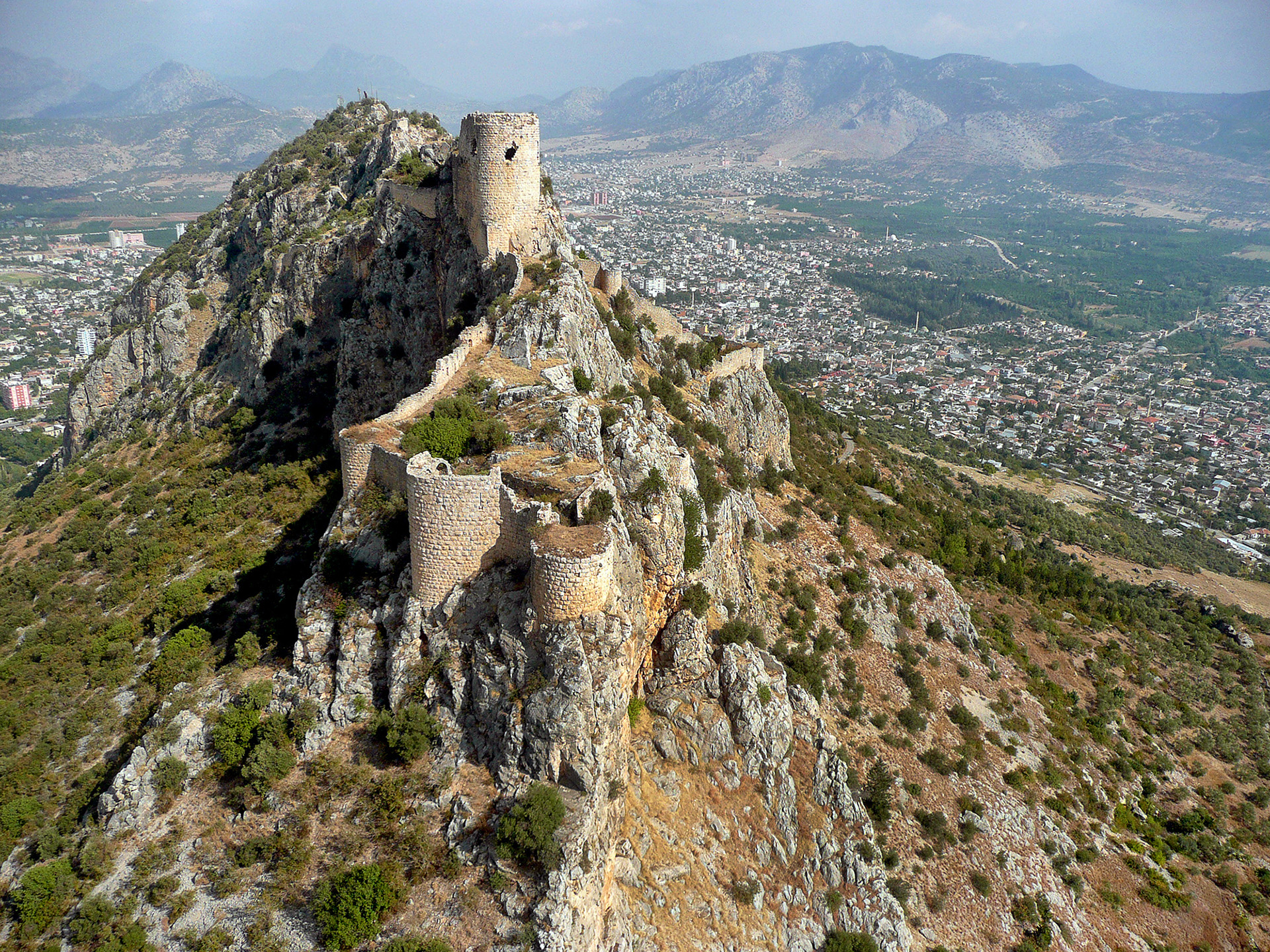 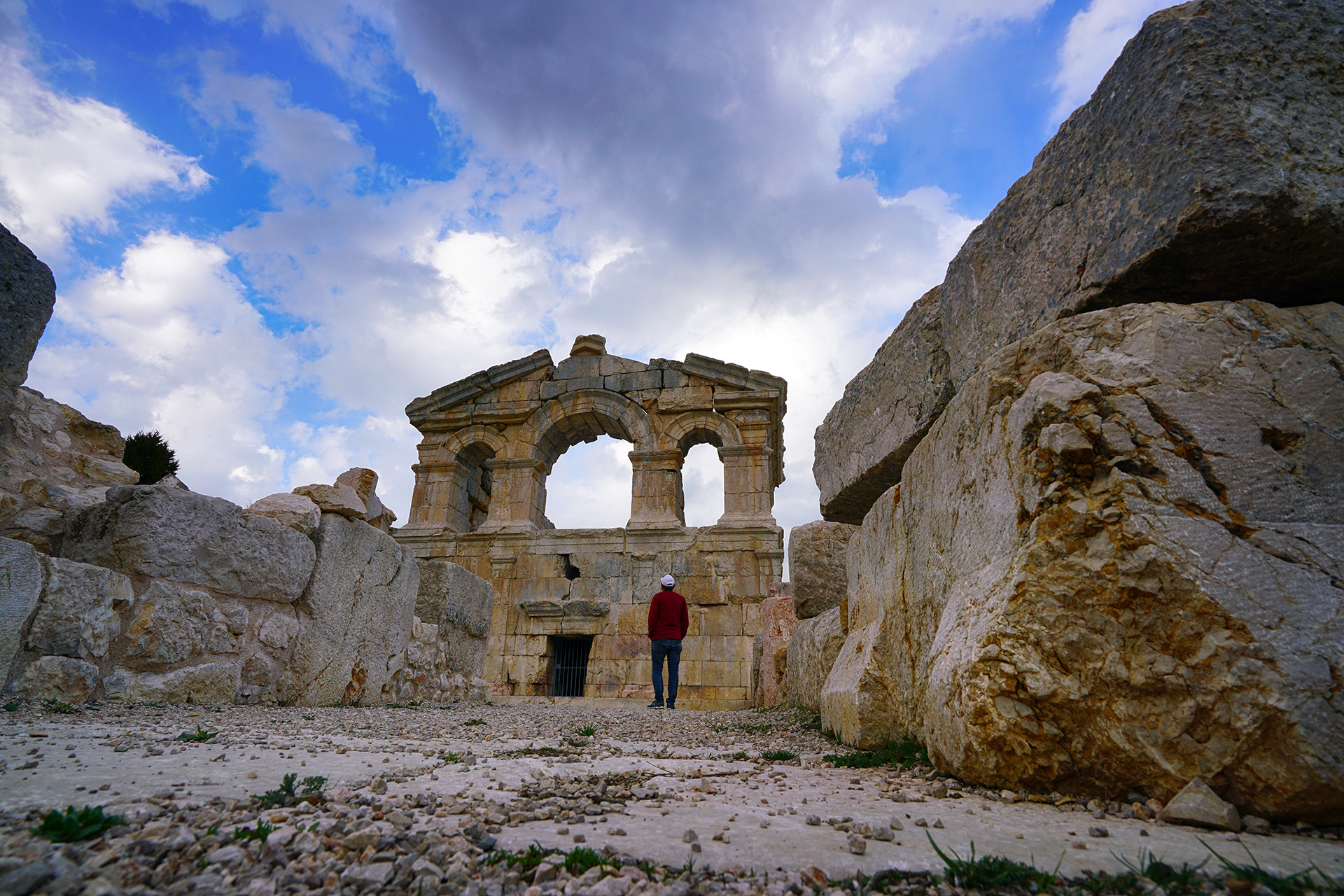 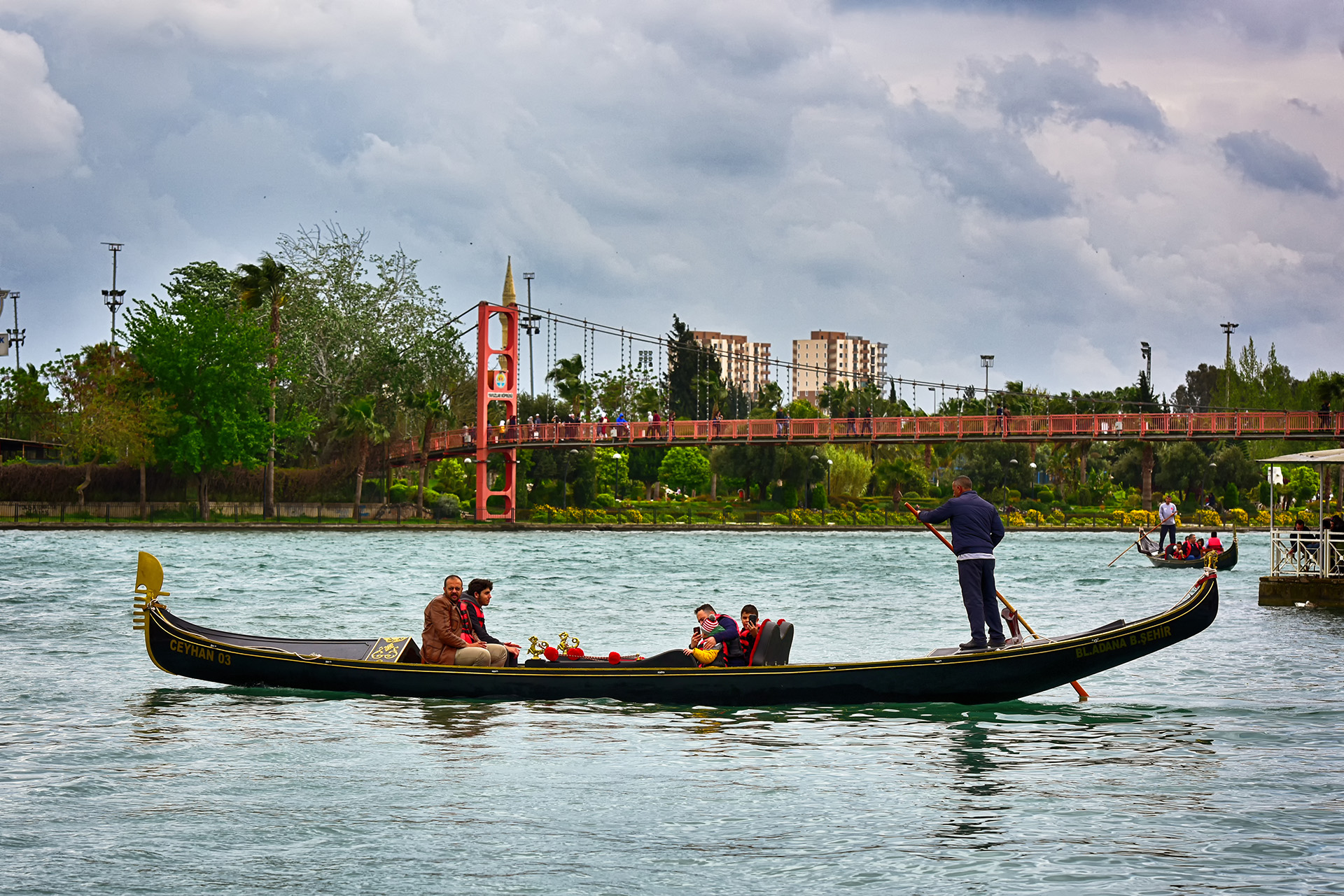